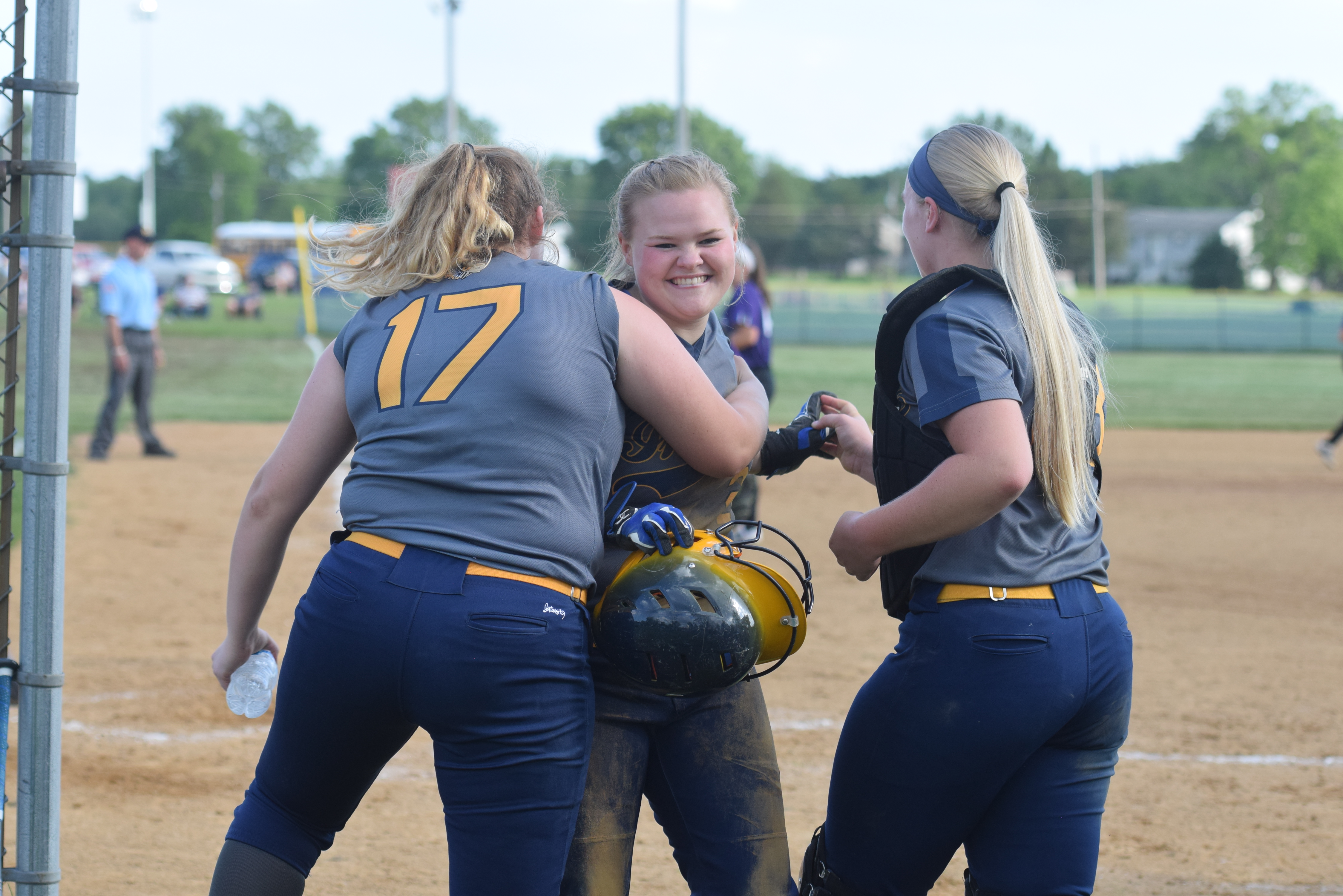 RED HILL >> The Upper Perkiomen softball team is headed to states for the third year in a row after a 10-1 District 1-5A quarterfinal win Wednesday afternoon over visiting Upper Dublin.

The fourth-seeded Indians (16-7) knocked out 17 hits, including homers by Sierra Fretz and Morgan Lindsay, and third baseman Kelsey Bernhart led a solid defense with two spectacular diving catches. Lily Dibble allowed seven hits and no walks in the circle for Upper Perk, which advances to a Friday semifinal at top-seeded West Chester East, a 1-0 winner over Interboro.

The game was an all-or-nothing affair, with the winner advancing to the PIAA Tournament and the loser going home for the year. And the Indians rose to the occasion with at least one hit from everyone in the lineup and five extra-base blows.

“They hit well today,” Upper Perk coach Dean Sullivan said concerning his players. “This is what is expected from this team. This experience when everything matters is something to build on.”

Upper Perk took a 1-0 lead in the first on a one-out single and steal by Jenna Sullivan and a line single to left by Lindsay.

Lauren Carboni and Korynn Bischoff singled to start the second for the fifth-seeded Cardinals (14-7) from the Suburban One American Division. Then Bernhart short-circuited what might have been a big inning.

The next batter popped up a bunt and Bernhart charged in and made a diving catch in foul territory. Then she dove to her left to make another big-time catch of a line drive by the next batter.

“That’s my strongest thing, pretty good effort,” said the junior third baseman, who caught another liner in the third and fired to first for an inning-ending double play as part of her four-putout, two-assist day. “I don’t really think about diving. What happens happens. You had to put your heart out on the field today.”

“That’s what we want Kelsey to do, make those plays and get dirty,” said coach Sullivan. “She wants to be there.”
The Cardinals tied it that inning on a double by Brianna Kesslick, but another runner was out at the plate to retire the side.

“We never got a big inning that we typically get,” said Upper Dublin coach Heather Boyer, a Spring-Ford graduate. “That third baseman did a great job down there. That was a big change of events right there.”

The Indians regained the lead in the third on a leadoff triple by Gail Kooser and a wild pitch and added three more in the frame on singles by Sullivan and Dani Freer and a three-run shot to left by Fretz. Upper Perk tacked on three more in the fourth, another in the fifth and the final run in the sixth on a towering drive to left by Lindsay.

“We work all together,” said Bernhart. “We’re a strong team because we work together.”

The defense helped out Dibble again in the fourth when catcher Lindsay make a good catch of a foul pop near the backstop with two runners on. Dibble allowed only a single and a hit batter over the final three innings.

“Lily kept everyone off-balance,” said coach Sullivan. “She hit her spots and kept them off-balance most of the day.”

The Cardinals were making their first district appearance since 2004.

“The girls have worked very hard during the off-season,” said Boyer. “Especially our seniors. Not only did they work hard, they changed the culture to the better.”

Upper Perk won Class 4A titles the last two years, but coach Sullivan thinks his team will be ready for East (20-3).

“We play teams like Spring-Ford and Owen J. Roberts, the bigger schools,” he said. “We’ll be prepared.”

“It’s crazy,” added Bernhart. “It’s so crazy. It’s so awesome to be part of this team. It’s a great experience.”

Seidel, Gwynedd Mercy shut out Upper Moreland in District 1-4A semifinals
No. 1 Spring-Ford puts past in the past, smashes Quakertown