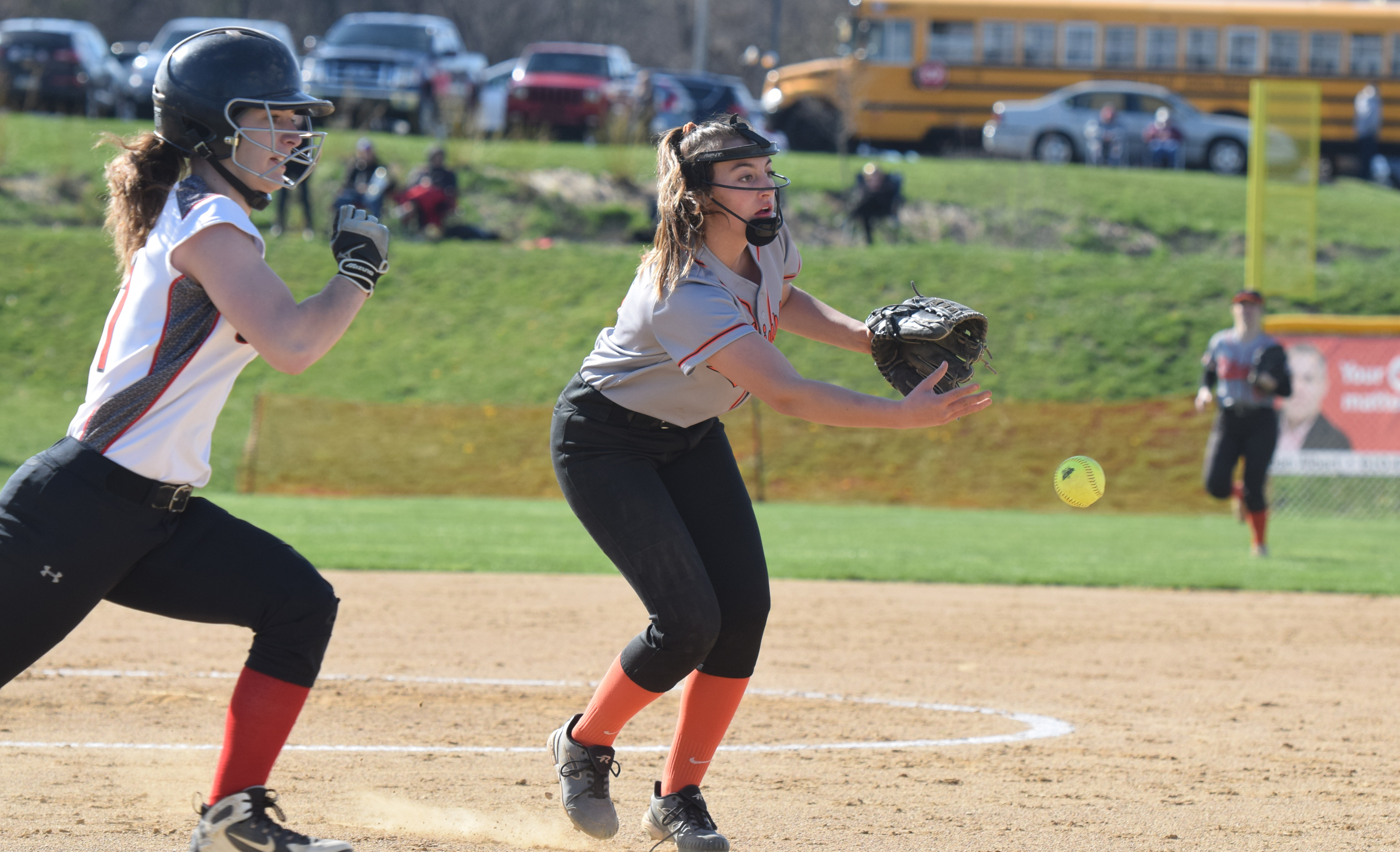 Perkiomen Valley 3, Hatboro-Horsham 1 >> Down to their last at-bat, the No. 23 seed Vikings rallied with a three-run seventh inning to advance in the District 1-6A playoffs.

Katie Hurd worked out of a bases loaded, zero out jam to keep the deficit at one in the sixth inning. Josie Strechay’s RBI single tied the game while Strechay later scored on an error and Jordan Sell’s RBI double gave PV the 3-1 lead that Hurd finished off half an inning later.

Hurd allowed two hits in two innings for the win in relief of starter Ava Macalis (5 UP, 3 hits, 1 R, 2 K, 2 BB), who exited after being hit by a line drive.

Perk Valley takes on No. 7 Haverford in the second round Wednesday.

Methacton 7, Truman 3 >> Tori Bockrath’s solo shot in the bottom of the fourth was the highlight of the Warriors’ District 1-6A playoff win.

Nichole Dorn and Bockrath had two hits apiece for Methacton. Caraline Newman and Nicole Timko drove in two runs each. Caroline Pellicano pitched a complete game, allowing one earned run and striking out eight batters compared to just one walk.

No. 9 seed Methacton will play No. 8 seed Garnet Valley in the second round.

West Chester East 11, Pope John Paul II 1, 6 INN. >> The No. 16 seed Golden Panthers couldn’t muster much at the plate as they fell to the top seeded Vikings in the District 1-5A first round.