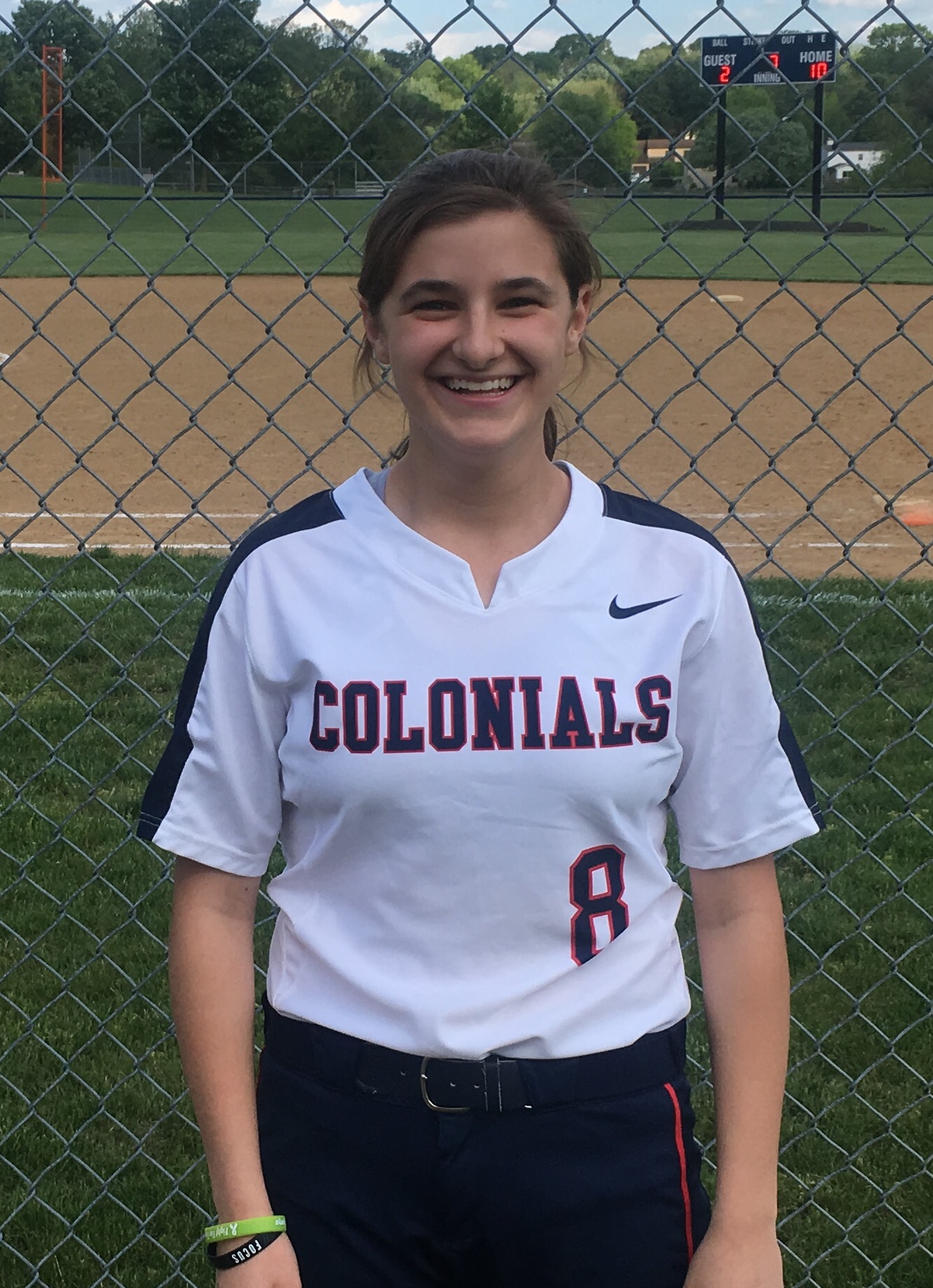 WHITEMARSH >> One showdown set up another.

“This is huge,” Plymouth Whitemarsh’s Emma Carney said after her team’s 10-2 victory over rival Upper Moreland on Wednesday. “This is one of the games we needed to win to determine our spot in the playoffs. Hatboro-Horsham’s a tough team. We’re gonna play them and see where we stand.”

By virtue of their win over the Bears, the Colonials will battle for first place in the Suburban One League American Conference on Thursday, at home against the Hatters.

PW racked up 15 hits on Wednesday, including four for extra bases. Carney smashed a triple, a double, drew a bases-loaded walk and finished her day with a pair of runs scored and three RBIs.

“We knew they were a tough team and this isn’t the first time we saw this pitcher,” Carney said of right hander Jocelyn Baumeister. “So we all just had a good mentality up at the plate.

“(In my first at-bat today), I knew she was throwing a little high but she was also hitting her spots as well. So the second time I got up, I was ready to hit.”

A ground ball by Jen Byrne brought another run in for the Colonials (11-2 SOL American), another scored on an error, and Carney’s bases-loaded walk widened the margin to 9-0.

“They’re well-coached and they have some really nice athletes and good hitters on that team,” PW coach Dana Moyer said of the Bears. “So I’m glad that we came out to play today.

“A lot of different people contributed. And it was a lot of people that don’t contribute all the time. It was more of a team effort today, and that was really nice to see.”

The Colonials got a hit from every starter and also a reserve to provide a robust day at the plate. Allison Beausoleil got the win on the mound, blanking the Bears (11-3 SOL American) until the sixth.

Gianna Fiorenza’s two-run single got Upper Moreland on the board.

“I didn’t feel like we brought our best today,” said Bears coach Scott Ludlow. “Credit to (PW). They hit the ball hard. They played clean defensively. Their pitcher kept us off balance all game long. They played a really nice game.

“We made mistakes defensively. We started swinging the bats a little bit, but at that point, it was a little bit of too little too late.”

Upper Moreland can now get ready for the District 1-4A Playoffs — the Bears will either be a two or three seed most likely against Gwynedd Mercy Academy.

The Colonials, who got the scoring started with an RBI double in the first by Josee Tassoni, came in ranked 18th in 6A, and can improve upon that with another win Thursday. Wednesday was the first step.

“Huge,” Moyer said of the win. “I know that Hatboro is going to seek vengeance (for PW’s earlier win over the Hatters), but we’re gonna come out and we’re gonna play the same game that we’ve been playing and try to ride off the win from today.”