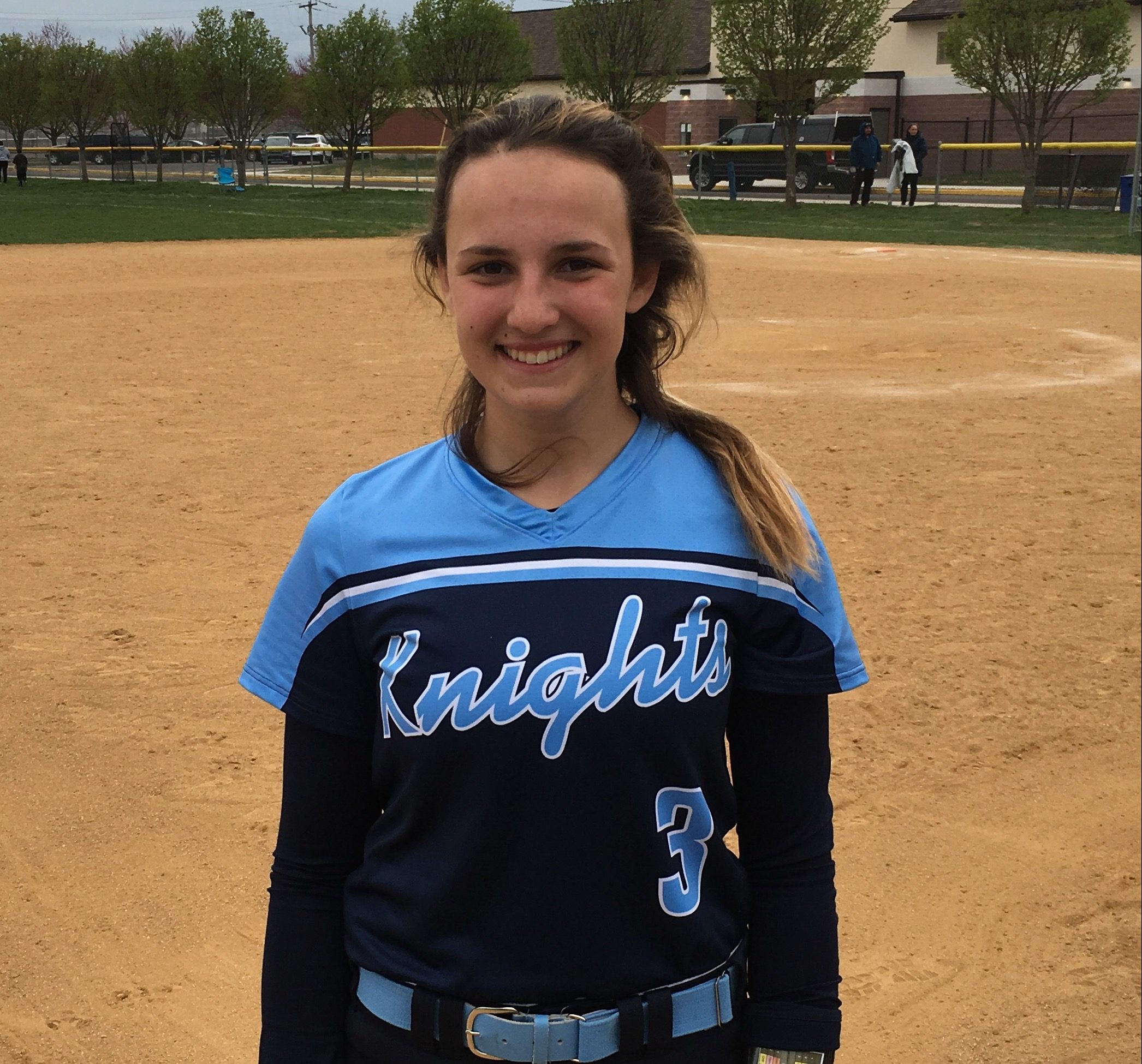 DOYLESTOWN >> Of the nearly two-dozen strikeouts Mady Volpe racked up in the cold on Thursday at rival Central Bucks West, none was more important than the one she got in the bottom of a pressure-packed ninth inning, with two outs, the bases loaded and the count at 3-2.

“It was big. My catcher (Amanda Greaney) and I, we have such a good bond,” Volpe said. “She was hyping me up so I knew that she had my back no matter what.”

Volpe caught Anna Rodenbaugh looking at a called third strike, and the threat was ended. North Penn went charging into the early evening, breaking the scoreless tie in the top of the 11th, and Volpe locked things down in the bottom half to produce a 1-0 victory in a Suburban One League Continental Conference battle.

“It’s gonna help us a lot throughout the season,” Volpe said of the win.

Dominating with her screwball and rise ball, the right hander struck out 23 batters.

Volpe went all 11 innings for the Knights (7-0, 4-0 conference), allowing just one hit (not until the ninth) while walking two with one hit batter. West’s Kayla Gallagher went a strong nine innings, allowing no runs off of four hits while striking out nine and walking seven.

The Knights took their 1-0 lead in the top of the 11th. With a runner (Elia Namey) placed on second to start the inning, Jamie Beer’s sacrifice bunt quickly moved Namey over to third.

Volpe drew a walk and Carley DiGiuseppe lined out. Then, with two outs, Sophia Collins lifted a single to center, scoring Namey for the 1-0 lead.

“And that was a freshman that got the hit,” Torresani said of Collins. “That’s just gonna build her confidence too.”

The Bucks (5-3, 1-3 conference) then began the bottom half with Ebani Welch bunting Maddie Leatherbarrow over to third.

Volpe struck out Courtney Levy for out number two, and then got Grace Dryden to get underneath one, popping out to right fielder Madison Reilly.

“We got good pitching. We had excellent defense. We just couldn’t find the hit to win the game,” West coach Geoff Thompson said. “They have an awesome pitcher. She’s tough. So I knew to beat them, we’d have to have some timely hits and we just didn’t get them tonight.”

The Bucks’ best chance came in that ninth. Leatherbarrow drew a walk to start it, and then Welch came through with West’s only hit of the contest, putting runners at first and second.

“It just shows senior leadership and all of the leadership on the team,” Volpe said of the victory. “And how anyone can step up in a game and make a difference. So I think it was a really good game for us to learn what we need to do in pressure situations.”