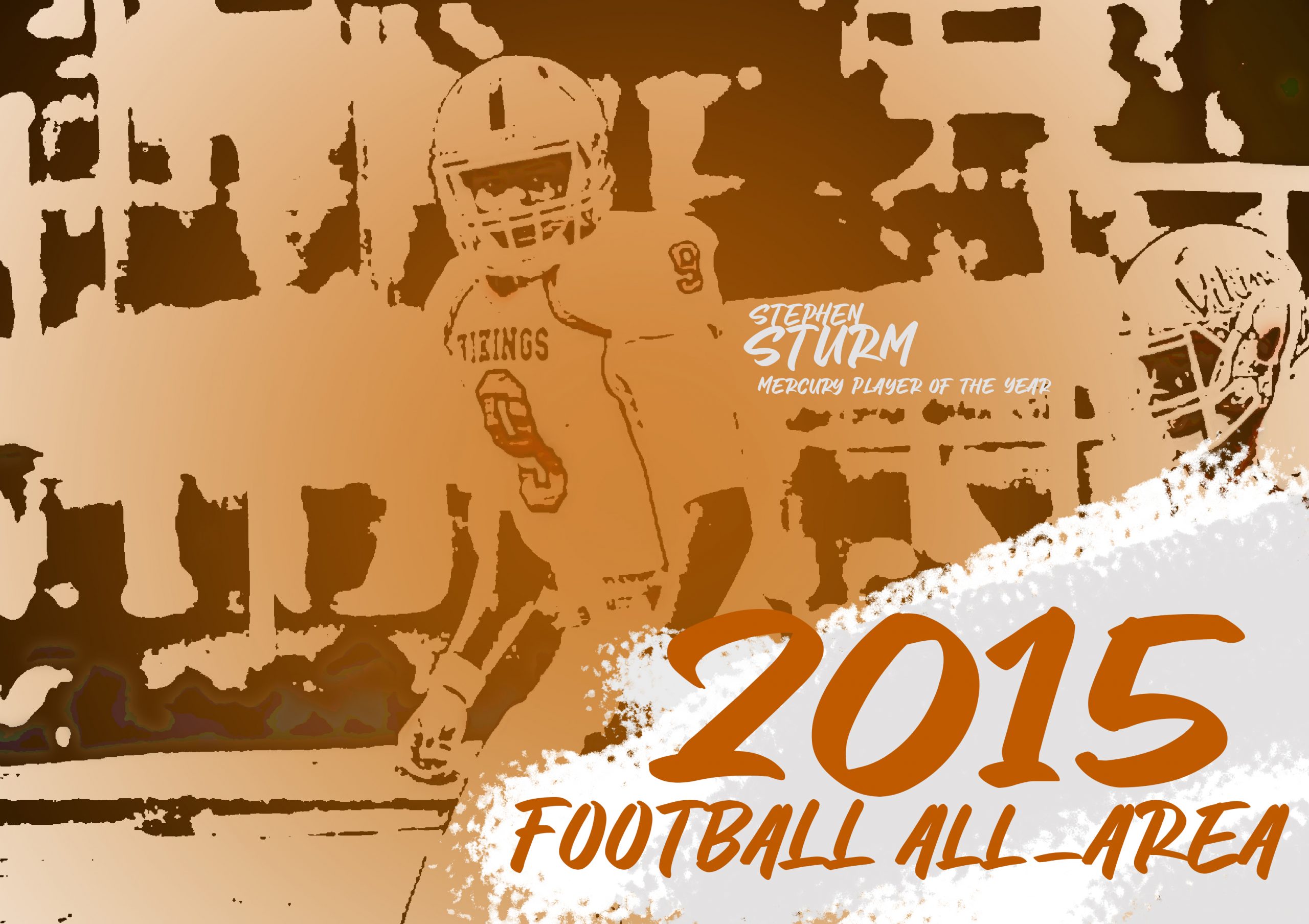 His breakout sophomore season was seen as an added bonus to a Perkiomen Valley team that won its first outright championship in school history.

“I had to sit down and think that I am the quarterback on this team and that people will be looking to me for leadership skills,” the junior signal caller said. “I thought about it a lot. I knew it was my junior season so I knew I had to have more of a voice on the team. I knew they’d respect what I had to say because I’ve been there and helped our team win games in the past. I didn’t want to take any of the spotlight away from the seniors in my sophomore season, that was my learning period and they were a great group. This year, it was my time to step up.”

Boy, did he deliver.

Sturm exceeded the lofty goals he had planned for himself, shattering PAC-10 records in passing yards (3,087) and passing touchdowns (31) in leading the Vikings to their third straight District 1-AAAA playoff appearance and their first district home game since the 2007 season. For that, Sturm earns the title of Mercury All-Area Player of the Year, the third time in four years a Perk Valley quarterback earns the area’s highest honor.

His reaction to earning the nod as the area’s most valuable player?

“Looking back, I had a really good year and that was because of everybody around me,” Sturm said. “Our offensive line stepped up and became one of our strong points. Our backs helped me, Ronnie (Arch) especially in putting him in protection. He can do everything but the one thing he struggled with was pass blocking, but he really worked on that in the offseason and it really showed. Dave (Williams), Aaron (Morton), Justin (Jaworski) and Sean (Owens) stepped up in a big way, especially Justin. He never left the field and he pretty much did it all for us.

“I’m not the kind of guy to want the awards and be in the spotlight. If I had it my way I’d be the one to sit back and fly under the radar.”

Going forward, it’d be almost impossible to remain incognito…both in the PAC-10 and the rest of the district.

That’s how good his junior season was.


Sturm threw at least a touchdown each game and never finished a game with less than 115 passing yards en route to leading the team to a 10-2 record and a second-place finish in the PAC-10. His 31 touchdowns and 3,000-plus passing yards both broke longstanding records set by former Perk Valley quarterback Zach Zulli, a Harlon Hill Trophy winner at Shippensburg University and special assistant to the Vikings this summer camp.

“I didn’t know about his records, really,” Sturm said. “Obviously I looked up his yards but I had no idea exactly what they were. I was just hoping to break 2,000 again and 20-plus touchdowns.

“But beside that, the most important thing for me was to become a leader on the field for my team. My father (Ken Sturm who served as assistant coach at George Washington and head coach at Overbrook) was the one telling me that I was the quarterback, that I needed to lead this team. Then hearing it again from coaches, Coach (Scott) Reed and Coach (Rob) Heist really helped me realize that I needed to do that as a player.

“I showed up to every single thing that we had, whether it was lifting or running routes at 6:30 in the morning or summer workouts, coming here to run. If you want to be good, you have to put in the time.”

Sturm compiled three games with four touchdown passes, including a 329-yard performance in the Vikings’ 56-36 Week 1 victory over All-State Player of the Year Brandon McIlwain and Council Rock North. He led the Vikings offense to a PAC-best 42.7 points per game and his veteran presence helped a young offensive line grow throughout the season, a flip-flop of the team’s situation last season where he relied on a veteran offensive line to give him more time in the pocket.

His play didn’t dim when it came playoff time as Sturm, coming off a regular season-ending loss to Spring-Ford in the de facto PAC-10 Championship (298 yards, one touchdown, one interception in 28-14 loss), threw for 307 yards and three scores in the team’s opening-round district victory over Haverford, the team’s first district victory in two seasons and the first for Sturm.

“The Spring-Ford game was the one game that I really wanted to win,” Sturm said. “I felt that our team put a lot of time and effort into preparing for it. We weren’t trying to make it some type of Super Bowl, we were just treating it as another game. Unfortunately it was one of those nights that we didn’t have it. They had a real nice gameplan, I give credit to them because they do have a lot of good football players on that team. They did some little things on defense that go to me. It was just one of those nights.

“Winning in districts was validation that everything we did in the offseason paid off. We kind of felt what would you rather do, win the PAC-10 and lose the first round of districts or lose the PAC and win in the first round. The fact that we did that gave us a big confidence boost coming off a hard loss, it was a real special moment.”

One he won’t forget, but for Sturm, there’s still work to be done.

And if his senior season rivals the one he had in 2015…watch out.