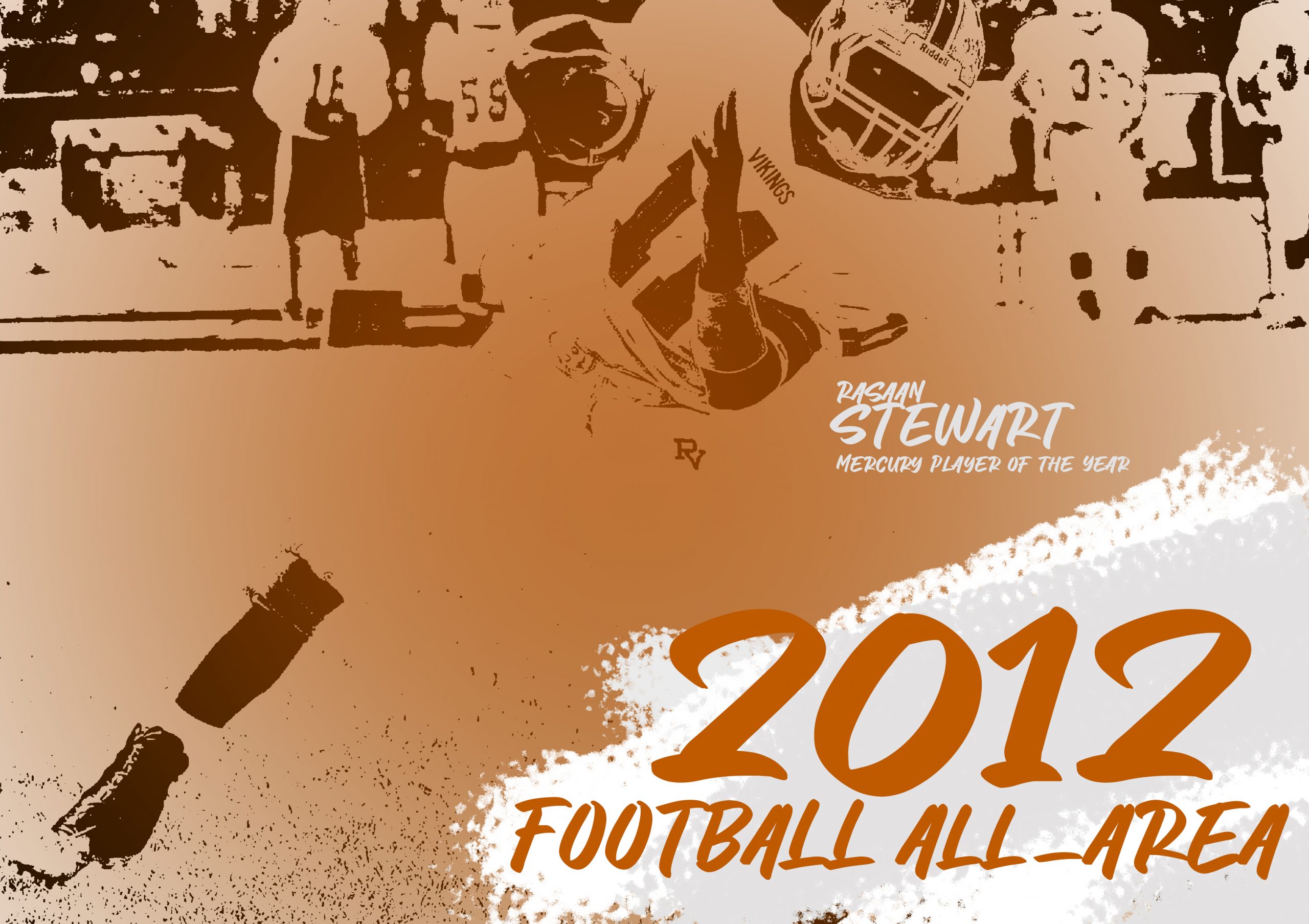 GRATERFORD – After Scott Reed went through three different quarterbacks in three seasons at Perkiomen Valley, he and assistant coach Rob Heist were determined to find someone, preferably an underclassman, to be a work-in-progress and, hopefully sooner rather than later, the centerpiece of their offense for two or three years.

While sitting through rain and unseasonably cold temperatures to watch one of their junior high school team’s games two years ago, a very athletic Rasaan Stewart caught their collective eye. But Stewart was a tailback.

The following day, both Reed and Heist met with Stewart and asked him to throw the football…

“It was horrible,” Stewart recalled. “I wasn’t using my legs, just all arm. I couldn’t even throw a spiral.”

“We were impressed watching Rasaan run the ball, and we had running quarterbacks before,” Reed explained. “We thought he’d fit (that role), and Heist thought he could teach him to throw the ball.”

Reed and Heist, as well as everyone else on the Perkiomen Valley staff, thought right.

After learning his new position and leading the Vikings to a winning season as a sophomore, Stewart came back this past season looking like — and, more important, producing like — a veteran quarterback.

Stewart ran for 1,210 yards and 21 touchdowns, and completed an area-high 61 percent of his passes that added up to another 1,636 yards and 12 touchdowns.

All that despite missing one game with an injury … and all that despite anchoring the defensive secondary at safety and contributing a team-high 97 tackles.

“The expectations got a little higher a bit quicker than I thought,” Reed said of Stewart — The Mercury’s 2012 All-Area Football Player of the Year. “In 10th grade he did some nice things, but he was a better runner. He was in a little over his head at times, though, and he was feeling his way out.


Stewart — the son of Chris and Cynthia Stewart — was born in Louisiana and lived in Japan for three years, just some of the moves his family made because of his father’s career in the military. He moved into the Perkiomen Valley area in sixth grade, and began playing football the following year … as a running back.

And he never thought he’d be doing anything else except carrying the football, at least when he wasn’t playing basketball and baseball or running track.

“I realized the coaches saw something in me, so I wanted them to count on me as the quarterback,” Stewart said. “I just started working on my mechanics, the basic stuff I didn’t have down at first. My sophomore season was all about experience, getting into the games, getting that live action. It showed me what it was like to be a quarterback, and I had to build off it.

“That (sophomore) season I was too quick to run, though. If a situation came up that I wasn’t too comfortable with I just took off and ran. I didn’t want to lose yards, and most of my ability was running. I guess I was still feeling out the position.”

Stewart wasn’t anywhere near satisfied with his debut.

“I think my turning point was at the end of my sophomore season, when I dedicated myself to working hard to get better,” he explained. “The coaches had faith in me, so I felt I couldn’t waste that opportunity. I had to work hard.

“Rasaan is a perfectionist,” Reed said.

“That I am,” Stewart acknowledged. “I am my harshest critic. I get mad at myself when I make a mistake. The interception against Plymouth-Whitemarsh and the other against Pottsgrove… I have to be better than that and help my team.

Needless to say, the numbers he produces, as impressive as they may be, are meaningless to Stewart unless they add up to wins and championships.
But Reed thinks they may, especially with him directing the hurry-up, no-huddle Vikings offense.

“Rasaan makes it happen,” Reed said. “Our offense is perfect for him. We try to create a sense of urgency, and we want our offense to play with a sense of urgency. Rasaan is the guy who can handle that pace and remain mentally sharp. He’s not the patient type because he wants to go all the time.”
That was never more evident than this past season.

And while going full-time on offense, he did the same on defense.

“I’d ask him at times if he needed a breather,” Reed said. “His response was always the same, ‘I’m not coming out coach.’ He’s so competitive … just an unbelievable competitor.

“And he plays defense with such passion. As crazy as it may sound, he’s probably better on defense. Most of the time this season, we didn’t even notice him on defense because he did such a great job.”

Just not quite as good a job as Rasaan Stewart feels he’s capable of.

“I think about football every day,” he said. “This was a good season, but I definitely want (Perkiomen Valley) to win a PAC-10 championship and get into the playoffs. I want to see what that’s like.”

“I don’t know of anyone who will work harder to achieve that than Rasaan,” Reed added.