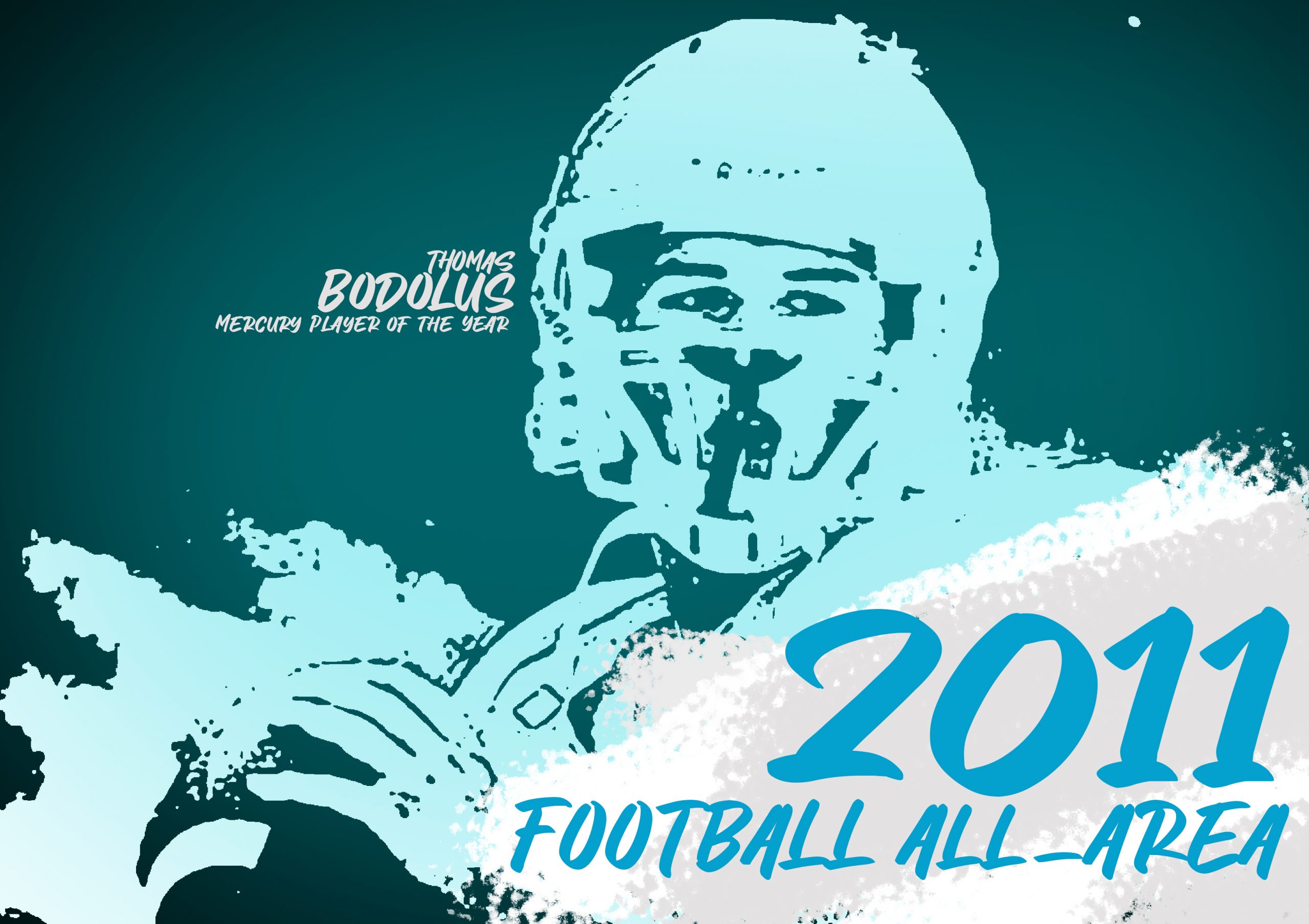 Through pre-school, kindergarten and on up into second grade, Tommy Bodolus spent nearly every afternoon sitting through football practices at St.
Pius X, where his father was the head coach.

Bodolus wasn’t force-fed football, mind you, but it didn’t take long for the toddler to become fond of the game. His interest – and good behavior, of course – earned him a promotion to water boy at just 5 years of age. But when he wasn’t lugging the water bottles onto the field during timeouts and into the locker room at halftime, he was watching … and learning.

He continued to learn more and more about the game as a little-older, but still-very-young sideline helper for his dad when he became the head coach at Daniel Boone, too.

And, as they say, he learned well.

And to think he just wanted to be like one of the guys he used to watch every afternoon and cater to – with the water bottles, that is – on Friday nights and Saturday afternoons.

“I always looked up to (the St. Pius and Daniel Boone) players when I was young,” Bodolus explained. “I used to watch them, pick up the little things they did. I wanted to be like them when I became their age.”

“Tommy had the opportunity to watch all those guys coming up through our programs at Pius and Boone,” added his dad, Dave Bodolus. “He was always very observant, and picked up things real well. That made it very easy to coach him.”

Real easy when considering what he accomplished during his four years in the lineup – all four in the defensive secondary and three on the offensive side of the ball – one as a wideout and the last two as the Blazers’ quarterback.

And there’s no question this past season was his best.


On defense, the 6-foot-1, 192-pound senior was credited with 101 tackles, including one sack. He intercepted one pass, forced two fumbles, recovered one and, what many may not have noticed, forced a lot of opposing coaches to scheme away from him. On offense, he not only completed 140 of 223 attempts for 1,775 yards and 19 touchdowns, but kept the ball himself 241 times in running for an additional 1,352 yards and 19 touchdowns.

“Sometimes you have to play the hand your dealt,” Dave Bodolus said when reminded his son threw for more yards (1,906) and touchdowns (25) and ran for a lot less yards (538) and touchdowns (7) a year ago. “We were a different team this year, and Tommy, by running more, helped make us a better team.”

Few could argue that point. A year ago, Tommy Bodolus’ work on both sides of the ball helped the Blazers reach the District 3-AAAA quarterfinals and finish with a school-record 11 wins.

This year, again taking few if any plays off, he helped the Blazers to the second round of the District 3-AAAA playoffs and 10 more wins.
In his four years, Daniel Boone qualified for the playoffs each season and won 38 of 49 games.

“Tommy started out in (the youth program) at Boyertown,” Dave Bodolus said of his son, who is being recruited by a number of Ivy and Patriot league schools, with Bucknell, Colgate, Holy Cross and Lafayette leading the race right now. “By the time he was in sixth grade he was playing running back, receiver … just about every position.

“But we thought he had the skills to be a quarterback. He did, too. He made good decisions with the ball, and that’s what you want. You want someone who can get out there and make the right decisions. That’s more important than any physical attribute. Hey, some guys can certainly look the part, but that alone doesn’t make you a good quarterback.”

“I always wanted to be a quarterback,” Tommy Bodolus said. “I always liked the position. You’re always touching the ball on every play.”

With everyone else on the team and around Berks County knowing his father was the head coach surely added to the pressure to perform, too. But he certainly responded.

“I’m sure he felt a little pressure,” Dave Bodolus said. “But I always felt if he was as hard a worker and as dedicated as everyone else that was good enough. Tommy has always had a great work ethic … and he always had those great football smarts.”

Tommy Bodolus admitted he got a little “smarter” growing up on the practice fields and on the sidelines at St. Pius X and Daniel Boone … watching all those quarterbacks (and other players, too).

There was Matt Troutman, who helped lead St. Pius to the PIAA-Class A state semifinals in 2001 – his dad’s final year at the school.

At Daniel Boone there was the record-breaking Chris Bokosky, followed by Casey Smith and Jon Monteiro, who Bodolus actually played alongside with as a freshman and sophomore.

“I learned a lot from those guys,” he said.