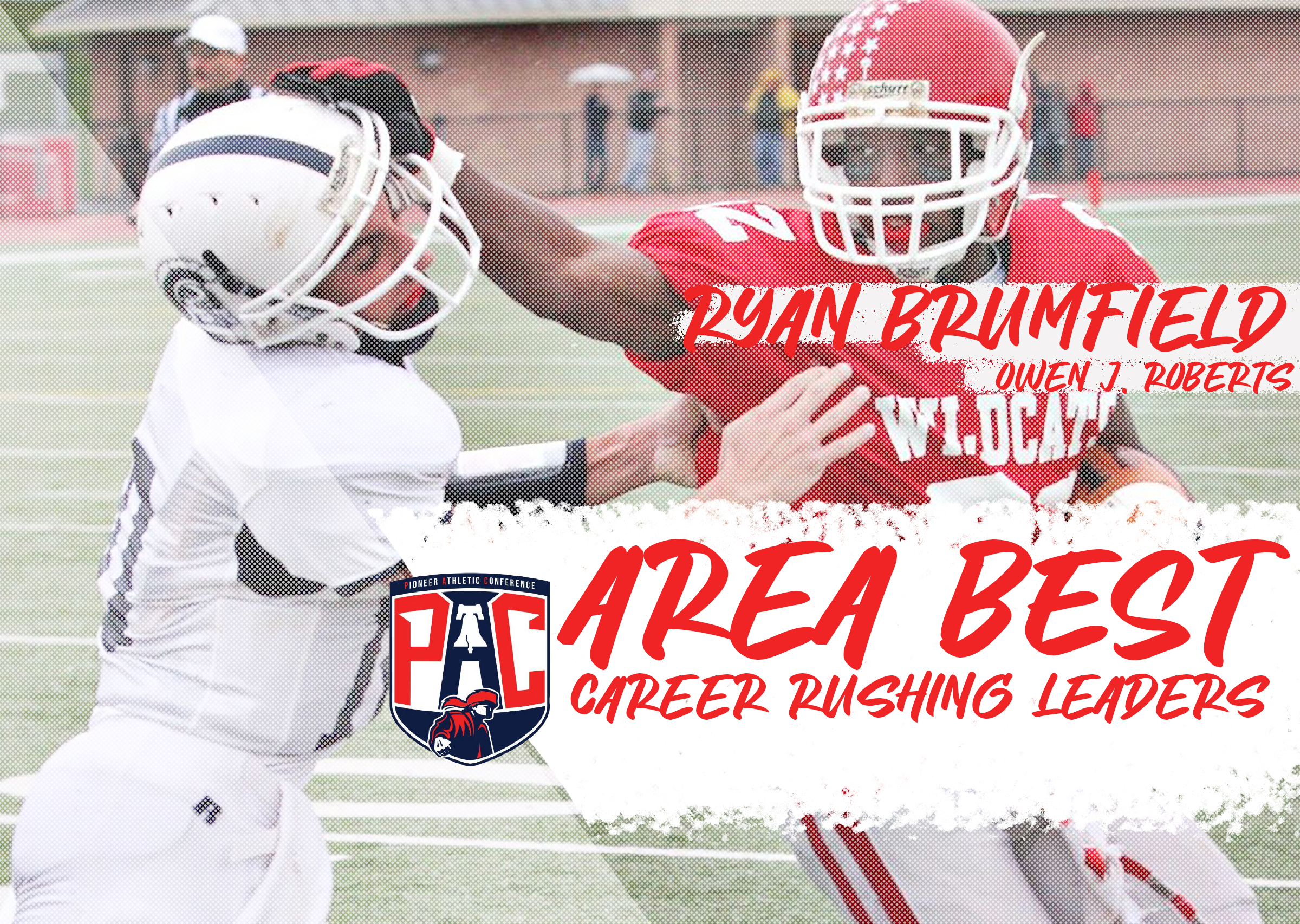 Owen J. Roberts’ Ryan Brumfield put together a prolific rushing career from 2006-10 that more than holds up a decade later. The 2011 Owen J. Roberts graduate led Pennsylvania in rushing yards twice to pave the way to 8,595 career rushing yards, second all-time in Pa. history upon his graduation. Brumfield was a 2,000-yard rusher three times, including a then-Pioneer Athletic Conference record 2,839 yards as a senior.

Brumfield is less of a runaway leader in career attempts, with St. Pius X running back Zack Pierce (Class of 2001) the only other member of the PAC’s 1,000-rushes club.

Samuel Stewart is the Assistant Sports Editor for the Pottstown Mercury. Sam is a graduate of Shippensburg University and covers football, boys basketball and softball for The Mercury. Email him at sstewart@pottsmerc.com