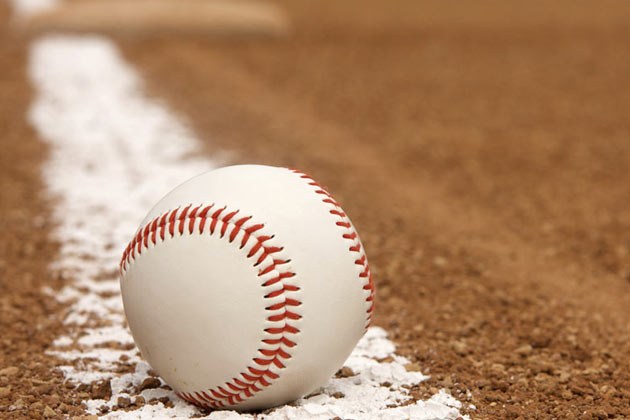 It was a classic Boyertown finish.

Using a walk to open up the bottom of the tenth inning of a tie game, the Bears used to sacrifice bunt to get pinch-runner Michael Raineri over to second base. Two batters later, Raineri crossed home plate after Ryan Jacobs delivered the game-winning single to send Boyertown past Upper Perkiomen, 2-1, in 10 innings. Pat Hohlfeld got the win on the mound, where he pitched the final 3-2/3 innings, allowing just one hit and striking out three. Jacobs finished 2-for-5 with a run scored while Quinn Mason was 2-for-3.

Elias Gabel-Tripp took the loss, allowing a run on one hit and three walks in 3-1/3 innings. At the plate, Kacey Myers finished 1-for-4 with a double while Trey Livingstone had a hit and a run scored.

Spring-Ford 15, Perkiomen Valley 4 >> The Rams scored seven runs to open up the afternoon then added seven more in the top of the seventh to take a PAC-10 win over the Vikings.

Sean McHugh (two runs scored, RBI), Sam Barletta (four RBI, run scored) and Ethan Hellberg (two runs scored) each notched a double on the day while Owen Gulati finished 2-for-2 with two runs scored and an RBI. Conor Larkin got the win, throwing 4-2/3 innings where he allowed two runs (one earned) on five hits and seven strikeouts. Nate Yoder had two hits for PV while Adam Gaines had two RBI.

Phoenixville 3, Pope John Paul II 1 >> The Phantoms gave themselves some needed cushion with a run in the bottom of the fifth and sixth innings to take down the Golden Panthers in PAC-10 play.

Phoenixville held a 3-0 lead before PJP got a run across in the top of the seventh. Luke LeBeau went 2-for-4 with an RBI while Nick Opalkowski was 2-for-3 with a run scored and an RBI. Matt Osisek-Byrne went the distance where he scattered five hits and struck out seven. Dan Cirino scored PJP’s lone run in the loss.

Stuart allowed just one hit and an unearned run while posting seven strikeouts. CJ Weaver finished 3-for-4 with two runs and two RBI while Josh Fulmer was 3-for-3 with a double, a run scored and an RBI. Alex Condello slapped a double and finished with a pair of runs and two RBI. Josh Gery had Potstown’s lone hit while Logan Pennypacker scored the team’s only run.

Cook scored two runs to go with three RBI while Patrick O’Neill scored two runs and two RBI as Methacton cruised after a 12-run second inning. Josh Dubost got the start and took the win, yielding just two hits across the first three innings and striking out four. Mike Gantert and Spencer Mitchell each had a double for Pottsgrove.

Renaissance Ac. 10, West-Mont Christian Ac. 6 >> Jake Weinberg held the Wings to four runs on six hits and finished with a double and two RBI as the Knights earned a Tri-County League victory.