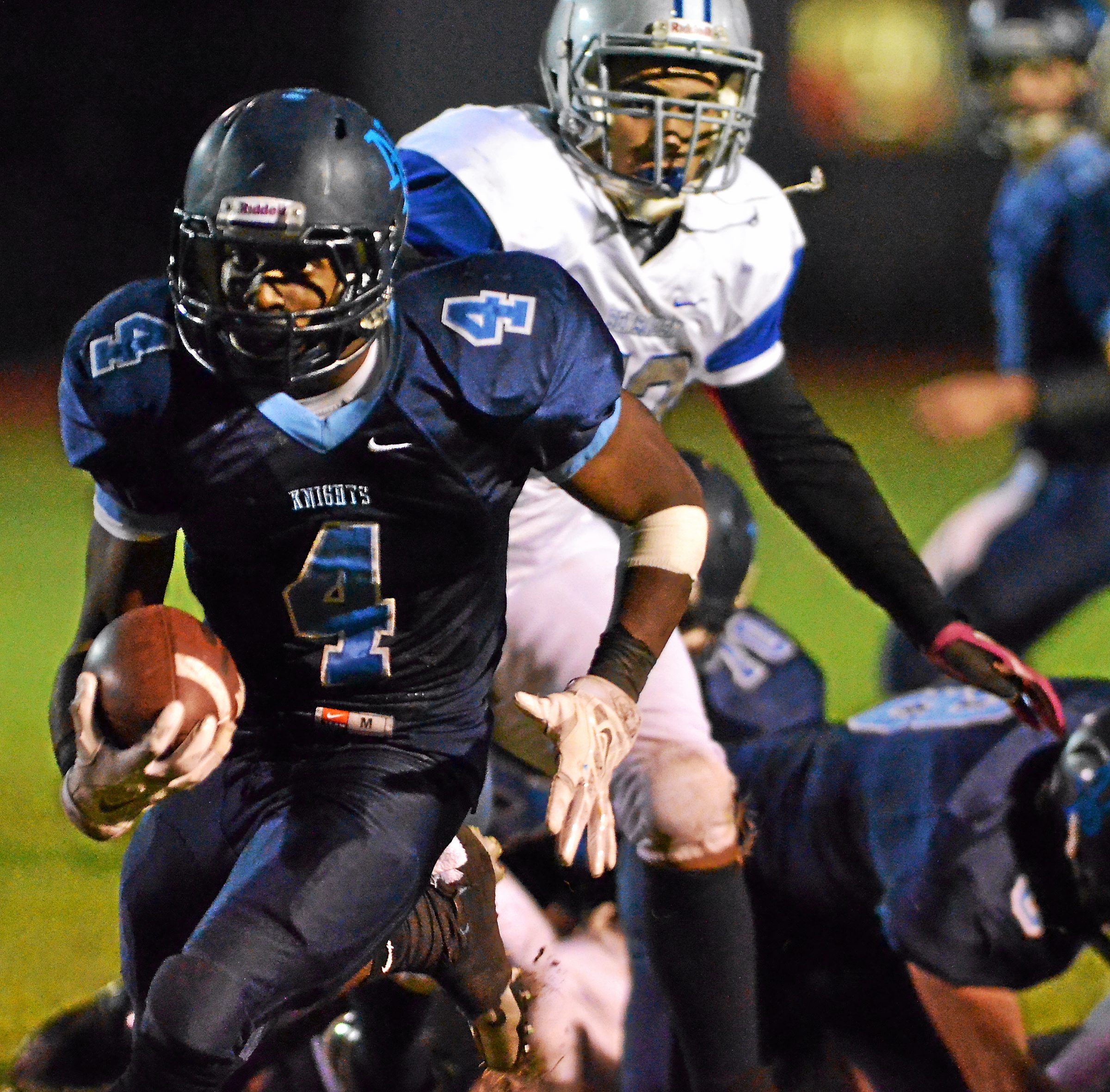 Even before those memorable Friday nights at Crawford Stadium, this was the dream.

West, a rising senior at NP, has realized his dream, committing to Division 1 Delaware State, where he will continue his football career on the college level.

“Fear the Swarm” is the Football Championship Subdivision program’s mantra, and West, a player whose intensity level matches his vast skills on the field, seems to be headed to just the right place.

“I thought the coaches were really straightforward and honest,” West said. “They’re really good guys. They promised a lot for the program next year, all you can ask for, and I have faith in them.”

West has been a driving force for North Penn, a workhorse running back with breakaway speed and toughness. The 5-foot-10, 195-pounder helped lead the Knights to back-to-back district-playoff appearances the past two years, including a trip to the District One Class AAAA Final in 2013, when West ran the ball 219 times for 1,596 yards and 12 touchdowns as a sophomore.

Last year as a junior, West was instrumental in a five-game winning streak that propelled the Knights back to the postseason.

“It feels really good,” the versatile running back, defensive back and kick returner said of what he’s accomplished during his high school career. “(I’ve had) two years at North Penn already and I have one more season on the way — just a month away. It feels really good.”

Delaware State — which plays in the Mid-Eastern Athletic Conference (MEAC) — has a new coaching staff in place for 2015, led by Kenneth Carter, named the Hornets’ head coach on Jan. 21.

Carter most recently served as passing game/co-special teams coordinator/wide receivers coach at Youngstown State University during the 2014 season, and from 2010-2013, Carter played a key role in the success of the University of Louisville program under Charlie Strong, now the head coach at the University of Texas.

His college choice now set, West can now focus on what could be quite a senior season.

“We’re hoping to make it back to districts again,” he said. “There’s a lot of promise for this team this year.”