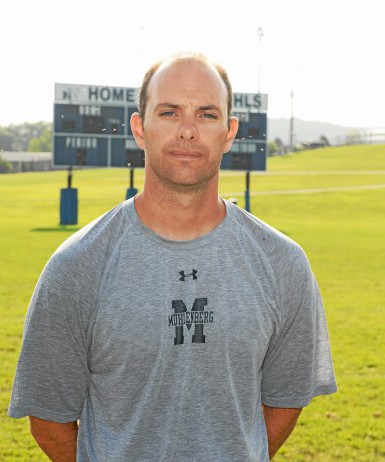 The Owen J. Roberts football program was bound to look different after the departure of longtime head coach Tom Barr.

That can be considered a certainty with the hiring of Rich Kolka.

Kolka, who guided Muhlenberg the past six seasons and was voted in as the new Wildcats head coach by the OJR school board March 30, has already brought his identity to the OJR program, most notably a drastic shift in the Wildcats’ offensive philosophy.

The ground-and-pound offense the Wildcats have become known for appears to be a thing of the past.

“No, you won’t see any of that,’ Kolka said in a phone interview with The Mercury. “We’ll be running the spread offense.’

Kolka guided the Muhls to a 28-37 record in his tenure, which was highlighted by three seasons of six wins or more and a District 3-AAA second round appearance in 2013.

Kolka, 37, played wide receiver at Albright from 1998-2000 and was named outstanding offensive back as a senior. He graduated from Suffern High School (N.Y.) in 1996 and now lives in the Owen J. Roberts School District.

“It’s pretty cool (to live in close proximity of the school district) actually,’ Kolka said. “It’s real exciting to coach in a district you live in and it’s important to be involved in the community. Being involved with something that close is pretty important and pretty cool.’

Kolka replaces Barr, whose contract was not renewed after 18 seasons with the team.

Barr compiled a 110-103 mark during his tenure, highlighted by a share of the Pioneer Athletic Conference championship in 2010.

Kolka hopes to bring a renewed energy to an OJR program that finished 3-9 overall in each of the past three seasons.

“I think with change comes a lot of excitement,’ Kolka said. “They are doing very well so far, and they are very dedicated.

“We’re going to focus on preparation. With preparation comes confidence and hopefully we can be competitive in the games that we play.’

OJR will open up the 2015 season at home against Conestoga September 4.