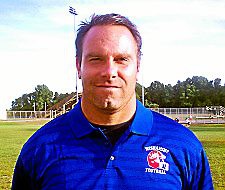 LANGHORNE – Neshaminy High School didn’t have to look far to find a replacement for outgoing football coach Mike Frederick. They have hired assistant head coach Steve Wilmot, who has worked for the team as an assistant since 1995.

The hiring of Wilmot comes less than a month after Frederick announced he was stepping down.

“I really wanted to keep the continuity going with the kids,” said Wilmot. “I wasn’t interested in starting over from scratch like we did last year.

“Mike didn’t come in here and try to change a lot of things around but still, it was a little bit of a culture shock,” he added. “I think the kids know what to expect from me and I wanted that continuity for them.”

Wilmot was thinking about throwing his hat in the ring last year but felt that he couldn’t take on the added responsibility of the head coach and also guide his son’s youth sports teams in baseball and basketball.

While he acknowledged that he won’t be available to coach youth football after this, he said he realized after taking on a slew of extra duties last year, that he could in fact manage his time as a head coach.

So when the job became available at the end of January, Wilmot was all in.

Since joining the program almost 20 years ago, Wilmot has served as offensive line coach, offensive coordinator and assistant head coach. During his tenure, he has been regarded as one of the top assistant coaches in the state. His offensive lines routinely opened holes for some of the most prominent running backs in school history including Jamar Brittingham (Bloomsburg), Chris Vincent (Oregon), George Coleman (Temple) and D’Andre Pollard, the senior who is headed to Villanova

The new head coach believes that, in time, he’ll put his own imprint on the program.

Last season, Frederick, a 1990 Neshaminy graduate who later played for the Cleveland Browns, Baltimore Ravens and Tennessee Titans, guided the Skins to a 4-6 record overall, 3-4 in the Suburban One League National Conference.

When he replaced Schmidt, the longtime coach who guided the team from 1995 to 2013, the number of players in the Neshaminy program dropped significantly. Wilmot is encouraged by the number of freshmen he has, however. Close to 50 players who participated on the freshman team are expected to try out for varsity next season.

“If you look at schools across the country, the numbers are down across the board,” said Wilmot. “The good news is we have upwards of 50 ninth-graders working out with us this winter so the numbers are going to be up for next year.”

Wilmot grew up in Flourtown and attended Springfield (MontCo) High School (Class of 1989). He was a member of the Spartans varsity team before moving on to play at Lock Haven University, where he was positioned as a guard along the offensive line. He later became captain during his senior year (1992) at Lock Haven.

Ironically, former head coach Mark Schmidt (1995-2013) guided the offensive line for the Bald Eagles. He hired Wilmot shortly after he was hired at Neshaminy in 1995.

Coach Wilmot welcomes the challenge of continuing the Redskin tradition of excellence. Having worked for Schmidt, and more recently for Frederick, he is well positioned for success.

Steve says he’s bringing the pistol formation – a variation of the shotgun – back to the offense.

“It really suits the personnel that we have,” said Wilmot. “It suits (quarterback) Mason Jones being a couple yards back (off the line of scrimmage). Out of the pistol, there’s a lot of things you can do with your power run game. And you can get into a lot of formations fast.

“It’s really going to give Mason a lot of choices to throw to and I’m excited about that with two all-league receivers (Denzel Hughes and Zach Treadway) returning to the lineup.”

While record-breaking running back D’Andre Pollard is graduating and taking his game to Division 1-FCS Wildcats, Wilmot says he’s not worried about the immediate future of the Skins’ rushing attack.

“We have a first team all-league tight end (Bill Ritchey) returning and a pretty nice looking offensive line blocking,” said Wilmot. “So, when we need to run the ball, I think we’re going to be able to do so pretty effectively.”

The coach doesn’t see too many changes coming on defense, not with co-defensive coordinators Neil French and Jay Weidenbaugh returning on that side of the ball.

Coach Wilmot began his teaching career at the Tawanka Learning Center in Langhorne and is currently a biology teacher at Neshaminy High School. He is married and has two children who attend Neshaminy schools.