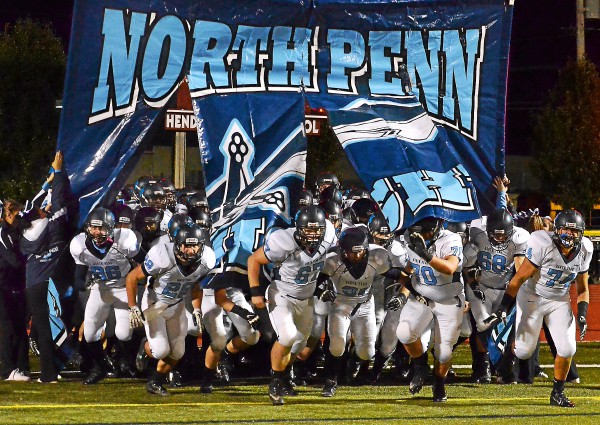 The North Penn football team added to its proud legacy this fall.

The Knights made their 12th run to the playoffs in the past 13 years and the program also notched its 18th consecutive winning season.

North Penn dug its way out of a 1-2 hole, those two losses having come to a couple of Philadelphia Catholic League powerhouses in La Salle and Archbishop Wood, each of which will be playing for PCL titles this weekend — the Explorers in Class AAAA and the Vikings in AAA.

The Knights battled to six victories in the final seven weeks of the regular season, the most impressive of which being a 24-21 win over Pennsbury.

North Penn gave the Falcons — who take on Garnet Valley this weekend in the District 1-AAAA quarterfinals — their only loss of the season thus far.

Ultimately, 2014 produced another winning season and another conference title for NP.

In 13 seasons under coach Dick Beck, the Knights have captured 10 conference or division titles dating back to 2002.

North Penn won the title outright in seven of those seasons, capturing the Suburban One League National Conference Patriot Division title in 2003 along the way to the Class AAAA state title.

The Knights won the SOL National title in 2006, and then after realignment, captured the SOL Continental title four years in a row from 2008 to 2011, and again in 2013.

Realignment produced a stacked SOL National this year, but the Knights were able to rally and again fight their way to the top, overcoming a midseason loss to Central Bucks South to gain a share of the crown with Pennsbury.

Other seasons where NP finished tied for first included 2002, when both the Knights and Neshaminy went 3-1 in the National Patriot, and in 2004, when the regular season ended with a three-way tie between North Penn, Neshaminy and Pennridge — all 6-1 in the SOL National.

“The league title is what we strive for,’ Beck said after the Week Eight win over the Falcons. “If we win the league title, I gotta believe we’re gonna be in the playoffs.’

Nyfease West continues to be one of the best running backs around.

Even in the playoff loss to West Chester Henderson, West turned in another fine performance, running hard all evening long and reaching the end zone on a five-yard score in the second quarter that helped give the Knights a 7-6 lead.

On North Penn’s game-tying, 11-play drive to start the second half, West carried the ball seven times for 25 tough yards. He also caught a nine-yard pass on a 3rd-and-9 to extend the drive and move the ball into scoring position.

West will be a driving force next year as the Knights go for yet another run to the playoffs and possibly a deeper push into the postseason in 2015.