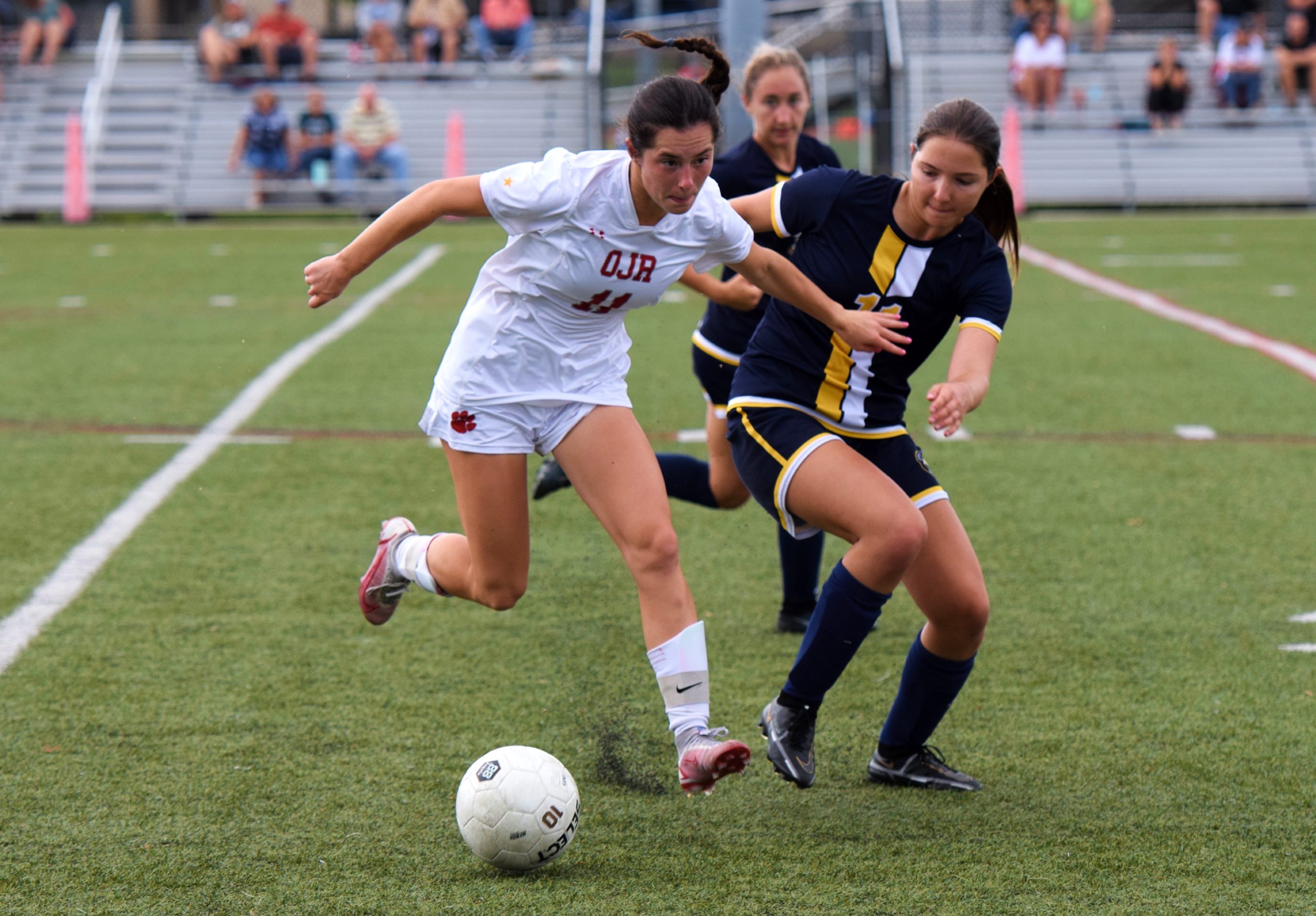 Rain and wintery weather in the forecast postponed Tuesday’s PIAA semifinals in soccer and field hockey, shifting the complete schedule to Wednesday.

Being adaptable won’t be an issue for the Pioneer Athletic Conference’s three soccer semifinalists – they’re largely in uncharted territory anyway.
The Phoenixville boys and Upper Perkiomen girls programs certainly are, both enjoying their first trips to the PIAA Championships and most successful seasons to date. It’s not quite new territory for the Owen J. Roberts girls team, which under longtime coach Joe Margusity is the area’s most successful soccer program with six previous trips to the Final Four.

But it is new territory for the local league, a year of firsts with four state soccer qualifiers, four quarterfinalists (Phoenixville, Spring-Ford boys; OJR, Upper Perk girls) and three semifinalists.

A win Wednesday sends each team to the PIAA championship games, to be held at Cumberland Valley’s Eagle View Middle School this weekend (3A girls, Friday, 4 p.m.; 3A boys, Friday, 7 p.m.; 4A girls, Saturday, 4 p.m.).

A look at the semifinal matchups:

Boys 3A: Phoenixville vs. Springfield-Montco at Spring-Ford, 5 p.m.

On Phoenixville >> The Phantoms are enjoying their finest season in program history in coach Mike Cesarski’s ninth year at the helm. After running the table in the PAC regular season, Phoenixville was upset in the PAC semifinals by Upper Perk. But it immediately charged back in districts, qualifying for states for the first time with a 1-0 win over Holy Ghost Prep. A strong senior group has been leading the way, namely center forward Efe Ulcay and midfielder Nate Stewart, who have been the focal points of the Phantoms’ fiery attack that has scored 119 goals. Ulcay has more than 30 goals and Stewart has registered better than 20 goals and 20 assists. Freshman Jack Illig, seniors CJ Jahn and RIcky Kaniewski, junior Evan DesMarias and sophomore Connor Northcott also are important in the midfield and attack. Defensively, Eric Palena, Xander Bernal and sophomore Mateo Rodriguez patrol the back in front of goalie Jason O’Neill.

On Springfield Township >> The Spartans were the class of the Suburban One League Freedom Division, going 13-3 in the league in the regular season. The No. 4 seed entering the district tournament, Springfield knocked off top-seeded Radnor 1-0 in the semifinals, then captured the district title for the first time 2-1 over Phoenixville.

Riley Martin, Nick Hanushchak and Peter Schmidt are focal points for the Spartans. Martin scored twice in Saturday’s win over Selinsgrove while Hanushchak contributed on four of Springfield’s six scores in the PIAA first round.

Matchup >> Phoenixville and Springfield Township have a lot of similarities on paper: both are experiencing their deepest runs in program history and can light up the scoreboard as proven by their 17 combined goals in state play (better than four per game). It doesn’t expect to be as simple against each other. In the District 1 final, Stewart set up Ulcay for the Phantoms’ opener but Springfield benefitted from two second-half penalty kicks – Schmidt then Martin – to take the trophy. With only one goal in the run of play, it’s clear the Phantoms and Spartans handle each other’s firepower better than most. The collective attacking quality means there will be scoring chances – converting those chances into goals will decide whose dream season continues. “They’re a good team and it’s gonna be rough,” Martin said of the Phantoms are the Spartans’ quarterfinal win. “So we gotta come ready and prepared.”

Girls 3A: Upper Perkiomen vs. Greencastle-Antrim at Northeastern York, 6 p.m. On Upper Perkiomen >> It’s been a magical season for retiring head coach Mike Freed and Upper Perk. The Tribe are undefeated, Pioneer Athletic Conference and District 1 champions – their first – have scored 101 goals and only conceded 18.

On Greencastle-Antrim >> Coached by Chris Noblit, the Blue Devils are making their first-ever appearance in the state semifinals. They reached the District 3 championship game, losing to Lower Dauphin. The Blue Devils navigated multiple players out with injuries or illness while prevailing over Wood in the quarterfinals. Haley Noblit, Mia Libby and Madison Koons lead the G-A offense. Rylee Henson, Shaina Overcash and Abi Guthrie lead the defense.

Matchup >> Upper Perk is everything you want out of a squad capable of a champion: multiple high-scoring forwards, a hard-charging midfield and a defense that limits opponents’ chances. Greencastle is a nice story, but has not seen the firepower of the District 1 champions. History aligns with the Tribe, too: the District 1 champion in the second-largest classification has reached the state championship game for eight straight seasons, dating back to Villa Joseph Marie in 2014.

On Owen J. Roberts >> A District 1 finalist and PIAA quarterfinalist in 2021, the Wildcats weren’t the same level powerhouse in regular season yet have willed their way to a deeper run this fall with clutch wins throughout the postseason. Senior record-setting forward Alexa Vogelman has carried the scoring load, netting all three OJR goals in the state tournament, including Saturday’s OT winner. Fiona Sanders, Kendall Cunningham and McKenzie Hagerty rotate in the wide forward spots. Seniors Gabbi Koury and Olivia Thompson have found their fits in the midfield with sophomore Sabrina Marks handling the holding duties. Senior goalkeeper Colby Wasson and center back Rachel Sbei lead the defense with McKayla Farrow, Ashly White and Meryn Primanti filling out the back four.

On Central Dauphin >> The Rams return to the PIAA semifinals for the second straight year after winning District 3 in 2021. Central Dauphin, under first-year coach Chris Jones, features sophomore Kayden Williams and Nia Chinapoo leading the offense and AJ Renaldi anchoring the defense.

Matchup >> The Wildcats and Rams’ motivation mirrors one another in many ways. Both had their seasons ended a year ago by eventual PIAA champion Moon (now in 3A), OJR in the quarterfinals and CD in the semis. “I think it’s kind of a redemption tour for them,” CD coach Jones said of his team to pennlive.com. The Wildcats might say the same. In a way, they got theirs last Saturday when they returned to Cumberland Valley’s Eagle View Middle School, the place their 2021 season ended, and won this year’s quarterfinal. That won’t satisfy OJR’s super-competitive four-year starting seniors like Vogelman and Koury though. It’s a game that has thin margins written all over it, a single goal quite possibly being all it takes to earn a trip to Saturday’s title game.