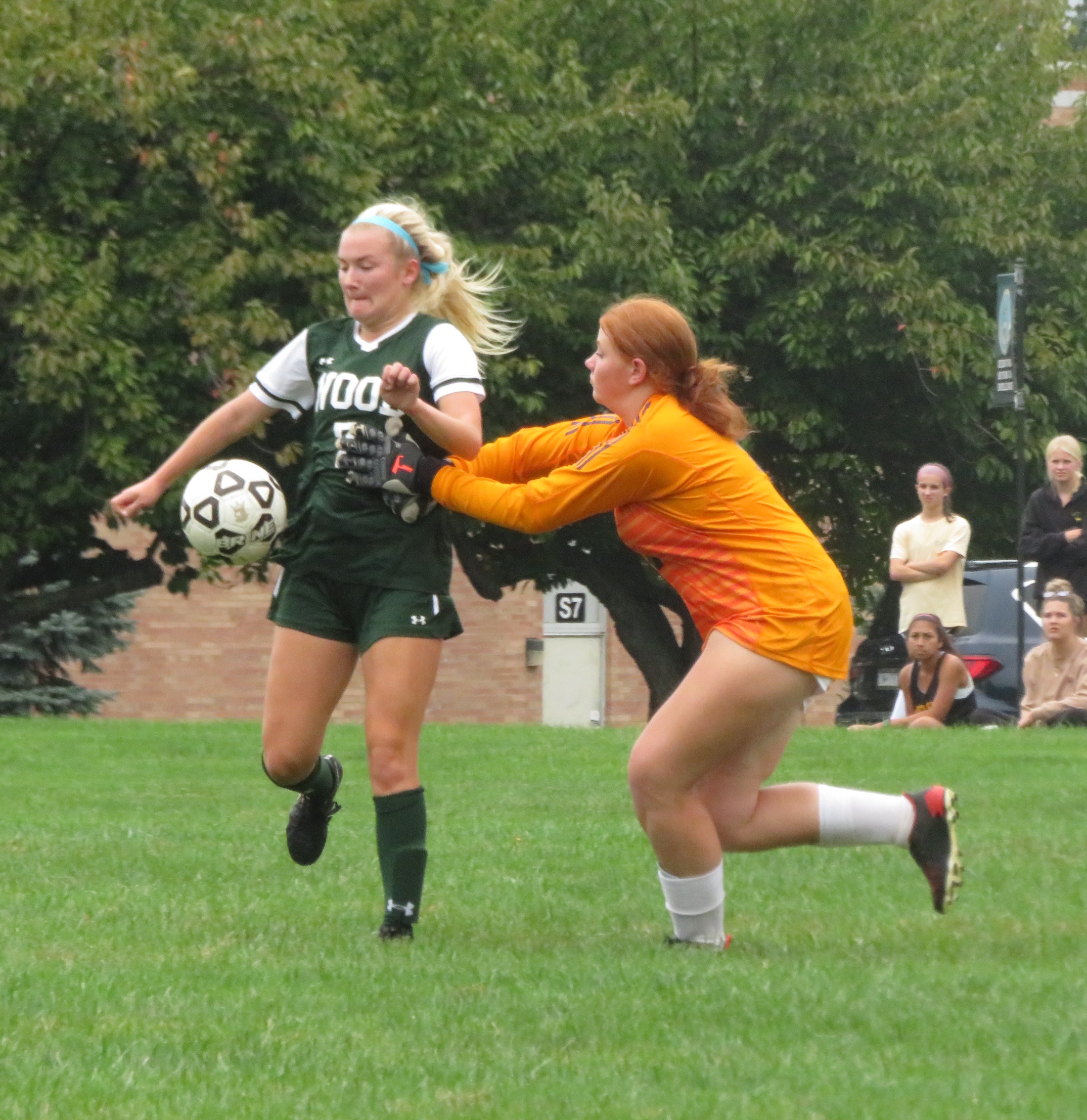 Archbishop Wood accomplished a lot in 2021. The Vikings won the Philadelphia Catholic League for the first time since 2016 and won the District 12-2A championship before reaching the PIAA-2A state quarterfinals.

Alyssa DeGeorge was at the center of it all. The senior forward/midfielder finished the year with 11 goals and 14 assists. She is the Reporter/Times Herald/Montgomery 2021 Girls Soccer Player of the Year.

DeGeorge, the PCL Most Valuable Player, was all about winning in 2021 and she helped the Vikings do a lot of it.

“We had a great season,” DeGeorge, one of Wood’s captains, said. “I thought we worked well as a team. Our perspective was we really just didn’t want to lose. I think we did a good job of that.

“I was excited, obviously (about being PCL MVP), but I was just happy with what my team accomplished this year. I wouldn’t trade that for anything else.”

“She’s definitely a leader on the field,” Wood coach and Alyssa’s father Tom DeGeorge said. “Not very vocal at times, but her energy level and her desire to play and her love for Wood soccer – it’s contagious.”

Going into the fall, Alyssa DeGeorge and her teammates had their sights set on Archbishop Ryan. Their Catholic League seasons ended against the Ragdolls in 2018 and 2019, with the latter coming in the league championship game.

The Vikings didn’t get a chance for revenge in a COVID-shortened 2020, but they got the last laugh last month. After a 1-1 tie during their regular season meeting in September, the two rivals met for the league championship on October 30. DeGeorge scored the game-winning goal in a 3-1 victory at Ramp Playground in Philadelphia.

“My first two years we lost to Ryan twice,” DeGeorge, a Philadelphia native that moved to Warminster in second grade, said. “My sophomore year we played them in the final and lost. We definitely wanted to beat them.”

“We were in the PCL final two years ago and we lost,” Tom DeGeorge added. “We didn’t get it done. Our goal was to get back there and get it done. The girls would not take ‘no’ for an answer that day. Ten girls played unbelievable – all 10. When everybody is firing on all cylinders like that it’s very tough to lose.”

This season was extra special because Alyssa DeGeorge got to play with her sister, Ava, in addition to playing for her father.

“This is the only time I’ll be playing with my sister,” Alyssa said. “We play on two different ages for our club team. Sometimes we play with each other in practice, but we don’t play on the same team for games. It was awesome (getting to play with her). I know I’ll probably never play with her again. It was really fun getting to experience this season with her.”

“It was definitely a special year,” Tom DeGeorge said. “It’s not very often you get to have a trio like that or a family that gets to play a whole year together and have really good experiences … Wood is just such a family atmosphere. It really is.”

Alyssa knows she will play soccer in college next year, but hasn’t decided where she is going yet.