PAISAA Girls Soccer: Near title miss to SCHA has Notre Dame looking ahead 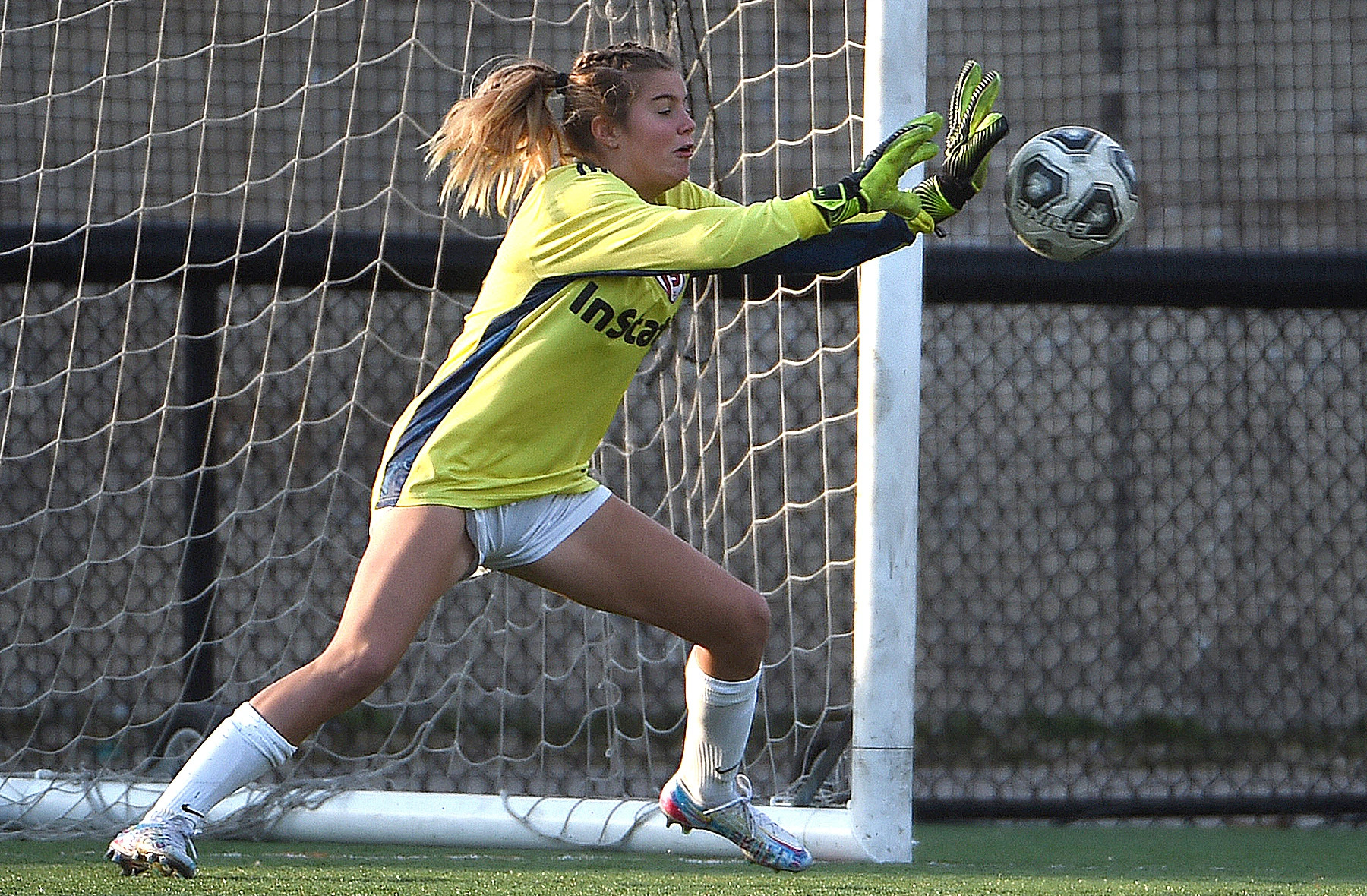 CONSHOHOCKEN — There are some teams who receive silver medals with sullen faces and teary eyes. Then there was Notre Dame’s girls soccer team Wednesday afternoon.

The task of tagging Springside Chestnut Hill with the first loss in a dream season was always going to be a tough task, even as the No. 2 seed in the Pennsylvania Independent Schools Athletic Association tournament. But when the final whistle blew on a 1-0 win for the Blue Devils at the Proving Grounds, there was little but smiles for the Irish, having pushed the top-seeded Inter-Ac champions to the limit in the way no other team has.

The trophy as PAISAA runner-up is a suitable prize for the Irish’s growth, a season in which a program not traditionally among the regional powers, in a league stocked with them, managed 16 wins and reached a final.

“It’s crazy. My freshman year, I think we lost 14 games and we won four,” junior outside back Audrey Cain said. “So it’s pretty crazy that we won 16 this year. I would’ve never thought (that), because we’re usually the weak leg of the Inter-Ac.” Notre Dame (16-5-2) ran up against a juggernaut in Springside Chestnut Hill, which capped an 18-0-1 season. A nonleague draw against Pennington School is the only semi-blemish on SCHA’s record. Wednesday was the fourth time a team had kept within a goal. Notre Dame is just the second team to limit the Blue Devils to one goal.

Among those wins are a pair of 3-0 dispatchings of Notre Dame, the last on Nov. 3 in the regular-season finale for both teams.

There might not be moral victories in a final, but there’s at least perspective to apply.

“We’ve never really made it this far,” freshman goalie Sophia Hall said. “This is as far as we’ve ever gone. It’s something new, and we’re glad that we tried our best and happy we got second.”

“All week, our coach was telling us how we can’t look at these past two games, because a championship game, everyone has a different mindset, a different mentality,” SCHA’s Lisa McIntyre said. “Notre Dame’s never been in states, so we knew they were going to come out hard, and we knew that they were going to come out forgetting what happened in the last two games. We didn’t take them lightly at all. We took them just as seriously as any other game.”

For the first 20 minutes, it looked in danger of becoming just another SCHA romp. Hall made two excellent saves in the first four minutes. It took a thing of beauty in the 23rd from McIntyre to beat her. But so often, that one SCHA goal has almost instantly multiplied. Notre Dame summoned the mettle to prevent that.

Much of that was Hall, who was outstanding with nine saves. But the team structure was vital, from the dual midfield pivot of Tessa Crossed and Bryanna Young clearing danger to the poise of center back Avery Hannah. All three are sophomores.

“We came in with the mentality of just ready for this game,” Hall said. “I think we gave our hearts out against them. Overall, they’re a pretty strong team, but I think we really gave it our all, and we really came with the mindset of trying to win.”

Hall was superb from the tap, and she had to be. Less than four minutes in, she had to push a drive from Lauren Sullivan over the bar. At about the same point of the second half, she parried a Virginia Perry effort when Isabella Brown’s cross found the senior forward all alone five yards from goal. All it needed was a shot anywhere but at Hall. The freshman goalie held her nerve to bat the shot wide. Springside Chestnut Hill Academy players and fans celebrate a goal by Lisa McIntyre, center, in the first half of Wednesday’s PAISAA final. That goal was enough to the unbeaten Blue Devils to a 1-0 win over Notre Dame at the Proving Grounds. (PETE BANNAN – DAILY TIMES)

No one could’ve stopped McIntyre’s goal. The winger cut in hard to the right channel and uncorked a shot from 25 yards out across her body. It sailed over a helpless Hall and clunked off the inside of the post for an absolute stunner.

“I know that we have to take shots from far out,” McIntyre said. “That’s what we talked about going into this game, get as many shots off as you can. It was a good shot, not going to lie, but it went better than I expected it to.”

After one-way traffic in the opening 20 minutes, Notre Dame stabilized play, earning five corners and a few dangerous set pieces. It came closest on a free kick from 30 yards out that Cain lofted toward the back post. It carried just enough to require a scrambling Ellie Stratz (3 saves) to nudge it over the bar.

“I just try and always send it over,” Cain said. “I was going to play it into our players, but the shot seemed close enough so I just hoped for the best. It was close. Lucky that she got onto it.”

While the Irish will lose seven seniors, the bulk of their contributors are underclassmen. There’s a profound hope that 2021’s success is just a start. Confidence has built with their win total. Getting to and sticking with a team as potent as SCHA in a final only increases that.

“Next year, we come in knowing, oh hey, we got to the championship,” Hall said. “We can do this and get even further.”