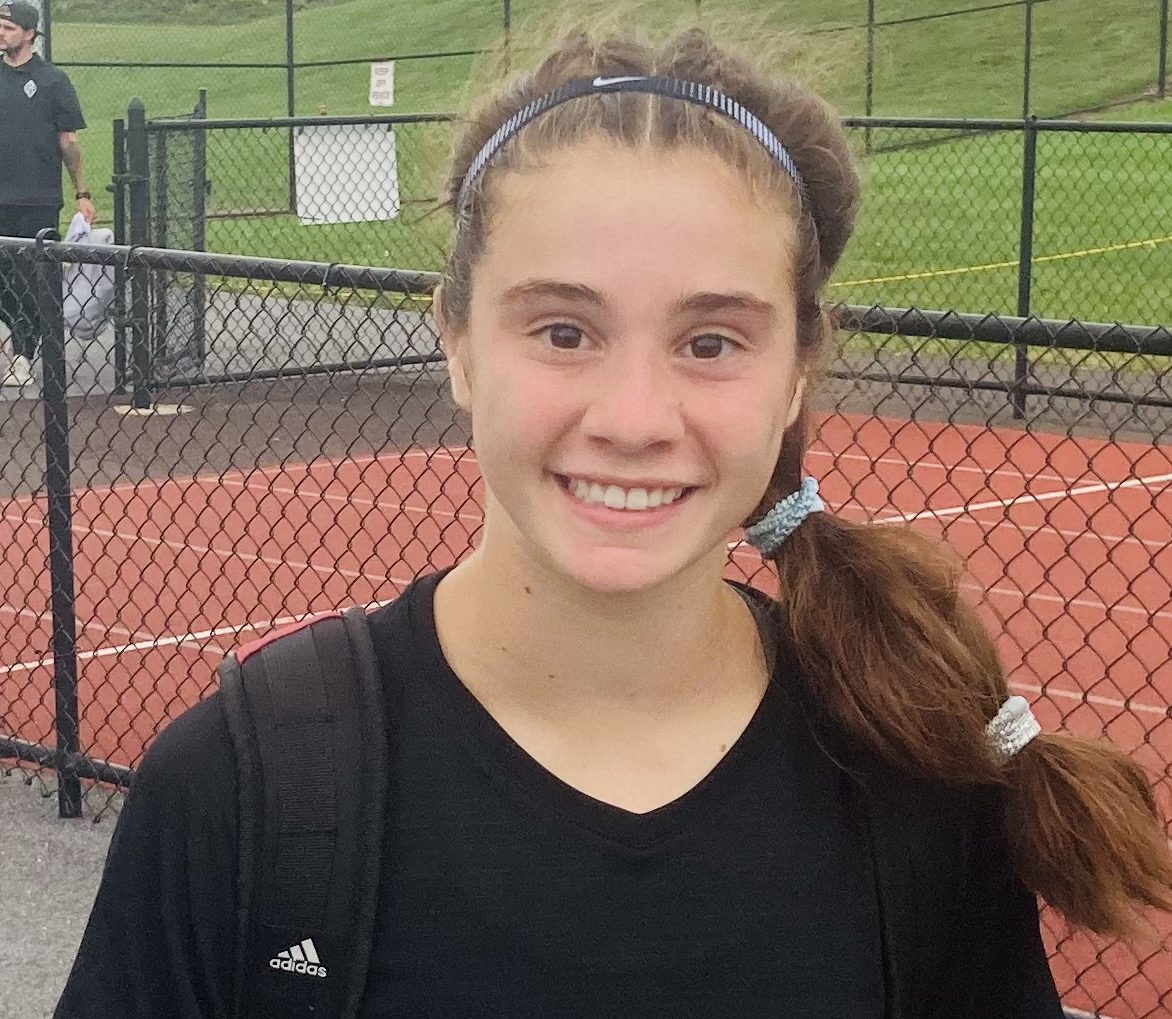 EAST ROCKHILL >> It’s always a plus when a lesson learned comes along with a victory, and that’s what happened for the Pennridge girls soccer team on Wednesday.

“It took a while. We need to get into it faster,” sophomore Liv Grenda said of her team’s contest with rival Central Bucks South. “And we need to go at it and get more aggressive right from the beginning.”

It was a sluggish start for the Rams, but nevertheless a familiar ending, as Pennridge found its way to a windy (and sometimes rainy) 2-0 Suburban One League Colonial Division win on the turf at Helman Field.

Grenda scored unassisted with just 1 minute and 44 seconds left in the first half, pointing the Rams in the right direction.

“I remember after that, our team rallying around and saying ‘let’s go. We gotta keep going. We gotta stay on the right foot from here on out,'” Grenda said.

Pennridge raised its unbeaten division record to 4-0, with a contest at Truman next up, on Friday at 3:30 p.m.

South dropped to 1-4 in the division and is at Bensalem Friday at 3:30.

“(Controlling the ball) is always the goal, try to keep possession, work the ball around and then attack when we can,” said Grenda, who helped Pennridge maintain possession for most of the contest. “We always try to adapt throughout the game, see what’s going on and work around it.”

Pennridge doubled its lead about midway through the second half, when sophomore Anna Croyle scored unassisted to make it 2-0 with 24:16 to play.

The Rams came out with the win but weren’t completely satisfied.

Sierra Shaeffer got the shutout in net for the defending 4A State Champs.

“Everyone’s expecting, and myself included, for us to be where we finished last year,” Rams coach Audrey Anderson said. “But it takes some time. We weren’t where we were at the end of last season until the end of the season. So I think we have to be patient and not panic so much early in games.”

It took nearly 40 minutes on Wednesday, but the Rams scored late in the first half and battled through.

“It’s a little frustrating but hopefully we can learn from these things and not take anything for granted and just keep going to goal,” Anderson said. “When we become a one-dimensional team, it’s easy to defend us. So we’re trying to do a little bit better with becoming a little bit more active other places on the field so we’re not so predictable with our play.

“We’re pretty smart. We have a lot of players with high soccer I.Q. that see the field really well. It’s that final third where teams are defending us up high and they tend to hang back, which makes it a little bit more difficult. But we’ll figure it out.”