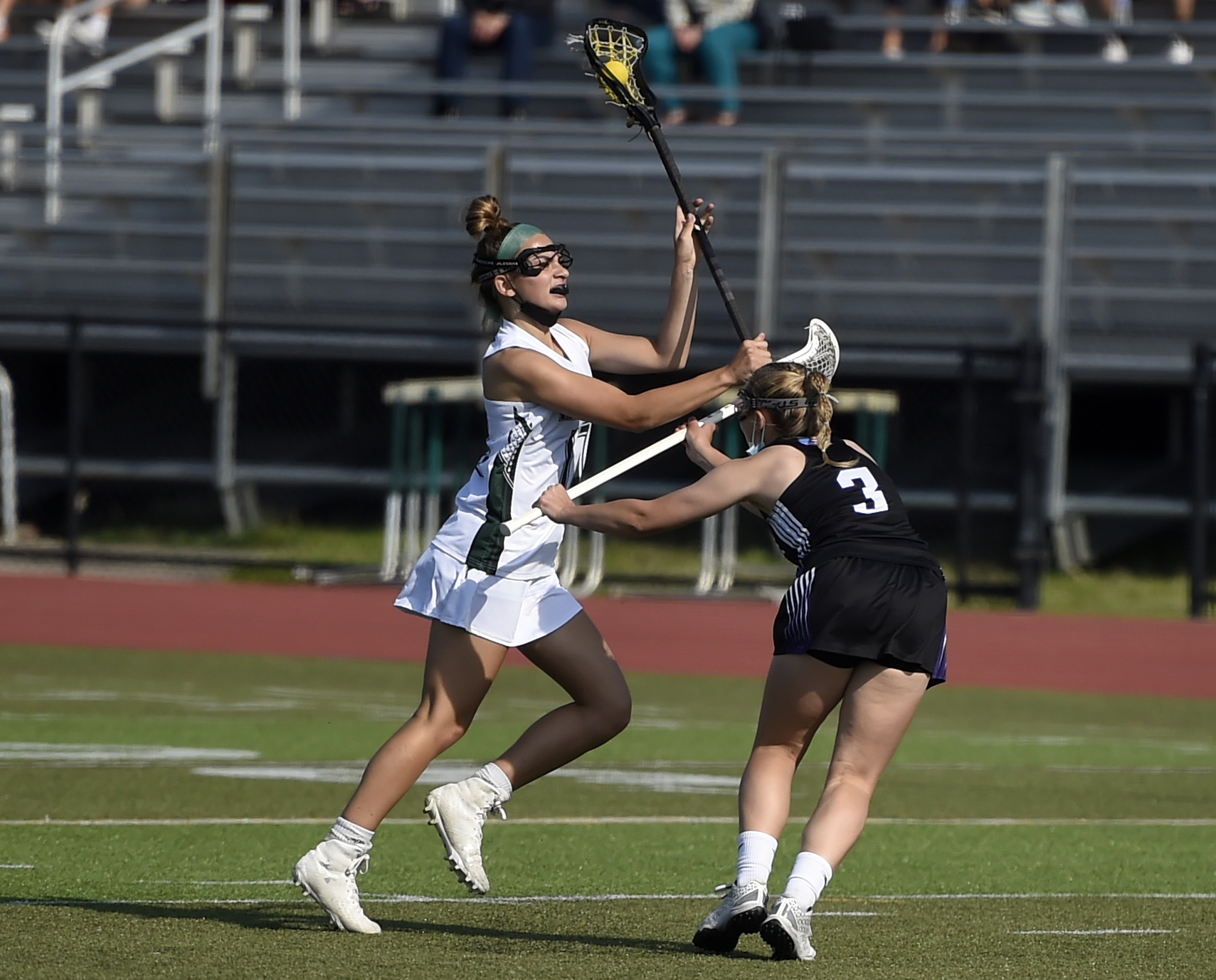 FAIRVIEW VILLAGE >> What looked like a close game, suddenly was not.

Methacton senior Jayme Weber had a lot to do with that.

Weber propelled the Warriors’ girls lacrosse team in the second half to give 12th-seeded Methacton a 12-7 win over 21st-seeded Phoenixville in the District 1-3A first round on Tuesday.

The senior finished off the first half with a goal and then scored or assisted on Methacton’s first three goals after halftime as part of a seven-goal Warriors run.

She tallied five goals and an assist in the District 1 win, which set up a matchup at fifth-seeded Unionville at 8 p.m. on Thursday.

Meg Sanelli responds quickly then Jayme Weber adds another 6-3 Methacton with about four to play. pic.twitter.com/dLc6PAnGaF

After Methacton netted the first three goals of the game, the Phantoms pulled within one, 4-3, with eight minutes left in the first half.

Sanelli and Weber scored late in the first to provide the Warriors a 6-3 cushion. They took complete control of the game by adding five consecutive to start the second half, going up 11-3 with 17:11 to go in the game.

“We just started some new plays we literally learned yesterday,” Weber said. “It took us a while to get connected and kind of figure out the plays. Everyone figured out their spot and it worked in the second half.” Methacton senior Julia McCann and Phoenixville senior Nailah Green had goals to round out the game’s scoring.

Junior Mackenzie Clark saved 13 shots for Methacton, while Phoenixville junior Maddy Schramm did her best to keep the Phantoms in the game with 10 saves on the other end.

While both teams were making consecutive postseason appearances, a missed 2020 campaign and no Pioneer Athletic Conference Final Four meant Tuesday’s contest was the first playoff experience for either squad in two seasons.

10-3 Methacton as Delaney Smith makes a nice move to get to the net. pic.twitter.com/7MJv6102Xo

Methacton’s district spot was firm throughout the season, but the Phantoms needed to win five of their last six games, including victories over District 1-3A playoff teams Spring-Ford and Upper Merion to extend their season.

““It was definitely a good experience for all of us,” said Phantoms’ senior Andrea Hook. “We definitely grew together and improved as a team, so it was awesome to play in districts. It didn’t go the way we planned, but we still played a good game and that’s all you can do.” Methacton will venture outside of the PAC for the first time this season when it faces Ches-Mont champion Unionville on Thursday.

The Warriors hope they find their groove a little earlier against a squad that won seven in a row before a loss in their regular season finale.

“We definitely are a second-half team,” Weber said. “I think we need to find out a way to come out strong in the first half and don’t let a goal gap inbetween us. We’ve gotta find each other quicker in the first half.” Phoenixville’s Alana Lathan (44) and her teammates celebrate a goal during a District 1-3A playoff game Tuesday at Methacton. (Owen McCue – MediaNews Group)