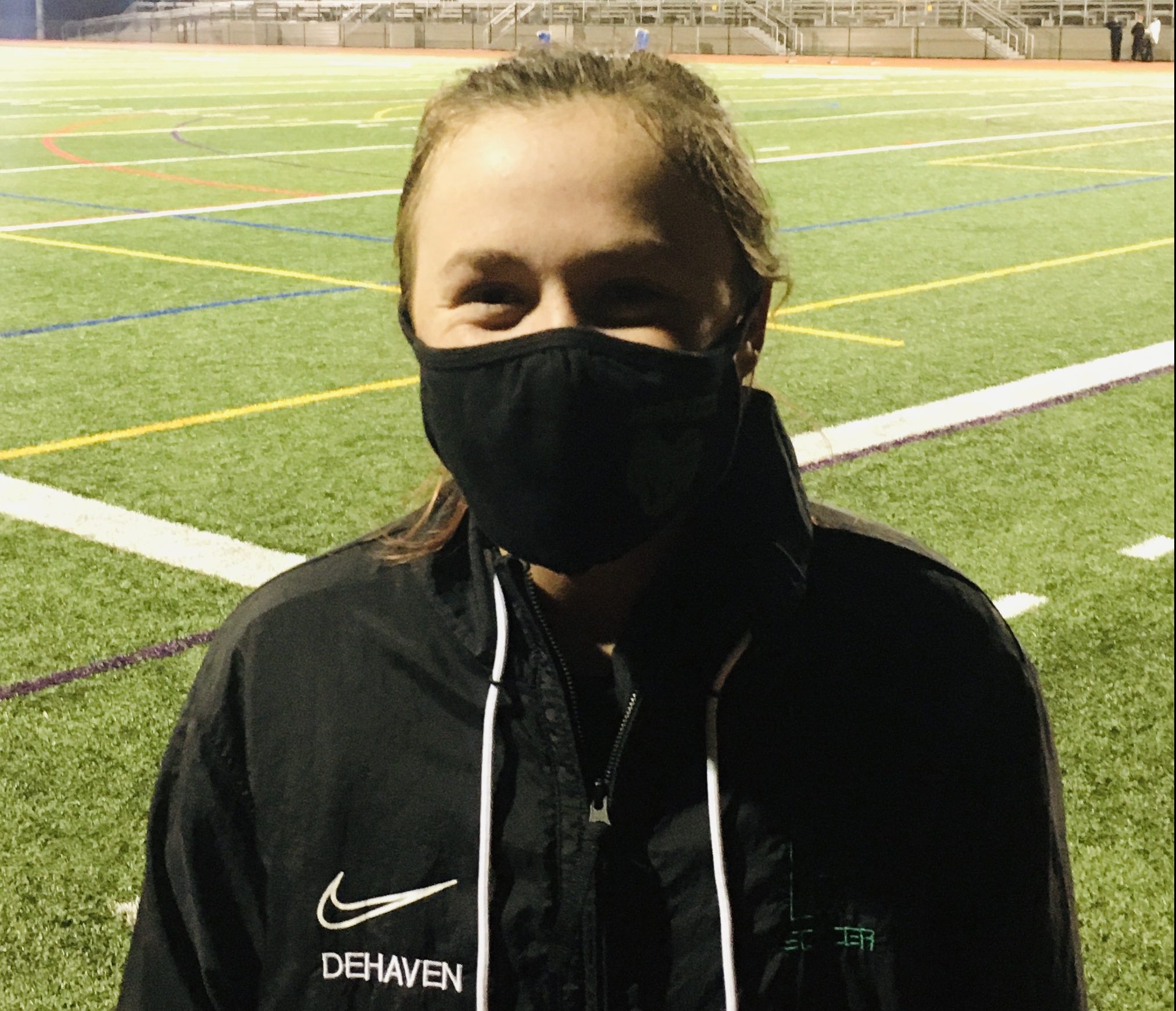 EAST ROCKHILL >> The playoffs arrived on a cold, blustery night on the turf at Helman Field, and the Pennridge girls soccer team was waiting and ready.

“This was a very solid win. I think we played extremely well as a team,” senior midfielder Lindsey DeHaven said after her team’s clash with Great Valley. “Every single person on the field, whether a sub or a starter, contributed a lot to this game. So I think this was a great team win.”

DeHaven scored a pair of goals and third-seeded Pennridge pulled away to an impressive 6-1 win over Great Valley in the first round of the District 1-4A Playoffs.

The victory advances the Rams to Thursday’s quarterfinals, against either Council Rock South or Pennsbury, at Pennridge at 7 p.m.

Against Great Valley, the Rams put two of their best feet forward, those belonging to DeHaven. Moving up more throughout the contest, she contributed to a heavy dose of pressure that Pennridge maintained throughout the evening.

DeHaven was an overriding factor in other ways as well.

“My focus is to always stay in the game and be a motivator out there, which is kind of easy with my teammates around me,” she said. “They always lift me up so I try to do the same with them.”

After Pennridge pressure resulted in an own goal by Great Valley, the Rams built the lead to 2-0 on a score by Liv Grenda.

Julia Boyce booted one in at the other end for the visitors to slice the margin in half, but with less than two minutes left in a chilly opening half, a laser by DeHaven found its way just under the crossbar, extending the Pennridge lead to 3-1 at the break.

Said Great Valley coach Jen Michewicz: “We knew what we were coming into. We knew they had a very strong midfield and we knew the speed that they would be bringing to the game.

“Our goal was to keep it at 2-1 going into the half and I think that goal right before halftime hurt us a little bit. I think at times we were able to move the ball and possess on them, but I don’t think we did it as consistently as they did it today.”

The Rams added to their advantage in the second half, goals by Joey Tomlinson, DeHaven and Lindsey Balmer providing a nice cushion.

“It started from our forwards, pressuring the net, and I think our defense did a good job of staying clean and tight back there,” DeHaven said. “We were saying before the game that we didn’t want this to be our last game. We weren’t done with this season.”

Sierra Shaeffer made some nice stops for Pennridge and Megan Stairs did a tremendous job of keeping it a one-goal game in the first half for the visitors.

A tremendous season came to a close for Great Valley, but there is plenty to look forward to.

“I’m proud of this group. This is an exciting group and I think we bring back almost the entire starting lineup next year,” said Michewitz.