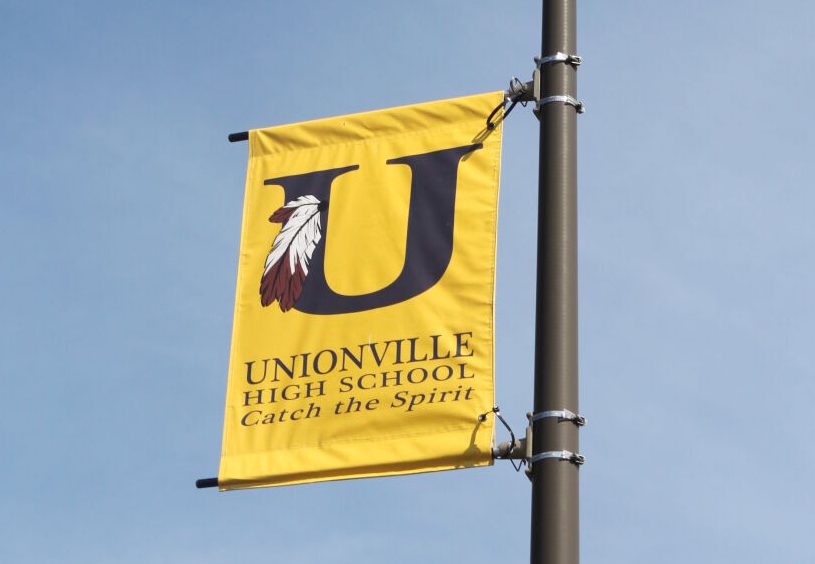 The Unionville football team and girls soccer teams, both of which were set to begin play in the District 1 playoffs next week, were forced to end their seasons on Saturday, after one case of COVID-19 was confirmed on each team.

The football team lost its regular season finale Friday night at Avon Grove, and was set to be the No. 3 seed in the District 1 Class 5A playoffs on Friday, with a game on the road at No. 2 West Chester Rustin.

The girls soccer team was locked in as the 13th seed in the Class 4A tournament, and will have to forfeit its scheduled Monday game at No. 4 Owen J. Roberts.

“We found out right after the game,” said Unionville football coach Pat Clark. “My athletic director (Pat Crater) and our trainer informed me we had a player that tested positive for COVID. It was a real gut punch. We did not know during the game because obviously we would not have played if we knew then.”

Crater, the Unionville AD, said the county is conducting all necessary contact tracing for both teams.

Because the football bracket had not been finalized, it is likely that Unionville’s neighborhood rival — Kennett — will slide into the playoffs as the No. 4 seed in Class 5A. Kennett was tied with Wissahickon on points, but lost the tiebreaker to originally miss out on a spot.

With No. 3 Unionville out, Wissahickon slides up one spot and will now play at No. 2 West Chester Rustin. Kennett will play at No. 1 Upper Dublin.

“I told the kids right on the bus when we got back to school and they were just heartbroken,” Clark said. “To see your season go away like that is a tough thing for the kids. But, hey that is what 2020 has been like. You always want to keep kids playing and don’t want them to lose a season due to injury but we had our season extended and then this happens, it is very tough.”

The girls soccer team last played Wednesday against Avon Grove and was scheduled to play Monday at OJR. Because that bracket was already finalized, there is no replacing Unionville in the field. OJR will win by forfeit and advance to meet either No. 5 Spring-Ford or No. 12 Central Bucks West.

“I just want to wish the coaches and players still playing good luck and hope they can continue with their season and get through to the end,” Clark said. “This is tough but hey, we will get through it. The thing is the kids were just so resilient during this whole period. To have to tell 50 kids the season is over was very tough, especially for the seniors.”