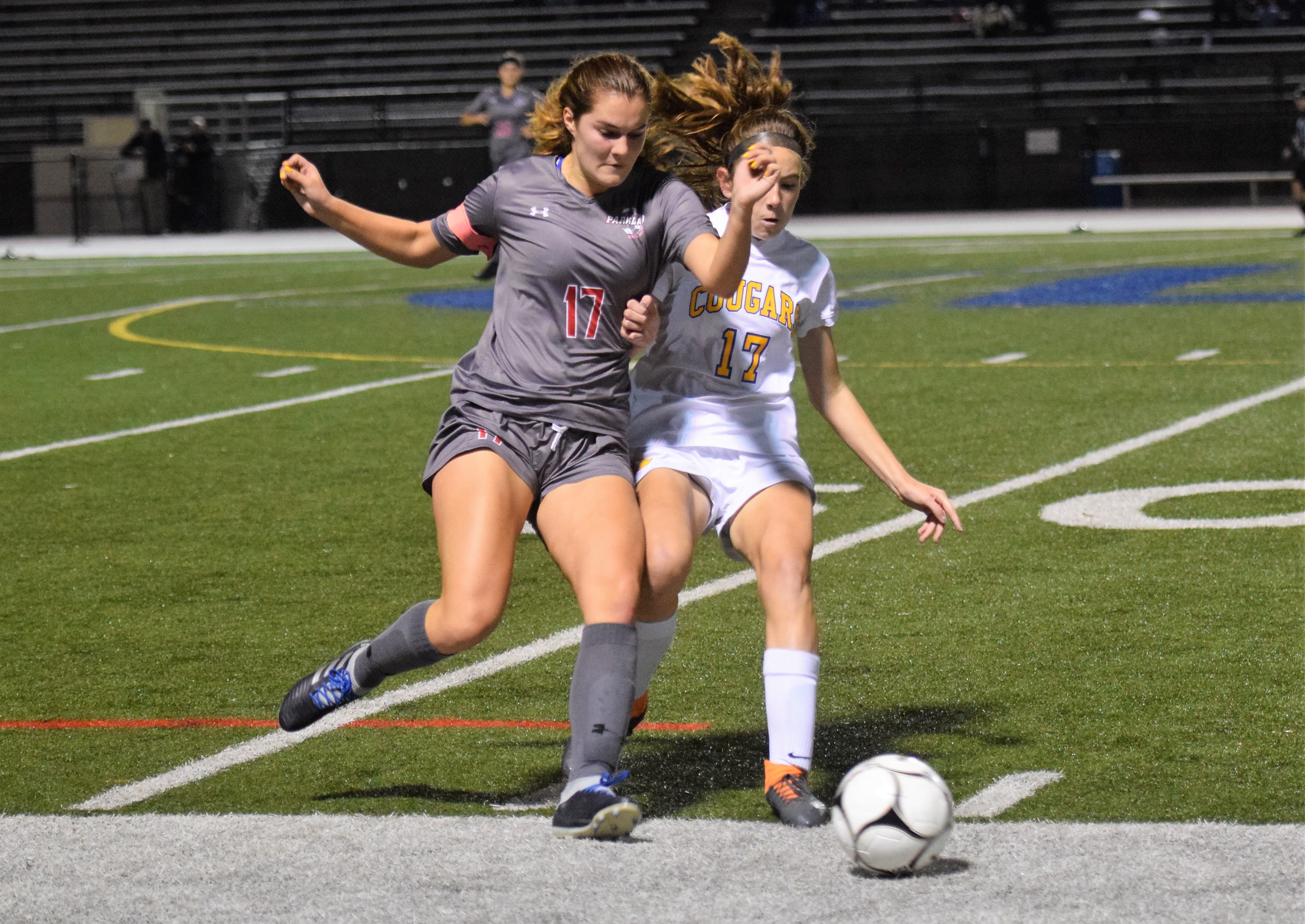 He actually didn’t say much about the critical 1-0 victory over Avon Grove that gave the Cougars a perfect 5-0 record halfway through the Ches-Mont National regular season.

“The message to the team is to be vigilant and responsible — take care of your bodies and make sure we don’t lose players to COVID-19,” Lukak explained.

“We weren’t even sure we were going to have a season. But I knew this was a strong group. With the virus, you have to make sure they are rested, they are focused, and they to resist when somebody says: ‘hey, you want to out tonight?’”

East is also healthy in the standings, having beaten everybody in its division the first time around. Avon Grove falls to 4-1-1.

“Avon Grove’s always good, so we knew this was going to be a great challenge,” said junior forward Caroline McDonald, who notched the game’s lone goal.

“It was two undefeated teams, so you are going to have a well-fought battle,” Luzak added. “I thought we kept the play in (Avon Grove’s) end of the field, but with a 0-0 game with 15 minutes to go, it was certainly tight.”

McDonald’s game-winner didn’t happen until around the 68-minute mark, ending a scoreless tie that was attributed most to fine defensive play on both sides. East did have the edge in shots (13-5) and corners (5-0), but the Red Devils never backed down.

“Our kids come to play and they give everything they’ve got. They leave it all out there,” said Avon Grove head coach Joe Herman.

“Our team flat-out battled and they played the undefeated team in the league right up until the last second. There is nothing to hang our heads about. We played well.”

The Cougars had a couple scoring chances sail over the crossbar in the first half, but with a scoreless draw looming, McDonald took a pass from teammate Taylor Weist, then dribbled past a defender and unloaded a low shot that beat Devils’ keeper Grace Keen.

“We had (McDonald) marked and it was a great individual effort on her part,” Herman said.

“Taylor (Weist) played a great ball through the middle,” McDonald added. “From there it was a race and luckily I got it by (Avon Grove’s) keeper.”

The Devils tried mightily to tie it the rest of the way, and had its best chance with 3:23 remaining, but forward Lizzy Harrison’s shot was scooped up by East goalie Natalie Sims.

“That was a dangerous one in the last five minutes,” Luzak acknowledged. “That was probably the scariest moment of the whole game.

“You can’t just sort of slough one (contest) off, thinking that everybody is going to lose a game. The truth is that the one that is going to come out of our division is probably going to be undefeated. And so far, that’s us.”

Afterwards, Luzak and Herman praised the defenses on both sides. And McDonald said: “This was definitely a battle of defenses.”

Luzak added: “We have a very good defensive group with (Bailey) Horvath, (Nicole) Pendergast, (Gabi) Kobell, (Hannah) Moses and (Molly) Walsh. Plus we have a senior goalkeeper in Natalie Sims.”

And the post-game message from Luzak certainly seemed to get through to McDonald.

“We want to do well this season but you can’t forget about COVID,” she said. “(Luzak) has been great just reminding us to be smart about who we are around.”