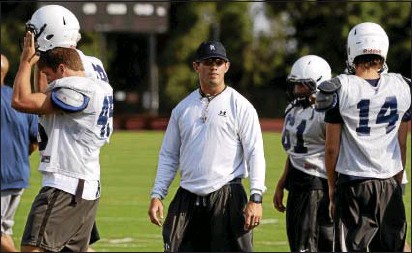 The Inter-Ac League reversed course from its public position last week, announcing Friday its intentions to stage a 2020 fall season.

“In recent months, health experts studying youth sports have observed that there has been little evidence of the transmission of the virus occurring because of on-field contact,” the statement read. “Rather, it occurs on the sidelines when safety protocols are not followed, in locker rooms, and at team social events. This new information has influenced the Inter-Ac schools’ analysis of the risk-benefit of a fall competitive season.

“Individual schools may choose in which sports they will participate without consequence from the league. Additional information about schedules, health and safety protocols will be forthcoming, including the possibility of extremely limited numbers of spectators at venues. Should current trends reverse and numbers of infections spike, this plan will be revisited.”

Friday’s announcement came one week after Malvern Prep declared it would pursue an athletics season independent of the Inter-Ac League. In the same announcement, the Inter-Ac stated that fall sports would remain suspended through the end of December. The league intended to stage three truncated seasons for fall, winter and spring student-athletes beginning in January. All fall sports were originally suspended Aug. 26.

As several leagues in Southeastern Pennsylvania decided to reconsider and play a fall season, student-athletes in the Inter-Ac called on school leadership to follow suit. Penn Charter junior Generoso “Jerry” Rullo IV led an organization he called the “Coalition of Inter-Academic Football Players.” Rullo penned a letter to headmasters and athletic directors on behalf of the organization, which called for an immediate return of football.

“Toward the end of drafting that letter, I was motivated. I saw these other leagues coming back and I thought, ‘If they’re coming back, so can we.’ I think we’re equipped to handle that,” Rullo told the Daily Times in September. “Kids want to play sports … and it actually is safer at school under the supervision of trainers and coaches. We know we can do it safely. All that we ask for is a chance.”