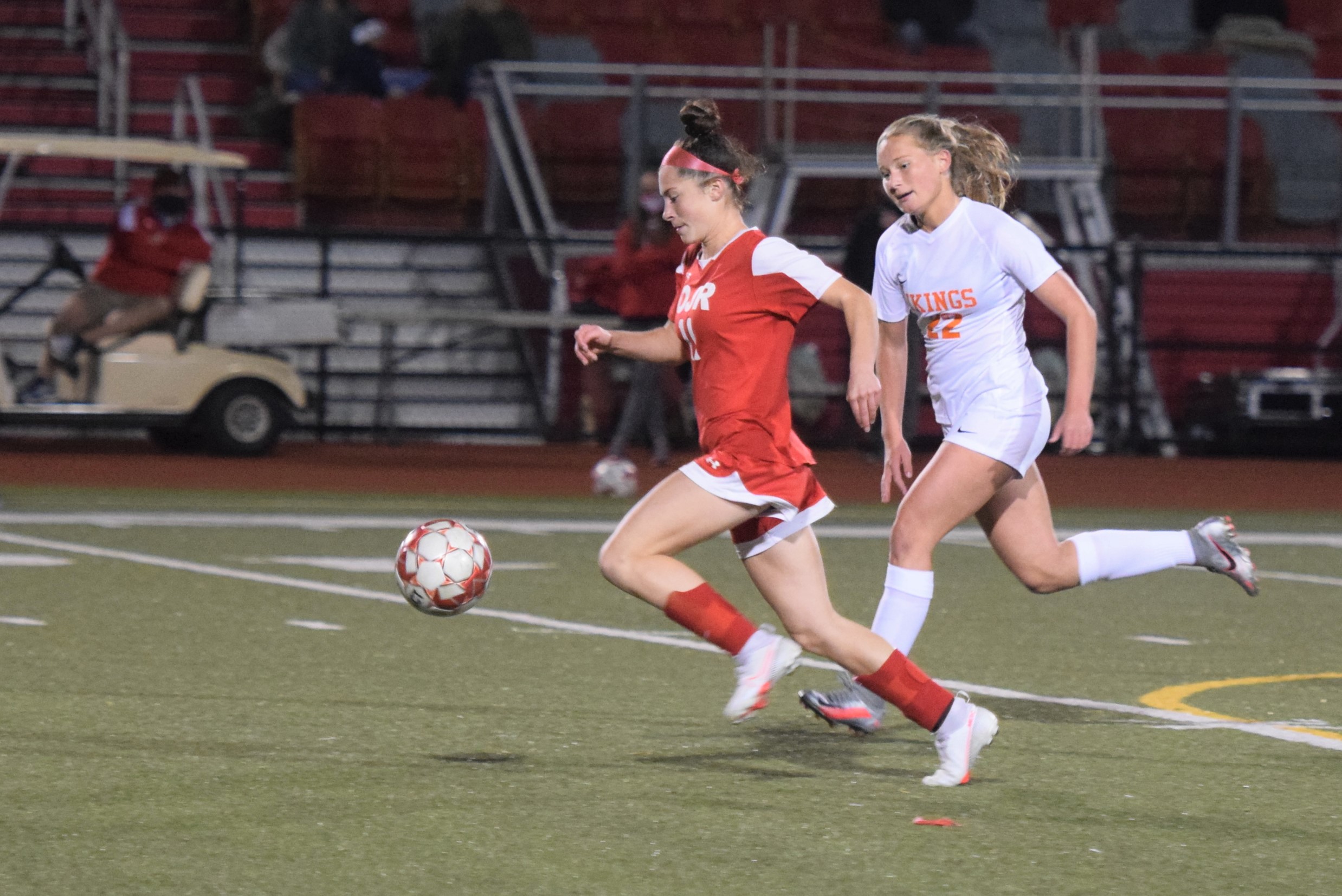 After the start of the season was delayed by a COVID-19-related shutdown for two weeks, the Wildcats have had no choice but to hit the ground running.

It appears they’re up to full speed after earning its second win in as many nights with a 2-0 victory over Perkiomen Valley Tuesday night at home.

Sophomore forward Alexa Vogelman starred with a two-goal performance while junior center back Mo Weaver played a role in setting up Vogelman’s second while leading a defensive performance that didn’t allow the Vikings a shot all night. Sophomore Olivia Thompson assisted on Vogelman’s opener.

Owen J. Roberts (2-0-1) was riding high off a win over fellow PAC contender Spring-Ford a night earlier and there was no letdown to be seen despite opening the season playing three games in five days.

“It’s a lot, but we’ve been training the entire summer so we’ve been getting ready for whatever season we have,” Weaver said.

“I thought the first two games we struggled a bit playing as a team. (Monday) the win against Spring-Ford helped us come together,” Vogelman said. “Tonight really showed we’re starting to play as a team. We defend together, we pressure together and we’re happy to be playing as a team and having so much fun out there.”

Perkiomen Valley, which also faced a delayed start due to a COVID-19 related shutdown on Sept. 18, fell to 1-2.

Perk Valley goalkeeper Riley Hill (7 saves) made a smart tip save on an Emily Sands header from a Weaver corner kick nine minutes in that was the best chance of the first 35 minutes.

Vogelman was a threat throughout but turned a relatively even game firmly in OJR’s favor in the 35th minute with a perfectly struck 35-yard blast that she knew was pure ‘as soon as I touched the ball.’

“I got a good pass from Olivia (Thompson) and I took a touch and I saw an opportunity,” Vogelman said. “I thought I might as well take that chance.”

“We’ve been focusing on pressuring the ball all the time,” said Weaver, a two-time Mercury All-Area first team selection. “Last year we got hammered by long shots so we know we can’t let up any shots.”

“You guys have a good system going,” Vogelman said.

In the 47th minute, Weaver played a long free kick from the OJR half that split the PV defense down the middle. Vogelman raced PV’s Rylie Pinkerton for the ball while PV goalkeeper Riley Hill closed in. Hill made the initial save on the edge of the penalty area but it spilled a few feet back and Vogelman recovered fastest, pivoting and kicking it into an empty goal for the 2-0 lead.

The game’s final great chance was on a Weaver free kick from 20 yards that went around the PV wall but Hill handled it cleanly with a diving stop to her right.

Though the stats will not flatter (8-0 deficits in shots and corners), PV was not overrun at any point thanks to solid play from sophomore center backs Emma Stankunas and Pinkerton, seniors Mackenzie Patla, Cate Schoeniger, Maddie Zielke and freshman Rain Boyd.

All in all, it was smooth sailing for the Wildcats, who have another back-to-back this week with trips to Boyertown and Upper Perkiomen. Perk Valley’s week continues with home games Thursday and Friday against Upper Perkiomen and Methacton.

“We trained for three months and then all of a sudden we had to take a break for two weeks. We came back and we weren’t as together as we were before,” Vogelman said. “It’s definitely been an adjustment, but we’ve improved in a positive way. I’m excited to see where this team is going to go.”