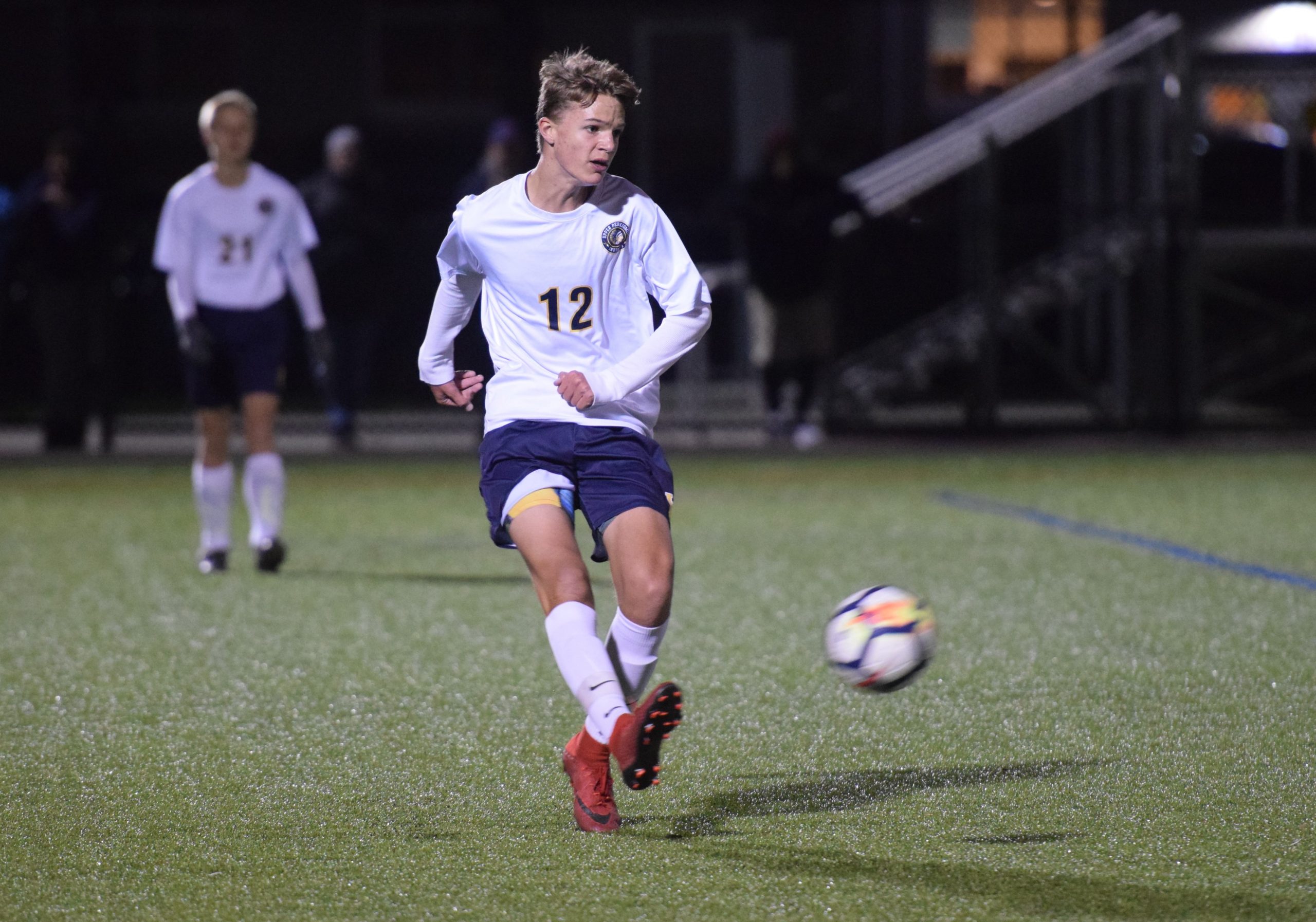 Boyertown jumped out to an early 2-0 lead off goals by Dimitrije Randjelovic and Beckett Wenger, but UP showed its resilience with a strong comeback led by senior captain Cole Kendra (one assist). Jack Cupitt got the equalizer on a penalty kick after Jimmy Friedman started the Indians’ second-half scoring.

Kyle Shemeley assisted on Kendra’s goal, and Matt Kerr was credited with assists on both Boyertown goals.

Pottsgrove 2, Perkiomen Valley 1 >> After Shane Gleason got them started by scoring in the 41st minute, Jeremy Thompson produced the clincher for the Falcons in Thursday’s PAC win over the Vikings.

Spring-Ford 4, Owen J. Roberts 1 >> The Rams scored two goals in each half to down the Wildcats in PAC play.

Upper Perkiomen 4, Boyertown 3 >> Megan Cairns fueled a second-half rally that enabled the Indians to overtake the Bears for a banner win in Thursday’s PAC game.

Cairns scored twice in a 31-minute span after Jada Roderick got UP on the scoreboard at the 29th minute, and Kyra Lesko added a solo tally as the Tribe scored four answered to come back from 2-0 down. Sam Goffice and Madison Springman gave Boyertown a first-half lead while Riley Ruyak completed its scoring at the 75th minute.

Julia Downing and Sophia Giangreco had PV’s other multiple-goal outings, with the remainder of its points coming from Lauren Keyte, Cristina Dougherty, Avery Dolas and Marie Lindberger completing the offense. Downing got credit for three assists, and Downing and Dolas two apiece, while Ashley Derrick and Elizabeth Gaffney (one save) combined for the clean sheet. Makenzie Johnson had a seven-save day in goal for Pottsgrove.

Stefania Fedun and Brannan Grabowicz both shot one-under-par 35s to lead OJR, with Ryan Horenci doing the same for Perk Valley. Roberts had the next three cardings from Victor Mominey (37), Jared Berish and Nick Parr (both 39s).

Boone got 10 kills from Aubrey Hunt, and seven kills and two blocks from Stephanie George.

Changes working out as Wissahickon tops Upper Dublin
With college career on hold, Stevenson back home with Pennridge