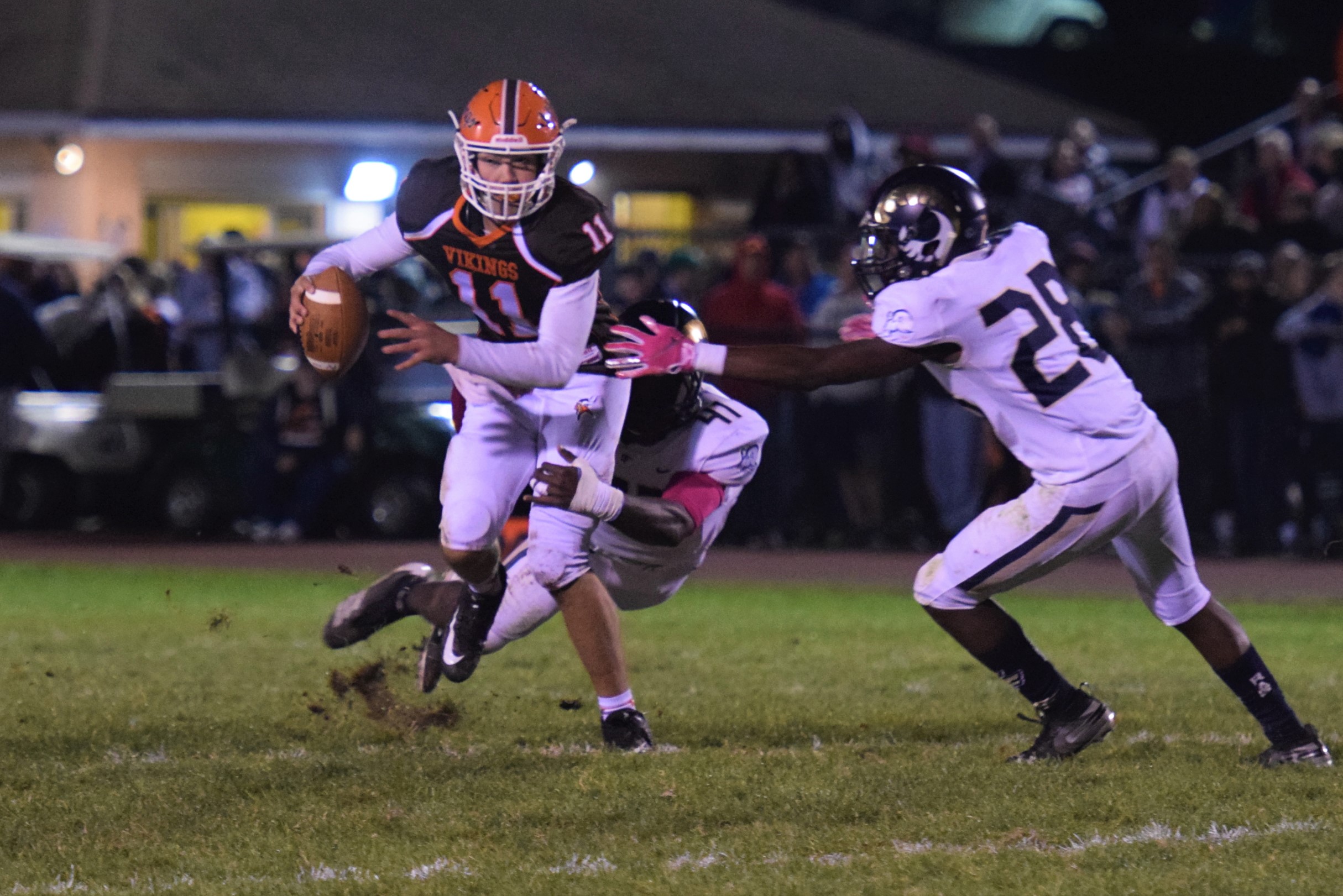 Ethan Kohler can’t help but think about what he and his teammates would normally be doing this time of year.

If the Perkiomen Valley junior quarterback lost track, his cell phone has reminded him with photos from a season ago.

Typically in late August, athletic fields are packed as seasons are about to get or already are underway.

Before the Pioneer Athletic Conference decided to delay its season to allow school districts to make decisions on the status of fall sports, league teams were scheduled to begin games this upcoming week with the original kickoff for football season set for Friday.

For the moment, PAC teams are restricted to voluntary workouts as the league decided to wait until Sept. 7 to begin official practices and Sept. 25 for their first games.

“It’s kind of sad because it’s my senior year, so we’re obviously like, ‘Oh, this would have been my first last scrimmage,’ but we obviously don’t have that and we don’t know when we’re going to have that,” Boyertown senior girls soccer player Sam Goffice said Friday.

“It’s hard because there’s so many unknowns,” she added. “We don’t know.”

Decisions are starting to come into place for PAC schools. Norristown, Pottstown, Pope John Paul II and Phoenixville (with the exception of girls’ tennis and golf) will not participate in the fall season, while several others, most recently Upper Perkiomen and Pottsgrove this past week, have decided to continue with their fall sports seasons.

“It’s unfortunate to see teams dropping out but at the end of the day, we’ve just gotta focus and pray that we get the opportunity to have a season,” Kohler said. “I don’t know we’ll see how it goes.”

Though there seems to be some clarity about if and when their seasons can begin, players are still forced to deal with lots of uncertainty.

The PIAA gave schools the green light to play fall sports Aug. 21, but nearby leagues like the Philadelphia Catholic League, Central League and Ches-Mont League have suspended their fall seasons.

On Friday, Boyertown cancelled its voluntary workouts until the first day of official practice Sept. 7 because a football player tested positive for COVID-19.

“It’s disappointing,” Bears senior girls soccer player Mikayla Moyer said Friday before news broke that the Bears would be pausing workouts. “We’re trying our best to keep a positive mindset, keep pushing forward, act like we’re going to have a season, but we really don’t know. I guess we’re just trying to keep our heads up.”

Unlike Kohler, PV head coach Rob Heist said he’s kind of lost track of things that usually happen around this point of the season as there’s not a lot of time to reflect on a first scrimmage that might have occurred under normal circumstances.

Coaching amidst a pandemic brings with it challenges and concerns that have consumed Heist throughout the summer as he tries to prepare his team for a season he hopes can take shape in some way, shape or form.

“I hadn’t really thought about it like that,” PV coach Rob Heist said. “I’ve been just so kind of consumed with trying to advocate for our program so that we will have any semblance of a season this year. And worrying about abiding by all the safety protocols our district has put in place is kind of dominating a lot of my time. I haven’t really stopped to think about it. I’m just hoping that we have a few games for our 2021 seniors. That’s kind of my goal at this point.”

Upperclassmen and captains are also tasked with extra responsibilities this sports season. Moyer and Goffice said they put together workouts for the younger players on the team before voluntary workouts were allowed to begin.

Kohler mentioned along with typical leadership responsibilities that come with the quarterback position he has to help make sure his teammates are following COVID safety protocols during voluntary workouts.

“I feel like the biggest thing I can do to make sure everyone else is doing it is to just lead by example,” Kohler said. “Me taking it seriously and really just making sure we’re following all of the safety precautions, other people see that and they’ll just do the same things. I just have to be really careful about what I do and lead by example.”

“I think it definitely has made my leadership skills improve a lot,” Goffice said.

Players and coaches are trying to make sure when they do begin official practices and games, they will be as ready as possible. Though they have been able to attend voluntary workouts since late July, there is still time to make up for lost spring workouts when teams could only gather virtually.

Heist mentioned he and his staff are making sure the Vikings are well-conditioned before official practice start so they can put more time in on integrating their offensive and defensive playbooks. Goffice said her team was trying to catch up on building chemistry and finding roles during voluntary workouts.

Bears’ head coach Bill Goddard noted that while his team’s preparation and philosophy won’t change this season, things are understandably going to be different.

“If we do have a season, no matter what it’s going to look like, it won’t be normal,” Boyertown girls soccer coach Bill Goddard said. “Obviously we’re not going to play the full schedule, but I know there are teams and schools trying to make this work with the best interest of everybody. Everyone’s health safety and welfare is a top priority, trying to fight this thing and navigate this minefield.”

There is still at least one week of waiting before teams can officially deem their seasons underway and more than two weeks after that before they can teake the field against an opponent.

As seen this summer, a lot of things can change by then. But for players who have had to handle a lot of uncertainty already, the outlook will stay the same.

“I guess there’s nothing we can really do within our power except stay safe and try and follow the guidelines,” Kohler said. “I guess we’ve just gotta stay focused and we when we’re out on the field we gotta take it as a blessing and every single day we get is a better opportunity.”

“I’m just looking forward to having some type of season,” Moyer said. “Even if it’s only a few games, I’m fine with that because it’s my senior year and I want to have fun.”