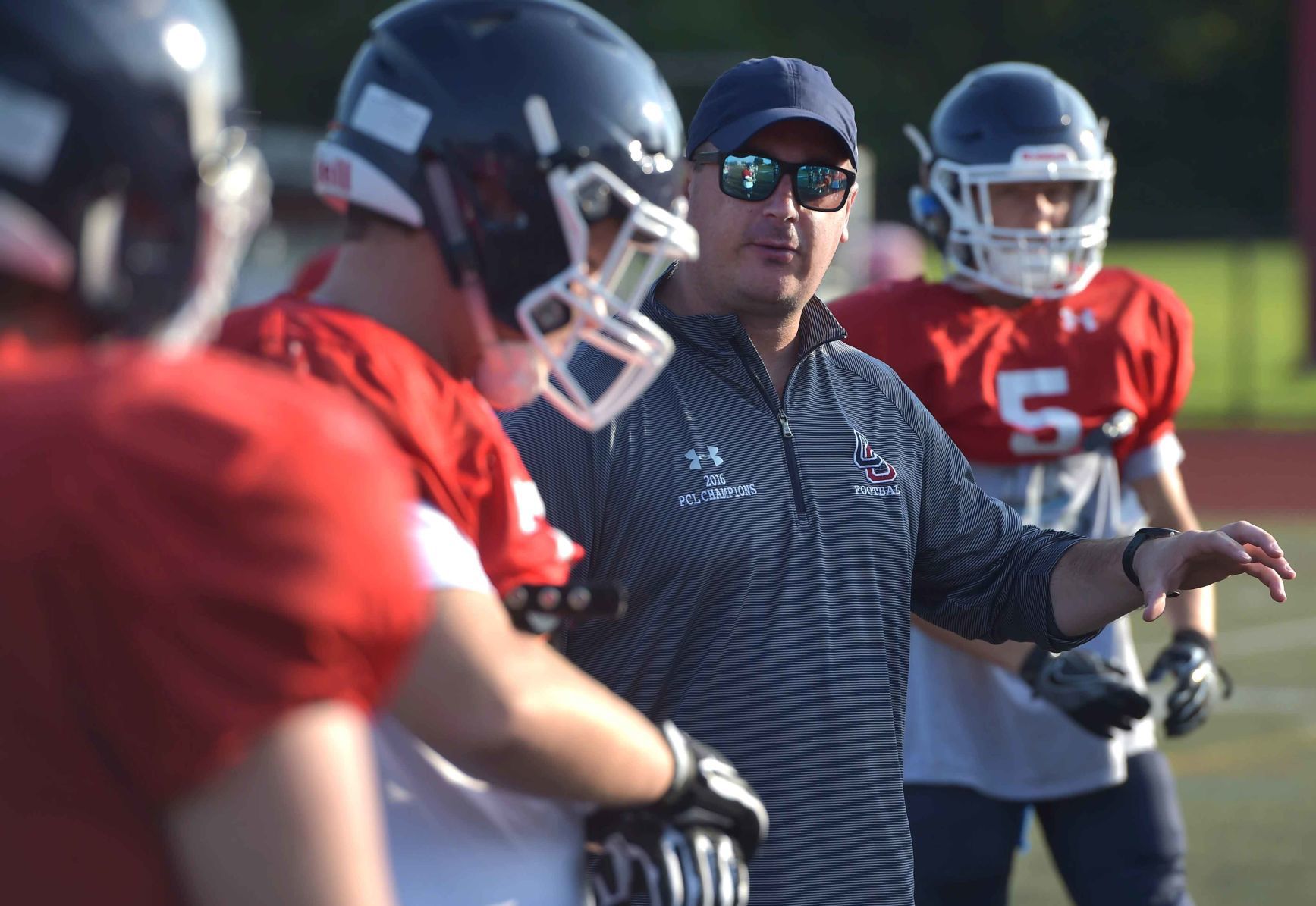 Cardinal O'Hara athletic director and football coach BJ Hogan, in sunglasses, said the biggest question after the PIAA voted to move forward with fall sports as scheduled is how to keep the athletes safe in the wake of the worldwide coronavirus pandemic. (MNG File)

If you looked at Wednesday’s declaration by the PIAA about the future of fall high school sports and wondered what’s next, you’re not alone. Many school administrators are in the same boat.

The PIAA’s determination ceded scheduling control to school districts in the face of whatever the COVID-19 pandemic looks like in their part of the state. But the line between flexibility and lack of guidance is thin. And while the PIAA’s guiding ethos is “maximizing the athletic opportunities for students across the Commonwealth,” many districts are left to figure it out with limited guidance.

“It’s frustrating because you look at the PIAA and you would think that the PIAA would want to create a level playing field for all and equity across the state,” Garnet Valley athletic director Seth Bruner said Thursday. “And I understand where they’re coming from and why they’re doing it and that it’s not an issue in some parts of the state. But speaking for me at Garnet Valley, I look to them for guidance. And it’s easier if we’re on the same page as a league or a county instead of on our own island. Because if something happens at Garnet Valley, it affects all of our opponents.”

“As a parent, it didn’t really do any good for us,” said Penncrest AD Chip Olinger, who has three kids, including a high school junior, in the Garnet Valley district. “There’s really been no clarity. Things change weekly … Yesterday was just basically in my mind, putting all of us in a really difficult position. These are guidelines. They’re not rules.”

The PIAA’s plans were basically a, “whatever works for you” menu of options. There’s the regular start date, with heat acclimation for football starting Aug. 10 and practices Aug. 17. That would make football’s infernal Week 0 Aug. 28. There’s the alternate start, which set the first football contest date as Sept. 18, provided there are a minimum of three weeks of preseason for contact sports. And there’s the hybrid start, which is basically, start before Oct. 5 … or after it, maybe.

The PIAA’s response is to the varied conditions on the ground. While the southeastern corner of the state and the Lehigh Valley, with their denser populations, have been hit hard, while more scantly populated counties have registered limited numbers of coronavirus cases. Those areas that went into the “Green Phase” of recovery as soon as possible would rather not be held back, to put it lightly. The PIAA showed the same inclination last spring when it cancelled winter postseason tournaments but left handling spring season up to local districts, control that was taken over by Gov. Tom Wolf’s closing of schools.

Norristown Area School District, with one of the larger high schools in District 1 and the state, opted Thursday to cancel athletics for the fall. Two District 10 schools, Wilmington and Sharpsville, have suspended school/athletic activities for two weeks after positive tests of staffers or students.

Private schools like Cardinal O’Hara have some strength in numbers. Athletic director and head football coach BJ Hogan anticipates that a decision on the fate of their fall will be made as a league. The Catholic League athletic directors will meet next week. While there are complicating factors – members span all five counties in the Philadelphia suburbs; three (Devon Prep, St. Joseph’s Prep and La Salle) are non-Archdiocesan schools – a decision is likely to apply league wide.

“We’re going to discuss some things and try and see what we can do best to keep our kids safe and hopefully still be able to play some games within the season,” Hogan said. “I think the biggest question is making sure we can keep the kids safe, with all the protocols for all our sports at O’Hara.”

O’Hara athletes have had summer activities cut down due to safety, but Hogan is aiming for the Aug. 10 date to restart.

But while the decision is smaller than a blanket PIAA option, it’s also larger than any one school, as long as two teams are still going to be required for a game. And Garnet Valley’s decisions are being made with an eye toward what others in the Central League are doing.

“Those are things we are going to have to look at as a league and hopefully come to some common ground,” Bruner said. “Even among the league, there’s a lot of disparity.”