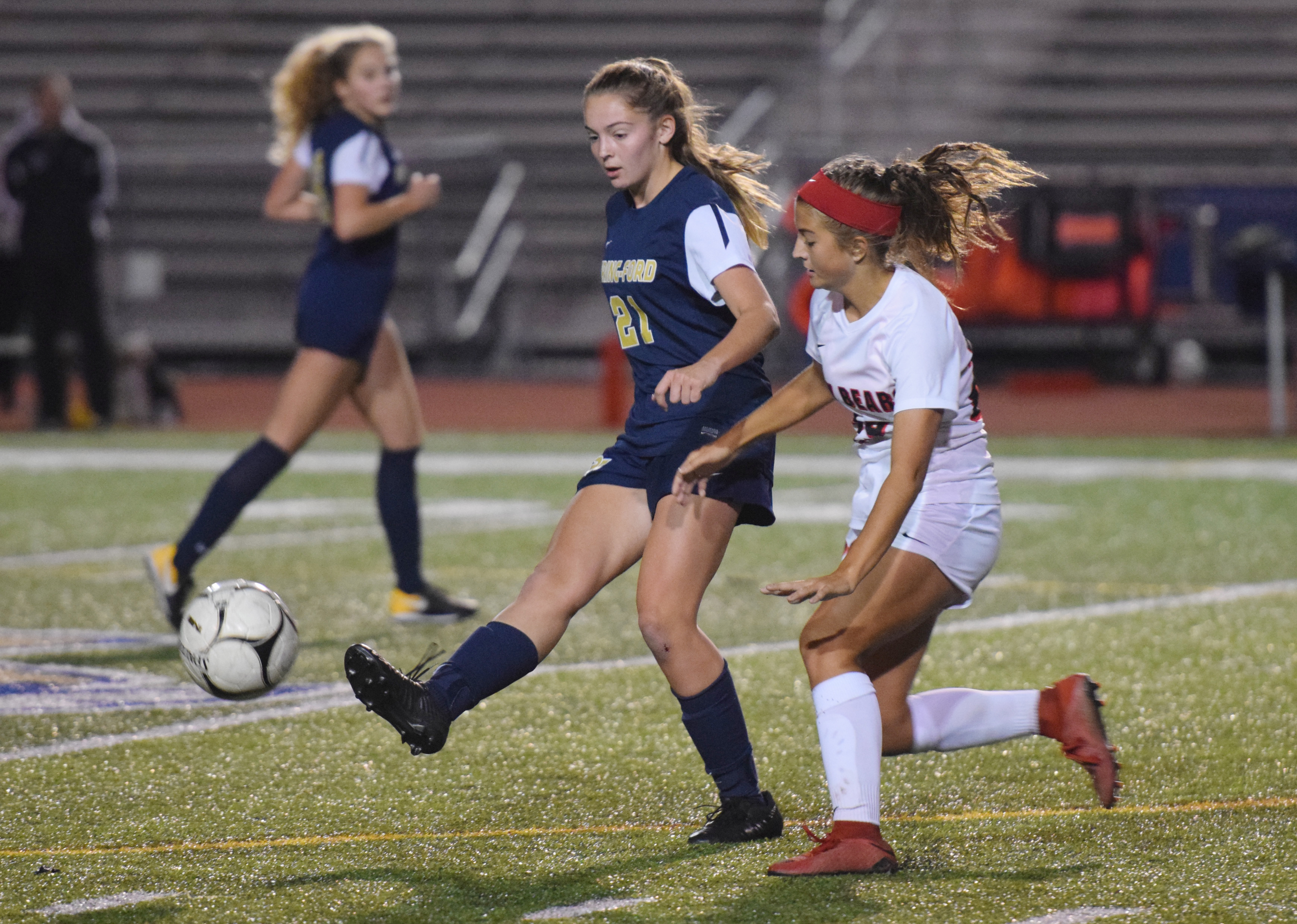 Boyertown 3, Pope John Paul II 0 >> Madison Monka and Camilla Kuever had a goal and an assist each and Samantha Goffice also scored as the Bears blanked the Golden Panthers in a PAC crossover match Thursday.

Goalies Madison Gallagher and Ashlyn Crawford had a save each in the Bears’ shutout while PJP keeper Stacy Kormos stopped four.

Flanegin opened the spring-Ford scoring, then capped it by converting a corner assist by Molly Thomas. In-between, Emily HIggins connected on an 18-yard shot.

Despite being outshot 9-4 and having far less possession, UP rode a strong defense and stellar goalkeeping from Hannah Landis (nine saves). It was the team’s fourth consecutive shutout and seventh on the season.

Perkiomen Valley 2, Phoenixville 0 >> A pair of second-half goals provided the Vikings their margin of victory over the Phantoms in Thursday’s PAC divisional crossover action.

Julia Quinn scored off a diagonal ball from Dorothy Chesshire to break the deadlock, and Mya Gelet added insurance, finishing off a cross from Nikki Foller-Moll. Riley Hill needed to make just two saves in goal to record the clean sheet while Ella Stout had eight stops for Phoenixville.