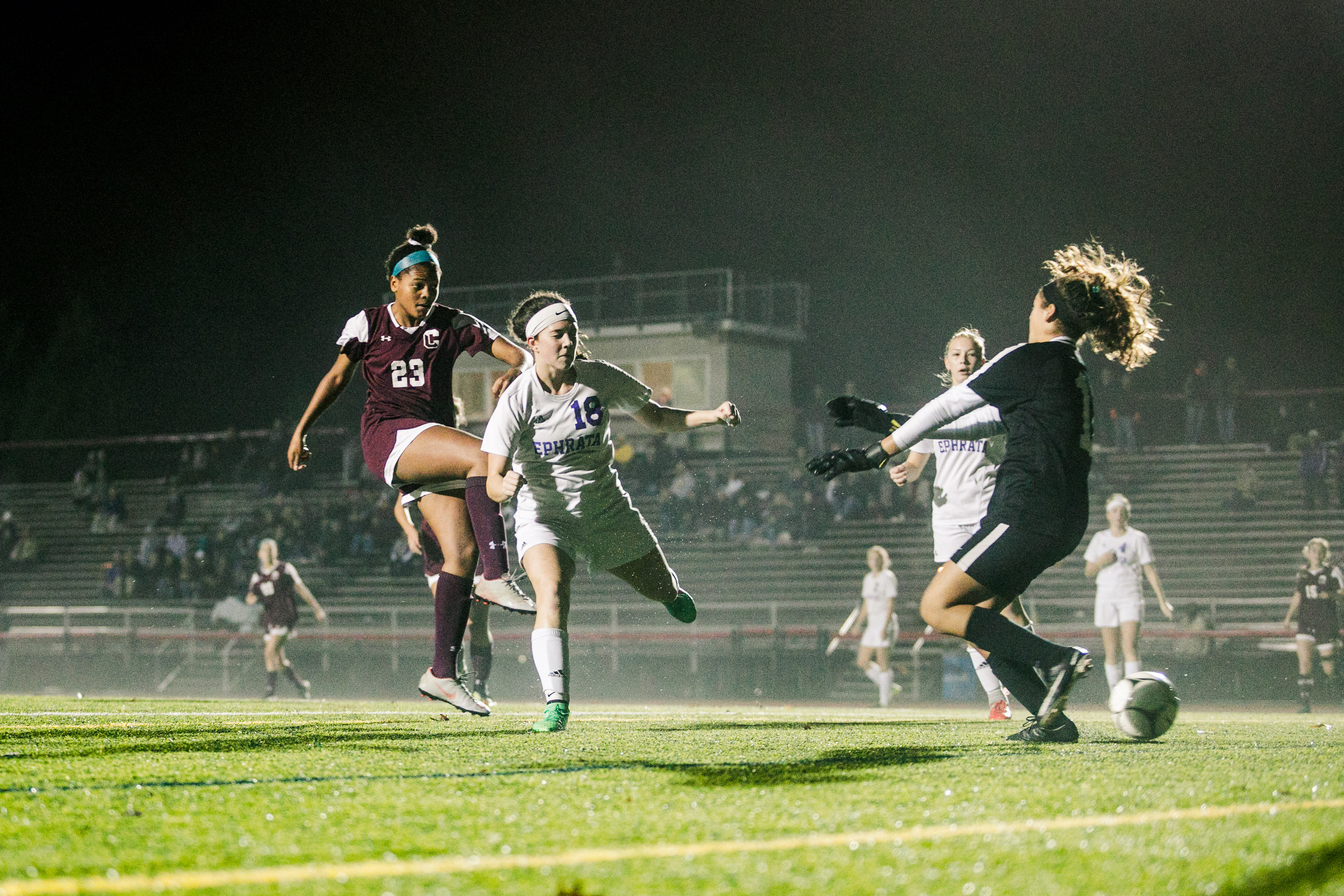 The leading scorer for the Ches-Mont American champs, Darlington earned all-league and all-region accolades, and she still has two seasons left of high school play. She scored 14 goal – including four game-winners – and added seven assists. “Sara was one of the most dynamic forwards in Ches-Mont,” said he coach Joe Ratasiewicz. “She scored in some of the toughest games and played with pace and attitude.”

An excellent athlete who has committed to play Division I lacrosse at Louisville, Scott was a force for the Pioneers, who went unbeaten to win the Central League and later captured the District 1 Class 4A title. An all-league pick, Scott scored 18 goals on 56 shots, including two goals and the game winner in overtime to clinch the district championship. She added 11 assists.

With 20 goals and eight assists, Gray was one of the most dangerous point-getters in the area. She was named a first-team all-leaguer, was the Ches-Mont American Player of the Year and added all-state recognition. “When Emma has the ball at her feet, she is confident to take on defenders and attack the goal,” said her coach Jen Michewicz. “She has some of the best one-on-one moves I have seen.”

Her 15 goals this fall is the second most single-season total in program history. Plona scored in 10 games, including tallies against premier opponents Conestoga, Downingtown East and Unionville. An All-Ches-Mont American selection, Plona was in great form at the tail end of the season, scoring six times in three matches. “Her ability to beat defenders on the dribble and with pure speed makes her one of the more dangerous forwards in our area,” said her coach Lucas Kriner.

The top goal scorer in the area, Donovan was the Central League MVP and helped lead the Pioneers to the district crown. She amassed 26 goals (on 42 shots) and added nine assists and received All-American honors (United Coaches; topdrawersoccer.com) and All-State recognition (Pennsylvania Soccer Coaches Association). She has committed to play collegiately at La Salle.

A future star, Hatt has the versatility to play just about anywhere. “But it’s in the midfield that Lauren is the most dynamic,” said her coach Tom Gotthold. “She is a very smart player. She dominates her area.” Hatt amassed 21 goals and four assists for the Red Raiders, and has played every minute of every game during her first two seasons as a high school player.

The runner-up in player of the year voting for the Ches-Mont National, Waite delivered 10 assists and scored nine goals. A four-year varsity starter, Waite played in all 20 games in 2018 and helped lead the Eagles to 14 wins and into the district semifinals. “Ally dominated this season with superior ball winning skills, both aerial and with her feet,” said his coach Ken Schmidt.

The leader of a defensive group that logged 10 shutouts and conceded just 21 goals in 20 matches. Burke was named a first team all-league performer for 2018. “Burke’s clearing abilities made sure that no team could sustain momentum in the attacking third and her speed stopped any team from being able to play balls over top or through the defense,” said Shanahan head coach Ken Schmidt..

As an example of her kicking ability, Merriwether doubled as the kicker for the Patriots’ football team this fall. A central defender in soccer, Merriwether had three goals and was the anchor of a defense that keyed Great Valley’s success. She was an All-Ches-Mont pick and was the runner-up for player of the year honors in the Ches-Mont American.

The heart and soul of the Red Devils, Greene was an all-league selection and finished third in the voting for Ches-Mont National MVP. Defensively, she helped Avon Grove register 11 shutouts and qualify for districts for the first time in seven years. Greene added three goals, including two game-winners. “She is one of the top two defenders in the entire Ches-Mont,” said her coach Joe Herman.

The top keeper in the Ches-Mont, DeTreux registered five shutouts for a squad than won just four matches. A first-team all-league pick, DeTreux was a team captain and a true defensive anchor. “Kayla has an amazing athletic ability in between the posts,” said her coach Katelyne Phillips. “She kept us in a lot of games with amazing saves.”

Daily Local News Coach of the Year, Craig Reed, guided Downingtown East to the fifth Ches-Mont crown of his 10-year reign in 2018. The Cougars went 13-1 to win the National Division and grabbed the overall league title by virtue of their victory over American Division champ Unionville.

“We hadn’t won it in the previous three years, so that was a huge goal of ours,” Reed said. “To be the best out of 14 quality teams is really difficult.”

En route to a 14-6 overall record, East started 2-3 and was just 6-5 as late as Sept. 22nd following an overtime setback to eventual District 1 champ Conestoga. But the Cougars rallied to win the next eight to finish off their title run.

“The way these girls responded was impressive,” Reed said. “I really enjoyed coaching this group. Every kid across the board contributed. We played all 21 players, even in tight games.”

Under Reed, East won a district crown in his first season as a high school coach in 2009, and later added a district runner-up finish in 2013, which came in the midst of league titles in 2012-14. The Cougars qualified for the PIAA Tournament this fall for the fourth time.

And Downingtown East could be even better in 2019 as the roster included 11 juniors who all saw significant playing time.

DLN ALL-AREA: Even from the back line, Downingtown East’s Buckner stands above the rest
Five Spring-Ford athletes make college commitments