DLN ALL-AREA: Even from the back line, Downingtown East’s Buckner stands above the rest 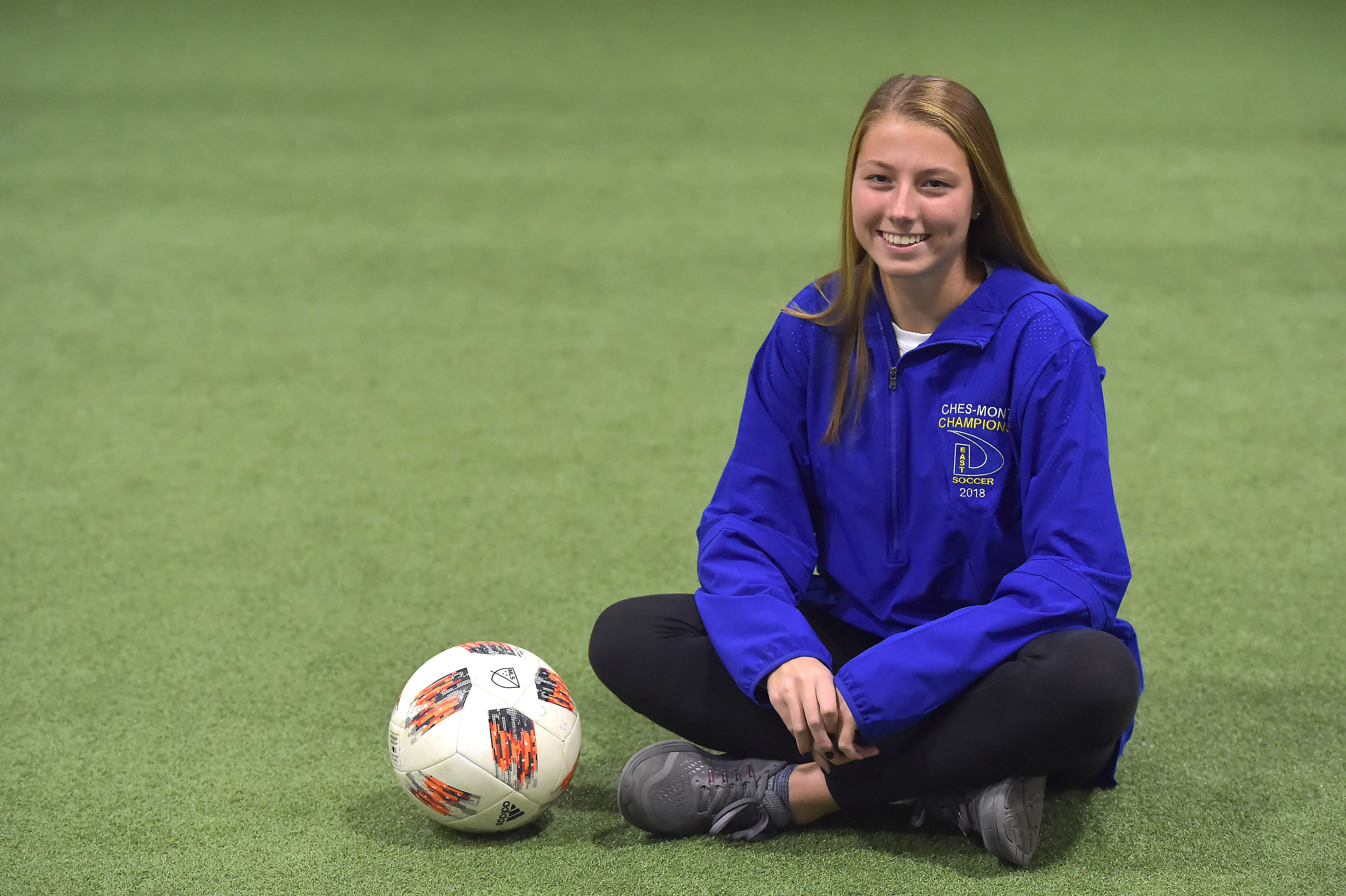 And now she has another plaudit coming her way: Daily Local News All-Area Girls Soccer Player of the Year.

The Downingtown East junior is certainly deserving, in every way, but those are the kinds of recognition that back-end positional players seldom receive. High-scoring forwards and offensive midfielders are common, of course, and there is the occasional goaltender, but a defender?

“I don’t think of myself as a standout player,” added Buckner, who plays center back. “My job is to distribute the ball, set up plays and organizing the defense.

“It was a big surprise. Usually defensive players don’t get the same kind of recognition.”

But Buckner was so much more for the Cougars, who went 13-1 to win the division title as well as the overall Ches-Mont crown. The Chester Springs native racked up an astounding 32 points in 2018 with 10 goals and a dozen assists. She was also a first team All-State selection.

“Emily is an excellent defensive player. But what makes her a next-level kid is that she helped us score goals,” Reed explained.

“This season she proved she was the best player in the Ches-Mont and one of the top players in District 1 and the PIAA.”

Buckner started playing recreational soccer at age four, which stretches just about as far back as she can remember. By eight, she was on a travel team.

“I always loved it,” she said. “I first got into it because my dad used to play soccer.”

As a freshman at East, Buckner made an immediate impression and wound up starting about half of the time in 2016 as a midfielder. A year later, she was a full-time regular and wound up making the all-league second team.

“Emily is a very smart player with exceptional athletic and technical ability,” Reed said. “Her technique is what really separates her from other top players. She has the ability to beat you by dribbling or passing out of tight spaces, or she can beat you by spraying 40-yard passes all over the field.”

Last summer, with midfielders Aliza Trasatti and Livi Lawton back for their senior seasons, Reed proposed the idea of moving Buckner to the defense and she readily agreed. And the transition went smoothly.

“She is an excellent midfielder, but it’s hard not to put her on defense because she is so smart and it makes you feel so much more confident,” Reed pointed out.

In preseason workouts, Reed thought that Buckner would be a good candidate to take free kicks. She would stay after every practice session working on it, easily won the job, and then proceeded to score eight times on set pieces in 2018, including six on free kicks.

“This was the first year I started taking free kicks and it kind of clicked,” Buckner explained.

“To have that many off of free kicks is unheard of,” added Reed, who said that she is the best he’s ever coached. “Her technique is so good, it was not a surprise.”

After every season, Buckner sets out a list of personal goals for the following year. And she’s already focused on several areas for her senior campaign.

“Emily is not an overly rah-rah type of person, but she’s fantastic organizing, and her soccer IQ is really high,” Reed said.

“The whole game kind of flows through her and she is a high-level possession-style player. It was pretty clear, in almost every game we played, who the most dominant player was.”

After high school, Buckner wants to play college soccer, but is also interested in pursuing a career in engineering.

“I’m thinking Division III because I want to focus on academics,” she said.