Westtown gets revenge on Shipley to win Friends Schools title 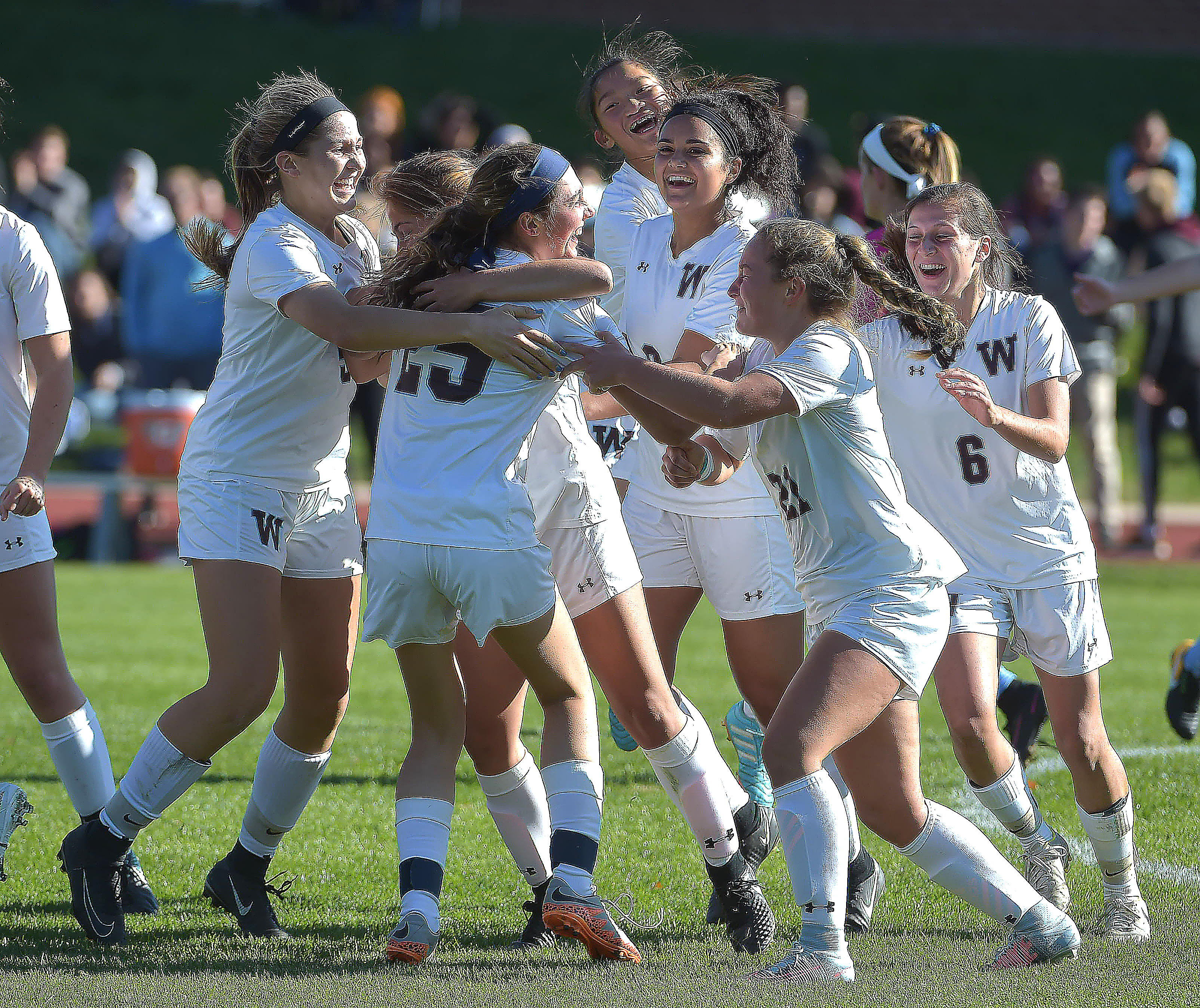 On a windy Tuesday afternoon, the Moose rectified that misstep as Emma Diaz and Halle Brown scored in each half en route to a 2-0 victory and a Friends School League title.

The season was a little bit cloudy for Westtown, which lost a number players from last year’s state title winning team. But, buoyed by reinforcements, the Moose have charged ahead under first-year coach Scott Bissett.

“This is my first year at high school, I’ve only done college and club previously,” said Bissett. “The team is brand new. We only have five from last year. To go and not only win it, but to go undefeated, says a lot for the girls.”

Shipley kept Westtown a little off-balance in the opening 30 minutes. The Moose failed to get a quality look on goal.

“Finals are always edgy,” added Bissett. “We never got the ball down and setle the play. Even after we scored, it didn’t calm our nerves.”

Westtown’s prolific goal scorer Sara Oswald turned provider when she galloped down the left side to gather in a through ball. Her left-footed cross dropped in perfectly for Emma Diaz at the the back post to volley it past Shipley goalie Grace Gordon for a 1-0 lead with 10 minutes left in the first half.

“The goal was beautiful,” said Bissett. “Emma Diaz was our goalkeeper her first year here, tore her ACL accidentally, never played her sophomore year, and returned as an outfield player. She has five goals this season, all simiilar to that one.”

“We work on those so often,” added Oswald. “I just put my head down. I wasn’t expecting to get it in with my left foot, because that’s my weaker foot, but I kicked it to the far post and Emma put it in. She was awesome.”

The Moose almost doubled the advantage soon after the second half restart. Oswald combined with Brown, who sent her in on goal with a pass behind the defense. For a moment, it looked like Oswald had an open net, but Gordon quickly shuffled over and flashed a left foot to make the save.

The closest Shipley came to scoring didn’t even go down as a shot on goal. Goalie Natalie Neumann tried to clear a back pass, but the attempt ended up at the feet of Shipley senior Eliza Green. She broke in on Neumann, with the tying goal seeming inevitable. However, as she was preparing to shoot, senior defender Val Thomson raced in and tackled the ball away, without fouling, to thwart the Gators.

“We definitely had our chances,” said Shipley coach Dakota Carroll. “We’re missing three starters due to injury in our back line. I’m proud of the girls who stepped in. We had our chances, but we just couldn’t put them in.”

Brown scored the insurance goal with a little under eight minutes left. The Downingtown West transfer beat Carroll off a feed from Oswald.

The defense continued its dominant stretch. They have now gone five games without allowing a goal, and Tuesday was their 12th clean sheet overall. They last alowed a tally in a 4-1 loss to Springside-Chestnut Hill on Oct. 14.

The Moose now have a week off before beginning the defense of their PAISAA title.