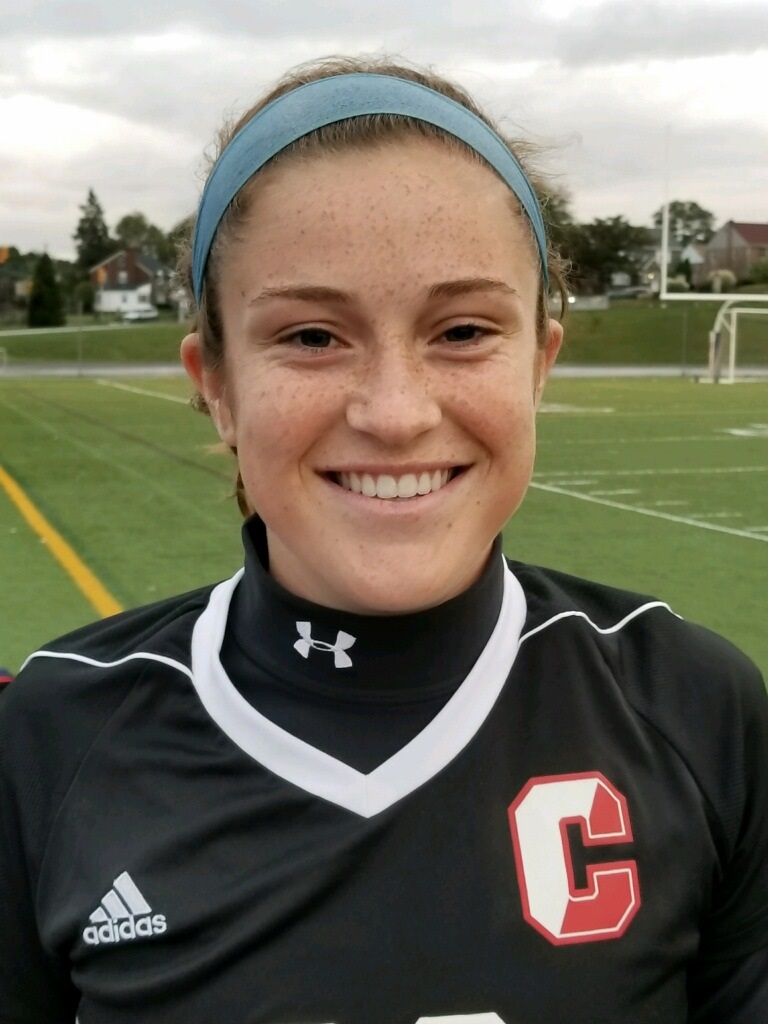 Archbishop Carroll’s Claire Boylan is one of two recipients of the First Lieutenant Travis Manion & Corporal Michael Crescenz Award, to be awarded by the Army-Navy Cup Committee at halftime Sunday as the service academies meet for their sixth annual men’s soccer game at Talen Energy Stadium in Chester.

Boylan is the girls recipient, while the boys honor goes to Bryce Evans of Parkland.

Boylan is a four-year letter winner in soccer and also plays softball at Carroll. She’s a versatile presence, this season splitting time between central defense and goalkeeper. She has one goal on the season, the game-winner in a 1-0 Catholic League victory over Little Flower Oct. 2.

Boylan’s contributions extend well beyond the field of play. She has participated in Carroll’s Community Service Corps all four years of high school and organized food pantries as a CYO Service Team member. Boylan also works with special needs students in the “Best Buddy” program while helping raise awareness and funds for various causes, including juvenile diabetes and pediatric cancer.

Boylan is taking a full schedule of AP courses as well as two college courses at Cabrini University.

The Manion/Crescenz Award, begun in 2016, is selected by representatives from the Travis Manion Foundation, the Philadelphia Union and Eastern Pennsylvania Youth Soccer Association. It began in 2016 to honor two men who lived by a motto of selfless services and who died in service to their country.

“From what we read and heard, Bryce and Claire are not only two outstanding soccer players, but they are also terrific young people,” Rob Bender, the Director of Advancement at the Manion Foundation, said in a statement. “Their selflessness and community service is admirable and certainly fits the ‘If Not Me Then Who…’ motto by which Travis Manion and Michael Crescenz lived.”

Evans captained the national championship-wining Eastern PA ODP team last spring. He participates in Key Club, PALS Club and has volunteered with both the Special Olympics and Miracle League, his efforts focused on working with special needs members of the community.

Army and Navy meet at Talen Energy Stadium, home of the Union, Sunday at 2 p.m.