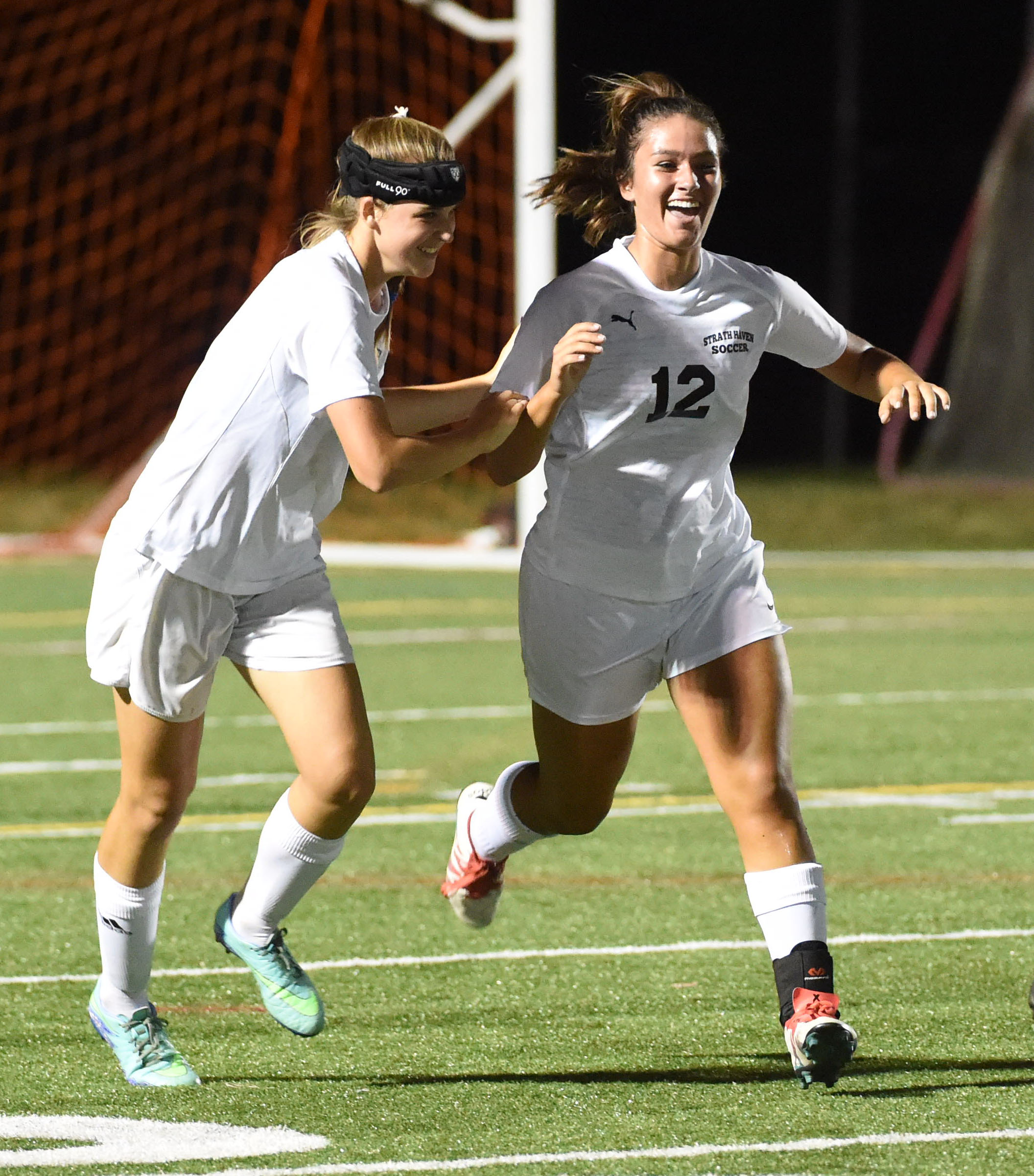 For my other soccer beatwriting pursuit Sunday, I opined a bit on what soccer draws can signify, so much and so little at the same time. The overwhelming prevalence of stalemates among this year’s Super 7 while we’re barely halfway through the season is remarkable and more than I can ever recall. Usually, there will be a few sprinkled in, maybe an early season, nonleague draw or on particular team that can’t seem to finish games and settles for a disproportionate share of draws. Gamedays like last Thursday – which featured the 1-1 draw between Conestoga and Strath Haven and scoreless stalemates between Penncrest-Haverford and Radnor-Harriton – are exceedingly rare.

That tells me that separating the teams in the Central League is an exceptionally messy process, and the permutations on how a championship could eventually be allocated are myriad. It also means there’s not much to separate teams in these rankings. But here’s a try at it anyway. (Records based on games through Sept. 25; keep an eye out for scoring leaders in the coming days perhaps.)

The Churchwomen are off to a strong start, which will be tested in Tuesday’s collision with upstart Baldwin. The losses are to Garnet Valley and Pennington, neither overly worrying. The biggest takeaway is how Molly O’Brien has adapted to her new role. Last year, with fellow All-Delco Jess Shanahan doing the midfield playmaking, O’Brien could focus on just putting the ball in the back of the net, which she did prolifically. This year, she’s compiled an even split of seven goals and seven assists in eight games, which is phenomenal.

The Panthers’ draw with Conestoga last week was one of the best girls soccer contests I’ve watched in a while. It was reminiscent of the intensity from the vintage Panthers teams of 2010-12. This team may not be quite that deep in talent, though getting Claire Van Duyne back bolsters midfield. It’s notable that they drew Conestoga with Lizzie King being fairly muted. But Haven remains a team with a stout, fundamentally sound defense that is just one midfield pass and one lightning-quick King run and finish from beating a team.

The margin between Penncrest and Haverford is slim (as opposed to on the field last week, when it was nothing). I’ve seen both, and I give Penncrest a slight edge for this reason: They’re the better attacking side. Both teams are very good defensively (I give Haverford a slight edge there). Both teams have impressive, veteran central midfield pairings. But Penncrest has more experience up top. And the result is a more prolific attack that has scored 22 goals in nine games.

Haverford’s Brianna Blair, right, leaping against Radnor’s Allison Lanzone in a recent game, is part of a staunch Haverford defense that has them flying high in a crowded Central League. (Digital First Media/Anne Neborak)

On the offensive front, the Fords have just four goals in four Central League games beyond the lopsided win over Upper Darby. That includes a 1-0 loss in double-overtime to Garnet Valley. That said, they’ve only given up two goals all season, so playing games close to the vest isn’t a problem.

The Cougars are a bit of a surprise, though it really only underscores how unrepresentative last year’s chaotic two-win campaign was of the quality in the ranks. This year’s outfit has won seven of nine and five straight after a tough opening weekend at the Bishop Shanahan Tournament. They still haven’t established a full-time goalie, but they played Penncrest very tough, held a lead briefly against Conestoga and earned a signature win over Garnet Valley thanks to freshman Aiden Gallagher’s goal.

The Jags’ win-loss record should look better with winnable games this week, and they have a remarkably tough schedule. GV earned a pair of really nice wins in beating Haverford and Episcopal Academy back-to-back, even if they followed it with a three-game winless streak. But when you look at an out-of-conference schedule that includes Rustin, Henderson, Unionville, EA and Owen J. Roberts, this is more about polishing the team for challenges down the road.

The Owls get the edge, having beaten Archbishop Carroll and Radnor and drawing with Notre Dame in a schedule that has featured more cancellations than games. It’s early to judge the Owls, but Thursday’s game against Germantown Academy should provide an accurate measuring stick.

Honorable mention: Archbishop Carroll (3-4, the big thing for the Patriots is that the three wins are in the Catholic League, which is the metric that matters most for their postseason aspirations); Cardinal O’Hara (4-4-2, the Lions’ schedule is a little weaker, so we’ll see how they fare deeper into the Catholic League slate); Notre Dame (2-2-3, nobody has the draws syndrome more perniciously than the Irish, who’ve tied with Agnes Irwin, Merion Mercy and Shipley. At least those are mostly outside the league. Look for the clash with EA Friday to be telling); Sun Valley (4-4, whether or not the Vanguards have the staying power in the Ches-Mont remains to be seen. But they’re off to a good start, even if they have losses in four of five as the schedule has gotten tougher); Christian Academy (4-1, the Crusaders have 26 goals in five games, which could make them a challenger in the Class A district field).