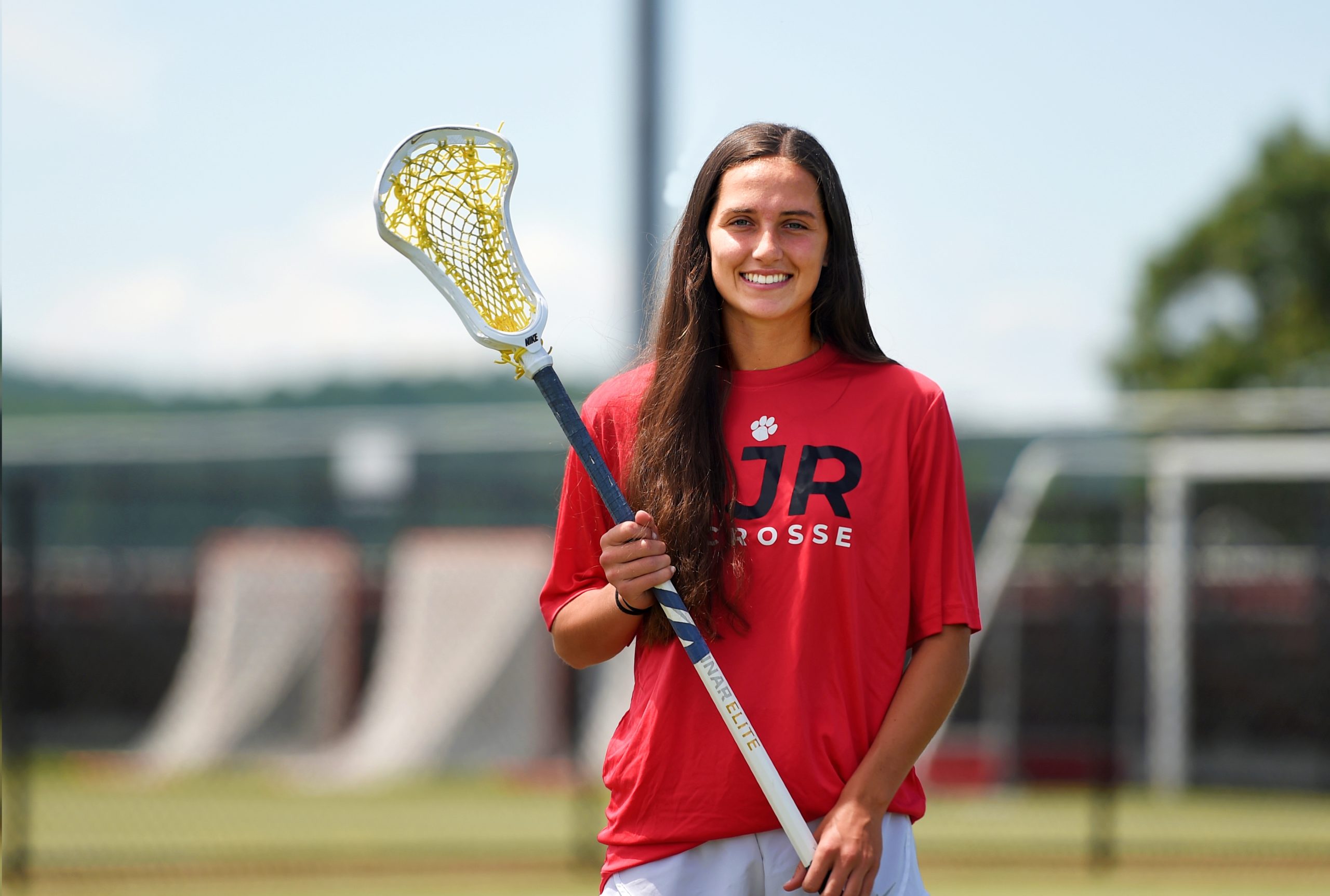 On an Owen J. Roberts girls lacrosse team stacked to the brim with talent, Gabbi Koury stands out.

While she certainly doesn’t seek it out, the attention Koury’s play brings isn’t something she takes lightly.

“I definitely embrace it,” Koury said. “I’ve been working so hard at this sport my entire life, so it’s nice that all my work is paying off and I get to show that in every game.”

The junior and her teammates went undefeated in the regular season then finished as the Pioneer Athletic Conference runner-up and went on runs to the District 1-3A and PIAA quarterfinals. A 23-3 season was made possible thanks greatly to Koury’s 96 goals along with 53 assists and 160 draw controls. Even with opponents more familiar with her name and defenses focused on stopping No. 22 in red, Koury, the Mercury’s 2021 All-Area Player of the Year, distinguished herself yet again to repeat the feat in 2022.

“What most people don’t realize is what an amazing kid she is,” OJR coach David Schlesinger said. “She’s very mature, very driven. You can see the competitiveness in her. You can see the talent from the bleachers. But what you can’t see is what a wonderful friend, daughter, sister and person that she is. Koury had a sensational sophomore season in 2021, scoring 77 goals and tallying 49 assists for last year’s PAC champions. In Koury’s first varsity season (the COVID-19 pandemic wiped her freshman year), she noted the Wildcats had a strong senior core in place.

Entering her junior campaign, the Wildcats had three seniors, but Koury knew she would be one of those leading the charge for OJR.

“Last year we had a lot of seniors who were great leaders and this year we only had three, so everybody else had to step it up and be a role model,” Koury said.

“I like to bring leadership and I like to be a role model for all the freshmen coming up so that they can feel welcomed to the team and get going right away.”

Koury is part of a talented junior class with several Division I recruits who play together throughout the year for Schlesinger at the club level. Koury and Schlesinger both said the chemistry among all of them impacts both her individual and the team’s success.

Multi-sport standout Alexa Vogelman (79 goals, 48 assists) and Koury share the spotlight on the girls soccer and girls basketball teams at OJR as well. The pair are almost a perfect complement on the lacrosse field.

“It definitely helps our abilities,” Koury said. “We’ve been playing together for I don’t know how many years now. In every single sport, our chemistry, we always know what the other one’s going to do, so with our passes we know where the person’s going to cut and stuff like that.”

With a busy schedule every season, Koury still finds time for lacrosse. She plays for the Wildcats on weekends in a fall league during soccer season and is there for winter clinics when possible during hoops season. Koury knows she needs to take time to rest to ensure her health, but even when her schedule gets busy she finds time for some fine tuning to her game.

“Whether it’s 10 minutes or 30 minutes, I go in my basement and hit the wall or I go outside and play on the bounceback and get some shooting in,” Koury said.

Koury has 173 goals entering her senior season. Even without a freshman campaign, the school record of 255 set by Maddie Gebert in 2016 is within reach. She also has 102 career assists, 21 behind older sister Maddi (though Maddi did not get the chance to complete her senior season).

Schlesinger said if she didn’t miss her freshman season, Koury would likely be on path for the most points in Pennsylvania girls lacrosse history. Her gaudy numbers could be even gaudier, but she allows her teammates to have their moments to shine as well.

”She is probably the least selfish elite player that I’ve ever coached,” Schlesinger said.

Koury made her commitment to play at the University of Florida in September. She played for head coach Amanda O’Leary at a showcase event a few years ago. The big campus, elite athletics and academics were among the other factors in her decision.

“It was very relieving. Everybody who goes through the process, it’s super stressful,” Koury said. “You start thinking so much about it. You’re like, ‘Is this what I want to do?’ You have to make sure that you want to make this commitment. I’ve known that I want to go to Florida for a few years now and it was so relieving to finally be done with it.”

The Wildcats have lofty goals, ones they’ve fallen short of the past two seasons. There’s a fine line in the postseason and two epic comebacks in the district and state quarters ended in one-goal losses to Garnet Valley — the last one in three overtimes.

Koury and her classmates will have one last run next season. Those championship ambitions remain the same.

“Every one of us has very ambitious goals as individuals and as a team,” Koury said. “Obviously we want to win championships and this year was kind of a bust going 0-3 for that, but I think it will only help us to be motivated for next year since for a lot of it will be our senior and knowing that it will be our last year, we’ll make the most out of it.”