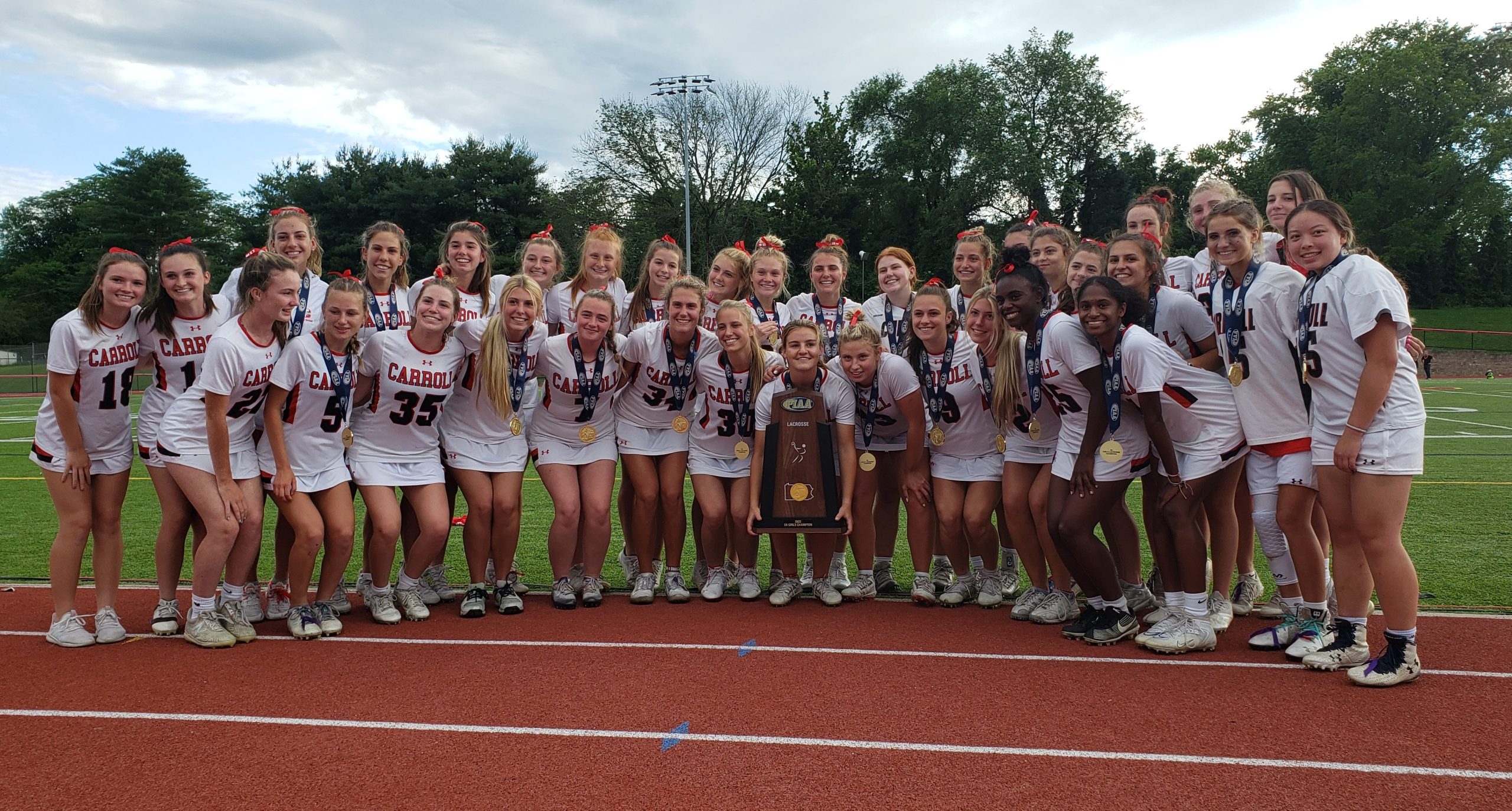 WEST GOSHEN — Archbishop Carroll’s 2022 season was one for the history books.

Carroll (24-0) is the first PIAA girls champion to end the year with an undefeated record, another amazing feat for a program that continues to dominate under coach Lorraine Beers, who has guided the Patriots to three state titles, including a Class 3A plaque in 2017.

It’s not necessarily the 21 consecutive Catholic League championships or the winning streak that goes back to the year 2000 that keeps Beers coming back after every season. It’s the players who keep her feeling vibrant.

“I’m so proud of them, especially for all the seniors, for just getting it done today. That was a tough team we played,” she said. “You love being around the young ones every day because it does give you energy. They make you feel young. Their energy is your energy. The kids are awesome and they’re so special and so talented. They’re fun to be around. I can’t say enough about them. They love each other and they fight hard for each other and that’s kind of what pulled them together in the second half.”

The Raiders (25-2), the District 3 champions, played shutdown defense in the first half. The Patriots dominated time of possession, but found it difficult to find consistent shots on net. Goalie Paige Borkowski (six saves) stood tall, but sophomore defender Morgan Raines made things tough at times for Carroll attacks Emma Talago and Kiley Mottice.

Talago and the Patriots would have the final say, though. The senior attack was involved in eight of the Patriots’ 10 goals. With her team trailing 6-4 at the break, Talago set the tone early in the second half, assisting on two goals by Catie McConaghy and one by Brooke Hippert. McConaghy’s second tally gave the Patriots their first lead at 7-6 with 18:20 left.

“At the half we kind of just talk about how all the nerves that we had were restricting us from playing free like we usually do,” Talago said. “So I think just finding that energy that we have in us and bringing it out on the field was important. We were in the same position last year, in the state championship we’re down 2-4 (against Strath Haven) at half. We knew that the game wasn’t over at all. We had it in us. I think that’s what changed for us, just finding that energy and playing for each other.”

Anna Kaplan, who will be Talago’s roommate at Loyola (Md.) this fall, carried Twin Valley back into the lead. She scored twice during the span of 10 seconds to give the Raiders an 8-7 advantage with 17:22 to go. Despite her second-half surge, Twin Valley’s best player was largely held in check by Carroll sophomore Brooke Wilson.

“I’m never worried about an underclassman like Brooke defending one of their best girls,” Talago said. “She was great. Beers picks out the girl who she knows is going to do the best job.”

Talago scored the game-tying goal a minute after a Twin Valley player was whistled for a yellow card. Later in the half Carroll’s Chloe Bleckley was called for a yellow, and it was during that time when goalie Bridget Robinson made the first of a series big saves to keep the Raiders from scoring again. With the score tied she denied Kaplan on a free position shot with 13:15 to go.

“I was definitely in my head in the first half, but getting those saves really just gave me momentum and the confidence I needed,” Robinson said. “We were all working together and building off the momentum from the defense.”

Talago fired a rocket past Borkowski with 9:33 left to give Carroll a 9-8 lead. Henry added an insurance tally with 7:50 left, then she came away with the ensuing draw control. From there the Patriots spent seven-plus minutes running out the clock.

Talago produced four goals and four assists in her final game at Carroll. Henry added two goals and an assist.

“We do this for Beers because she has done so much to help us,” Talago said. “Without her we would not be capable of any of this. She pushes us every day at practice and sometimes we hate it, but we know this is all because of her and we love her for it.”