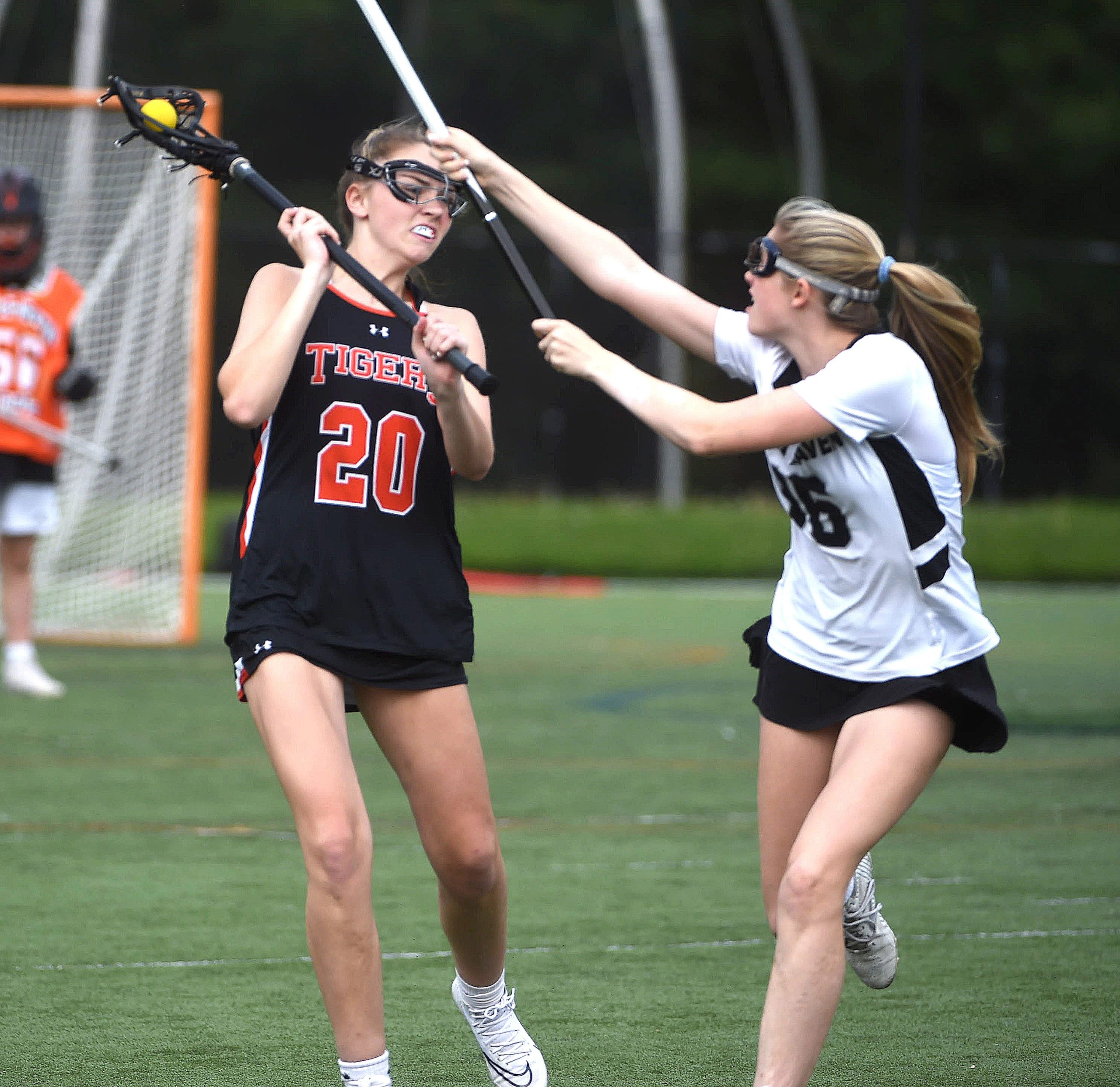 Strath Haven's Molly Omrod defends in a game against Mrple Newtown in May. (Pete Bannan/MediaNews Group)

If you just listed Kaitlin Nieczpiel’s goals (four) assists (one), ground balls (one) and caused turnovers (one), you could say that the Strath Haven junior had a pretty full day.

But those weren’t the most impressive numbers she posted in the Panthers’ 18-6 triumph over Gwynedd Mercy Academy in the District 1 Class 2A semifinals Tuesday afternoon at George L. King Field.

Nieczpiel racked up an astonishing 19 draw controls to send the second-seeded Panthers into Thursday’s championship game top-seeded Bishop Shanahan, a 12-5 winner over No. 5 Mount St. Joseph Academy. That game will be at 5 p.m. at West Chester East Thursday.

It’s the second straight year Strath Haven has reached the district final. The Panthers dropped a 14-9 decision to Shanahan last season before going on to finish second to Archbishop Carroll in the PIAA Tournament.

Nieczpiel’s draw controls enabled Strath Haven to pull away from the 11th-seeded Monarchs late in the first half.

The Panthers scored six times in the final 6:48 of the opening session to break a 4-4 deadlock and take a 10-5 lead into halftime. At least four of those goals came as a direct result of draw controls by Nieczpiel, who also tallied three of her four goals in that stretch. Five of those goals came in a 3 minute, 12 second span after the Monarchs fought back to tie the game for the final time.

Molly Omrod pitched in with three goals, two ground balls and one caused turnover. Goalie Ava Yancey turned in a strong game with five saves and one ground ball.