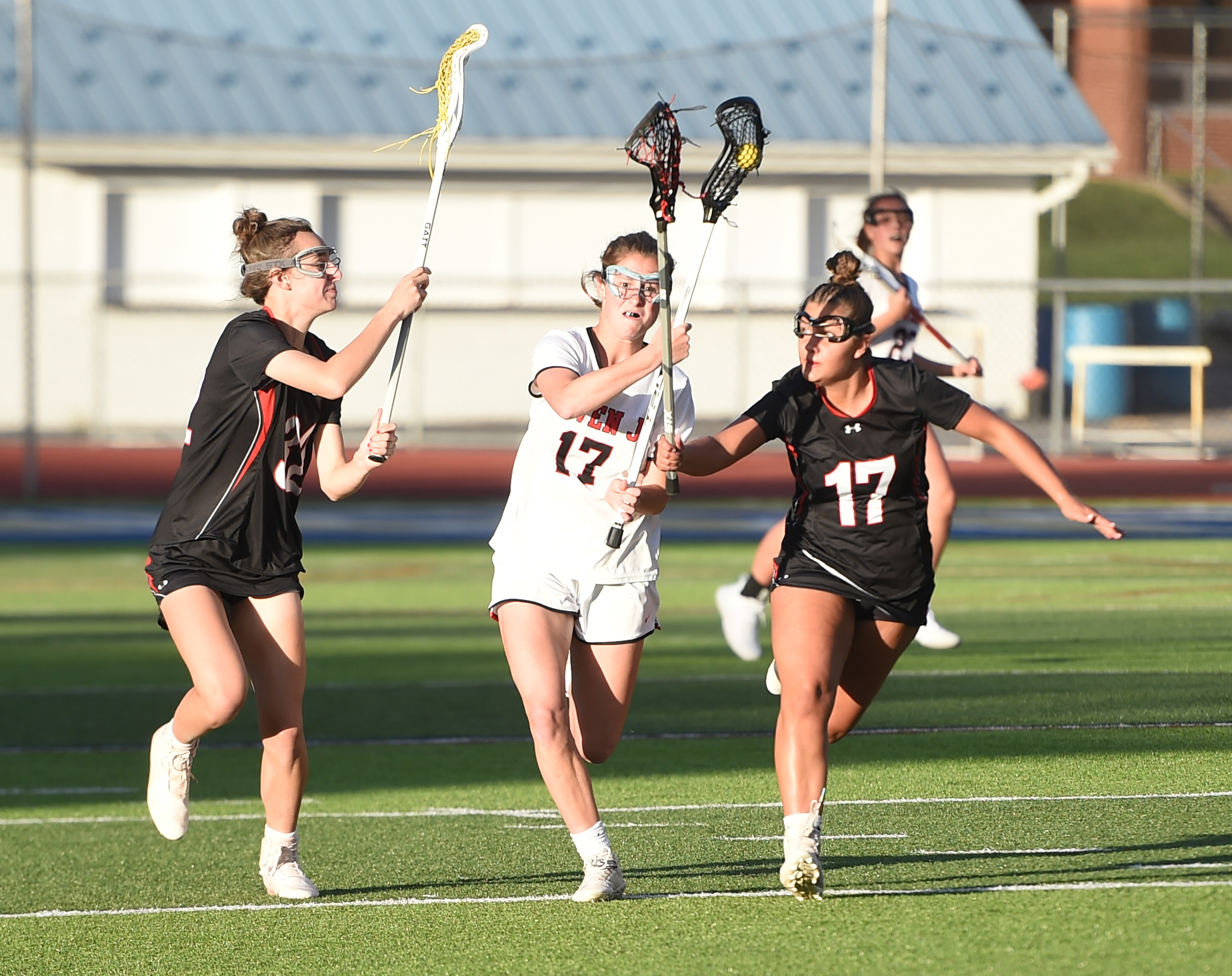 It was the league’s first postseason since 2019.

Methacton thumped Frontier Division champion Phoenixville, 13-3, in the opener before Owen J. Roberts stayed undefeated with a 16-4 victory over Boyertown in the nightcap. Methacton and Owen J. Roberts will play in the league championship game Thursday night at Upper Merion.

The games were short on drama, but after two straight springs without a league postseason, the return of the Final Four was a welcomed night.

“This was my first one,” Methacton junior Megan Sanelli said. “I think we were all hyped in school with our spirit. We knew this was a great opportunity to be playing with each other again and making our season go on longer.”

“It was great energy tonight and I thought we all worked so well together,” Owen J. Roberts junior Avery Wentzel said. “It was just so fun.”

Helped by some face-off wins by Maggie Rosa, Phoenixville’s Jaime Michaud scored two straight goals to put some pressure on the Warriors in the middle of the second half, 9-3.

Sanelli and Weber quickly answered with scores to quell the spurt and send the Warriors on a 4-0 run to end the game.

“I think we did a great job. They scored but we took our time when we had the ball and we didn’t rush because we knew we could keep this game in our hands,” Sanelli said.

Methacton’s Mackenzie Clark and Phoenixville’s Maddy Schramm both made 11 saves in goal. After both teams scored in the first minute, OJR (19-0) reeled off six straight for a 7-1 lead and built that advantage to 12-3 by halftime.

“It’s a really cool feeling to play altogether as a team and work together to get here because our chemistry and ability to work together has gotten us this far and it’s going to continue to get us farther,” Clemson said. “

Jasmine Fink, Alina Friz, Ali Pioli and Hannah Adamski scored goals for Boyertown (12-6), which was stifled by a strong Wildcats’ defense in front of Korrigan Sweeney.

“We had great team defense,” Wentzel said. “We worked really well together and we had great chemistry, so we just got the job done and shut them down.”

After a slow start to their season, the Bears won nine of their last 10 (the lone loss a 16-4 defeat to OJR) to earn the league’s final postseason spot.

The Wildcats proved too tall a task again Tuesday night, but the Bears will look to regain their late-season momentum in the District 1 playoffs next week.

“As a coaching staff, we’re really, really proud of them to get to this point because at the beginning of the season we lost three games in our first week,” Boyertown coach Pam Wernersbach said. “Everybody wrote us off immediately. They really, really believed in themselves as a group, believed in each other and kind of ground their way through to get to this point.”

“This is a bump in the road. Yeah, it’s disappointing to get to this point and lose, but we still have another season to go.” The Phantoms embraced Tuesday night’s postseason experience despite the lopsided loss. It was Phoenixville’s first PAC playoff berth since 2015.

“This is the first time for all of them,” Phoenixville coach Aamina Thornton said. “We didn’t get what we wanted but it’s an experience they can draw from. … Some of the younger girls, this is a goal for them to look forward to next year and see what they have to do, postseason and preseason to see if we can get over that hump.”

The Wildcats have a small senior class so Thursday night against Methacton will be the first championship game experience for the majority of the league’s reigning champs.

“I think it will be a lot of fun and really exciting to be a part of again,” Clemson said. “We’re all very pumped up for it.”