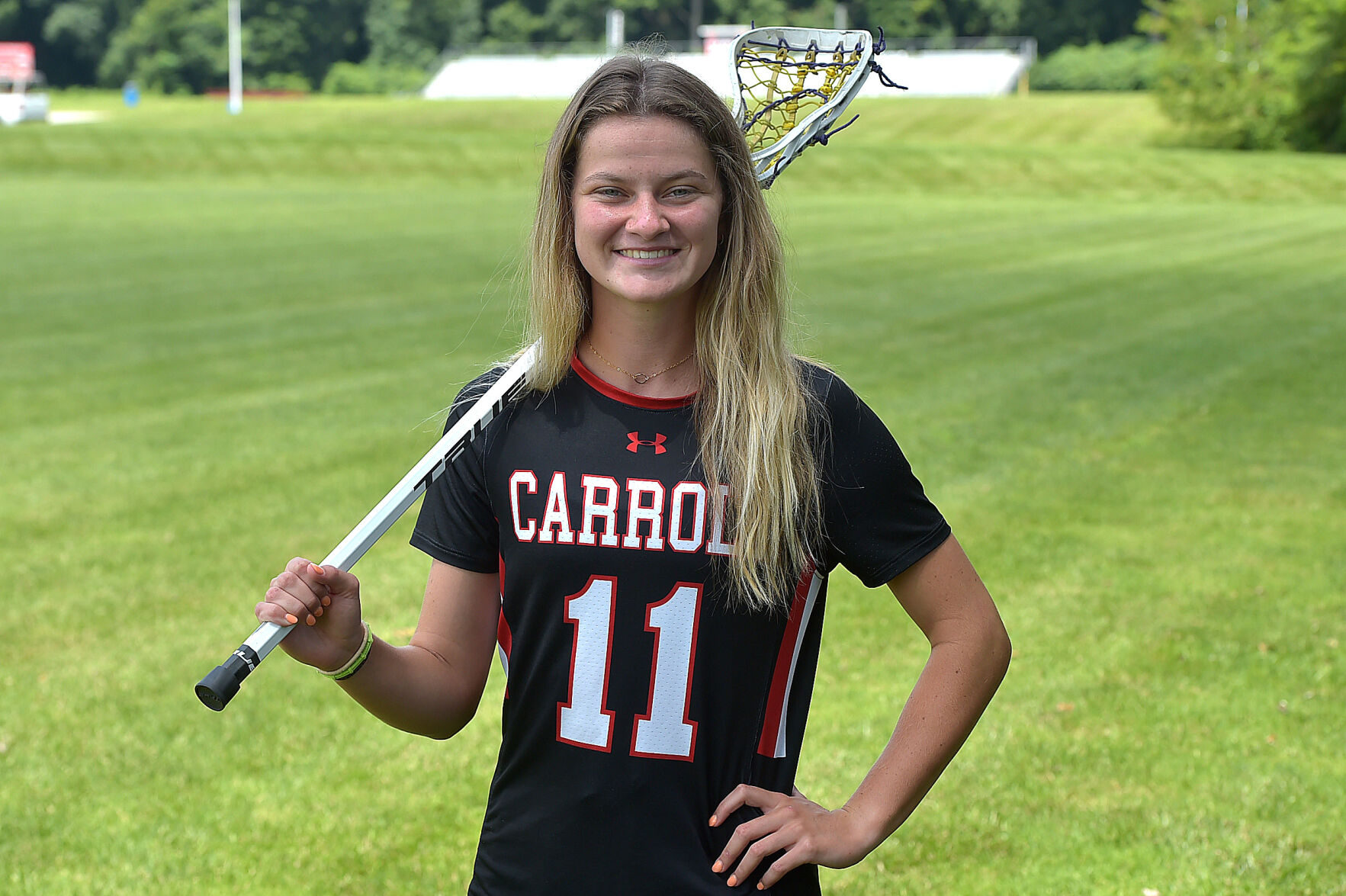 RADNOR — The drill before each Archbishop Carroll girls lacrosse game is the same, even if keeping it that way is the most difficult task of the day.

For the last 252 Catholic League games and counting – a streak older than any of the current Patriots – Carroll has taken the field and dispatched all comers. The result is 20 championship wheels tiling the lobby.

Yet when Keri Barnett, as a team captain, collects the Patriots before a game, the mentality has to stay the same. The Patriots’ perennial goal is to challenge for a state title. It’s not a goal they can achieve on an April Tuesday against Archbishop Ryan or a May Monday at Conwell-Egan. But what happens there, Barnett tells her teammates, affects what happens when the big teams come a-calling.

“We go into every game with the same mentality of giving it our all,” Barnett said. “Especially after PCL games, we’re excited to do the nonleague games because we want to have a good game and play really well. Before PCL games, we practice the same, act as if it’s all the same, you never know what’s going to happen. We use it as big motivation to prove that we’re more than just a good PCL team.”

Archbishop Carroll’s Keri Barnett, right, slips a shot past Strath Haven goalkeeper Erin Spaulding early in the second half Saturday to put the Patriots up a goal in what became a Class 2A state championship victory over the Panthers. (Pete Bannan/MediaNews Group)

It may sound a little like so much coachspeak, and in a game that could just as easily be 35-1 at is it 20-1, it’s probably academic. But Barnett and her fellow leaders always keep the larger picture in mind. Winning the day is important. Winning in a way that would set up success down the road, though, is most vital.

Carroll summarily passed its tests on the way to that round number of Catholic League crowns. And it surmounted the obstacles in its path to states glory for the second time in program history. Barnett’s leadership on and off the field was a big reason why.

All 13 selections are first-timers due to last year’s COVID cancellation. Miller, Mottice, Wilson and Stankavage are the lone underclassmen, all juniors. The All-Delco team is selected in consultation with area coaches.

Barnett’s lacrosse journey started in the fall, as a member of the Carroll soccer team that qualified for the PIAA tournament for the first time. What is in many ways a conditioning exercise for the spring turned into a taste of high-level competition, something that many lacked given the pandemic disruptions of 2020.

“I think we had the experience of playing in the bigger games,” Barnett said. “We made it to the first round of states, so with all the experience and the drive and everything, it really transferred over.”

That increased the expectations for the spring. For Barnett, it would be a last season with Carroll coach Lorraine Beers. Barnett, who spent her first two years of high school at Interboro, joined Beers’ club, Phantastix, after Barnett’s previous two clubs dissolved.

Looking back, Barnett couldn’t have asked for a better home. On athleticism alone, she could’ve coasted into a stellar high school career and college lacrosse. But Beers brought out the best of her skills and mentality, honing an elite competitiveness.

“I don’t even know how to describe her. She’s the best,” Barnett said of Beers. “She brings things out in you that you didn’t think were there before. She’s pushed me to be the best player that I can be. She forces this drive within you that you bring to your everyday life. She’s the best.”

As with any Carroll player, the stats only tell part of the story, with scorers limited to just one goal per game against league opposition. Still, Barnett scored 58 goals, one behind Mottice for the team lead. She added 11 assists for 69 points.

For a better gauge, Barnett had only 10 goals after nine games. That means she scored 48 in the season’s final 15 outings.

Barnett scored in every game. She tallied five goals each against Conestoga and Bishop Shanahan, then six in the second round of states to beat Villa Maria. Her impact was more mental in the next outing, a three-day odyssey against Twin Valley that included two weather suspensions at two venues.

“Turning it on and off is definitely really mentally challenging,” Barnett said. “The leaders had to step up and say, ‘we still have stuff to finish, we have to win this game to make it far.’ It was rough but thankfully we got through it.”

That adversity prepared Carroll for the final, when things didn’t start well against Strath Haven. The Panthers were up 4-2 at the half before yellow cards slowed them. Barnett took control, with a game-high four goals plus two assists. When the Patriots were looking for direction, they got unflinching leadership from their best player.

That determination was important in her recruiting journey, too. There’s no doubt that Barnett is a Division I talent. But early in the recruiting process, she decided to follow the path set by older sister Sami at West Chester, where she was an All-America and led the Golden Rams to a Division II national final.

Barnett lets out a knowing chuckle when it comes to describing the recruiting game, where Division I status is the brass ring so many chase. But when what she wanted in a college – a nursing program, a chance to play right away and be a big part of a program, being close to home – came packaged in a D2 wrapper, she had the self-assurance to go with her gut.

“I’m super excited,” she said. “I’ve been watching her forever it seems like, and I’ve always looked up to her, especially because I’m going there for lacrosse and nursing and she did that as well. It was tough coming to that conclusion with what school I wanted to go to, but there was something with West Chester and that home feeling, that it had perfect everything.”