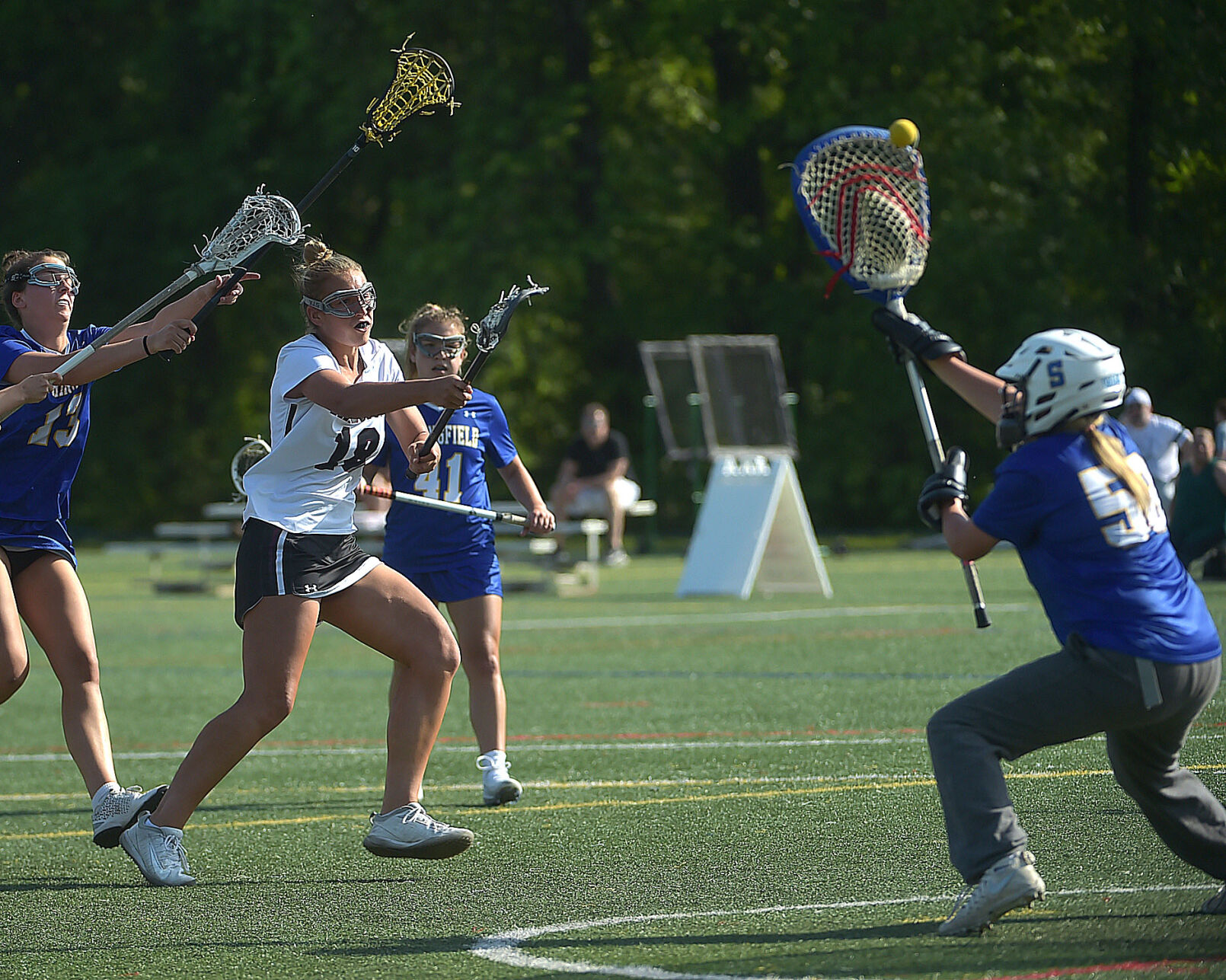 RADNOR — The directive from coach Kristin Addis was clear to Avery Ciatto.

The Radnor defender would spend Saturday morning as Maddie Greco’s shadow, following the Downingtown West attacker wherever she went. The defense’s success, Ciatto knew, might hinge on how well Radnor could contain the Penn State commit.

“She said, ‘Avery, you’ve got 23 (Greco). She’s going to stand at the top of the eight, she’s going to cut left, right, left, right, back and forth,” Ciatto said. “This is something we’ve been practicing a lot in practice, switching our stick and getting it in front of her the whole time. I just used my speed and recalled the knowledge from practice and just focused in on her hips and watched her the whole time as she cut back and forth.”

Ciatto won that individual battle, which went a long way toward an 11-7 win for No. 2 Radnor in the District 1 Class 3A quarterfinals. The win sends Radnor (17-1) to Tuesday’s semifinal against No. 3 seed Garnet Valley and clinches a berth in states. The Whippets (15-4) are bound for playbacks.

Radnor, meanwhile, found the right balance between patience and pushing the issue. Six of its 11 goals were assisted, the result of heady off-ball movement at the seams. Three of the helpers were supplied by Tori DiCarlo, who added two goals.

“We knew they were playing a zone from the first offensive possession we had,” middie Cierra Hopson said. “We work on this all the time, we plant someone on the middle and hope we can find the open girl after working the ball for a while. That was our main goal, to work the ball today. And we came together by the end, working as a unit and that’s what got us this win today.”

“I think we held our defense very well,” West defender Caelan O’Connor said. “We’ve been practicing getting random things thrown at us, but I think we came together as a team, talked a ton and just held our ground like we wanted to.”

Radnor also showed its midfield depth. Downingtown West led 2-0 nine minutes into the game, but Julie Breedveld erased that deficit with a pair of goals, the first a response within 10 seconds on one of her game-high seven draw controls. When the first liners tired in the muggy morning heat, high-energy reinforcements entered from the bench, with both Sarah Kelley and Olivia Kelley supplying assists.

Sally Austen scored twice and Hopson tallied a hat trick. That was despite a stellar effort from West’s Libby Strauss, who turned aside eight shots. West also got a pair of goals from defenders, with O’Connor and Aliza Thir potting shots to cap long sprints from the backline to goal.

“We have the speed everywhere on the field, and especially on defense,” O’Connor said. “That’s killer for us and it helps so much. Just to have players that can do that and get the attack going even though we’re all the way down there is something that I love about this team.”

Libby Strauss a huge denial of Julie Breedveld from 8. She has 5 saves pic.twitter.com/QP196WTRpd

All that effort, though, didn’t stop Radnor from accomplishing a significant goal in the season-long to-do list.

“That’s huge, are you kidding me?,” Ciatto said. “We have it circled, June 12. It’s on our calendar and this is just one more step in the right direction.”