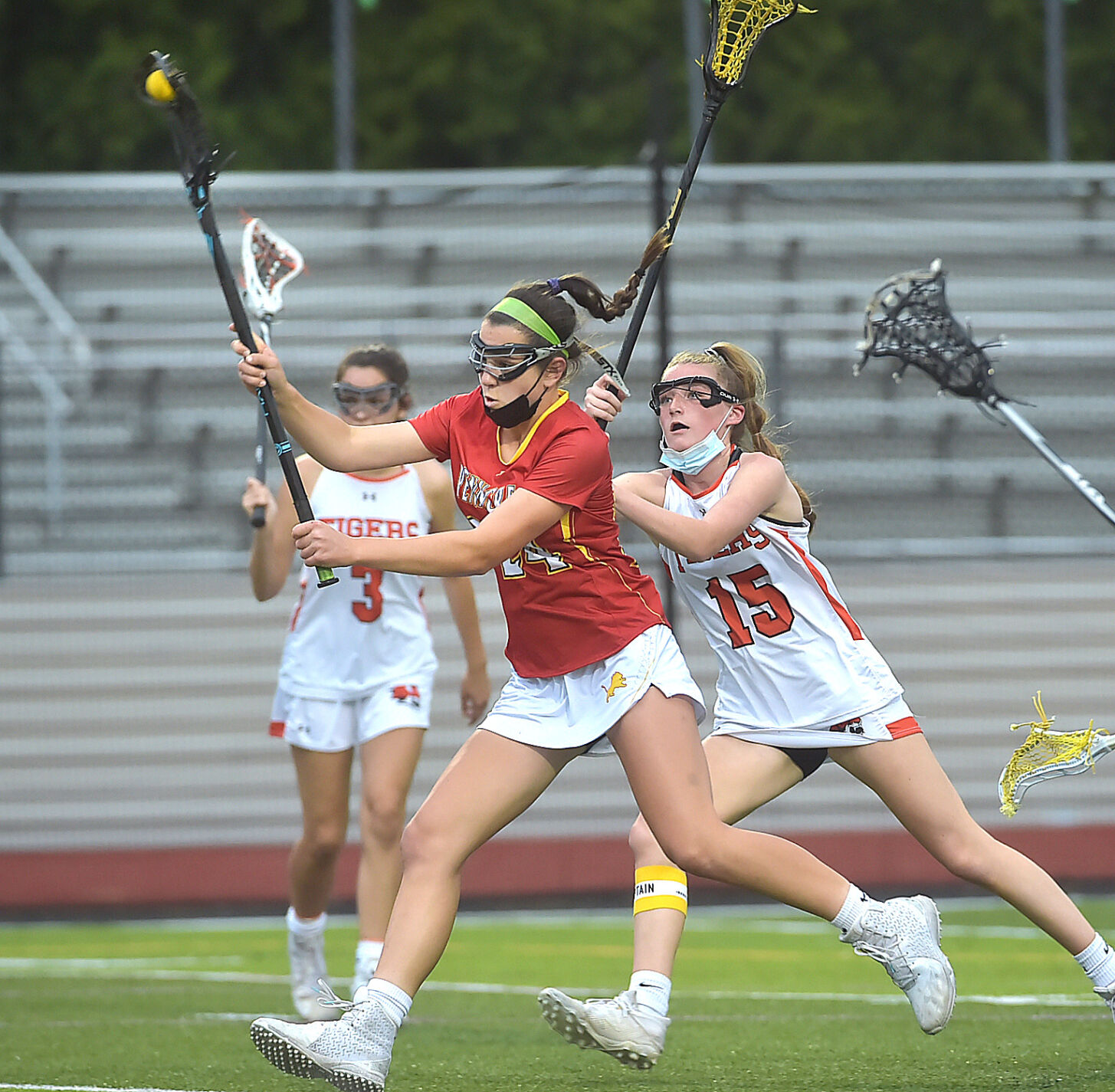 Kylie Gioia had both goals for the Tigers.

Erin DeStefano, Bella King and Gabby Rizzio all tallied twice for the Cougars, who led the entire way.

Radnor 18, Lower Merion 1 >> Cierra Hopson had a huge game with four goals and six assists for Radnor, which remained in a second-place tie with Garnet Valley.

Sheila Esgro had four goals and two assists, while Tori DiCarlo, Margaret Mooney and Julia Breedvald all scored twice in the winning effort.

Bonner-Prendergast 26, Little Flower 2 >> The Pandas were relentless on attack as 11 players scored at least one goal.

Kennett 23, Sun Valley 2 >> Riley Basht and Carli Komorowski each scored a goal for the Vanguards. Tori Burgos finished with 16 saves in net.