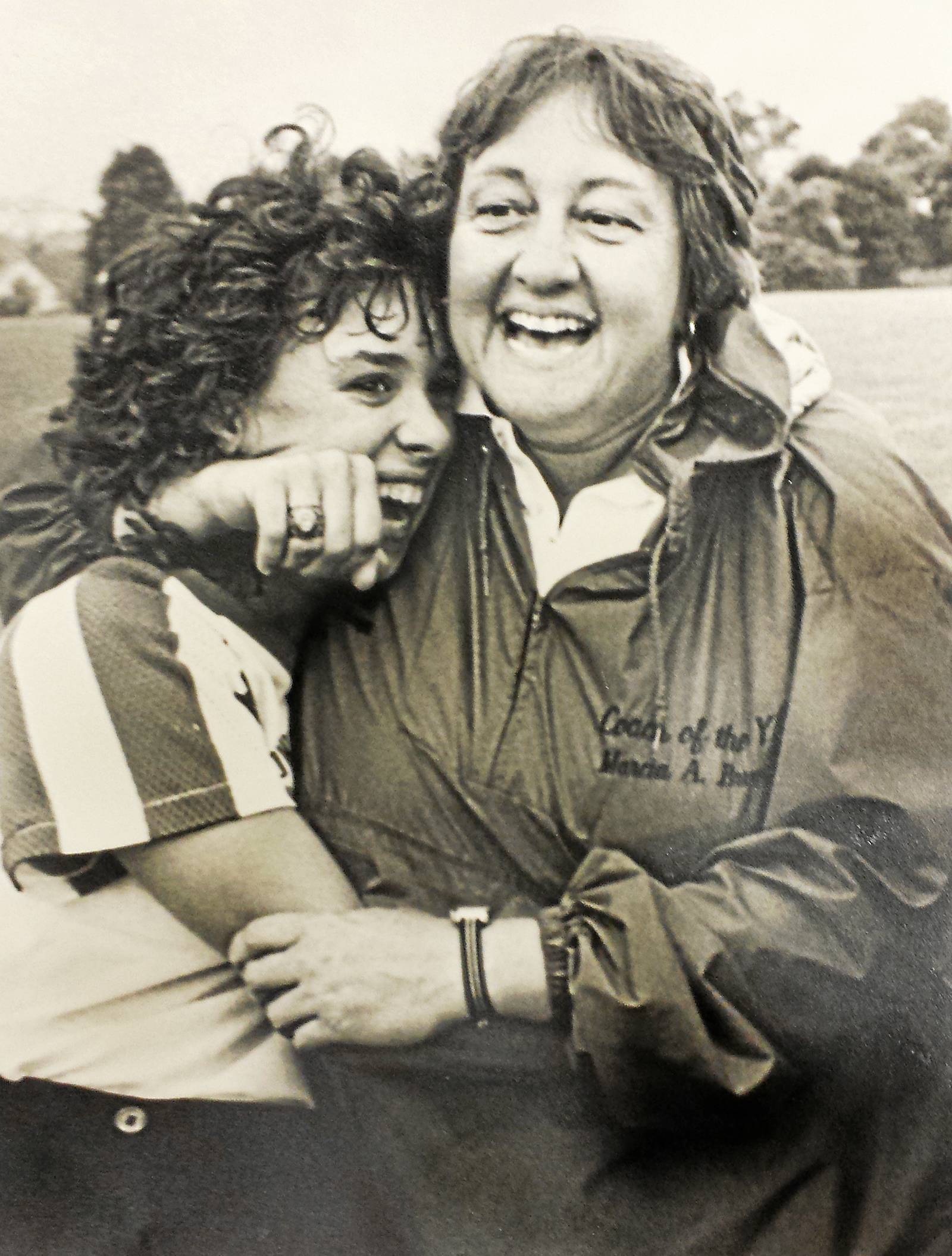 BOYERTOWN >> The Boyertown area lost a legendary coach, teacher and inspiration to countless students and athletes when Marcia Brumbach passed away last Thursday.

Brumbach, 70, was a star athlete in high school and college and taught and coached multiple sports for over 30 years. Her records, championships and inductions into various Halls of Fame were exceeded only by the number of students and athletes she inspired along the way.

Brumbach was a 1966 graduate of Boyertown, where she was a standout in basketball, field hockey and softball. She was not allowed to play lacrosse – the sport for which she is best known – because only freshmen and sophomores were allowed to play when Boyertown started up the program during her junior year.

She graduated from Concord College in West Virginia, where she was also a multi-sport star and was inducted into that school’s Hall of Fame in 2001.
After beginning her teaching career in York, she moved on to Boyertown, where she coached lacrosse, field hockey and basketball. During her 21 years as lacrosse coach, Boyertown won four District 1 titles (1984, ‘85, ‘93, ‘94), which were considered unofficial state championships at the time since the PIAA did not start conducting playoffs until 2009. The Bears’ lacrosse record under Brumbach was 245-67-12, including a state record 56-match winning streak between 1993 and 1995. She coached 26 high school All-Americans and many of her players went on to compete in college all over the country.

“It is impossible to put into words the influence that Marcia had on the many people she impacted in the classroom and the playing field,” said current Boyertown girls lacrosse coach Pam Wernersbach, who played lacrosse for Brumbach. “While not recognizing it at the time as a student and player, she provided all of us with the skills we needed to be ahead of the curve in both skill development and performance in and out of the classroom.

“As a coach she was demanding, passionate, detailed, inspirational and supportive. Marcia was able to get more out of her athletes and teams than someone should have been able to do. She demanded so much of you as an athlete, both in your performance and your commitment to the team in the moment.”

Many Facebook posts also shared how Brumbach was a demanding teacher and coach, but all for the betterment of her students.

“Great coaches stay with you your entire life,” wrote Annette Potemski. “Coach Brumbach was that coach. She was the toughest, most demanding coach. She made you want to work hard. The result was countless championships and high level athletes. She will always be remembered.”

“She was one tough teacher, but only because she wanted us to succeed, and we were all the better for it,” wrote Kelly Horner Freed.

Brumbach was not only appreciated in Boyertown, but was also known throughout the region, and even internationally, for her coaching abilities.

Mercury file
Marica Brumbach, pictured after being inducted into the Pennsylvania Sports Hall of Fame in 2013, died last Thursday at age 70.

She was the Pennsylvania Girls High School Lacrosse Coach of the Year seven times. She coached the West Chester University basketball team for several seasons and was involved in many college-level lacrosse camps around the country. She also coached international lacrosse teams in England and Scotland, along with the Japan Women’s Olympic Team.

“Marcia was willing to try applying strategies from different sports which allowed her athletes and teams to be a step above other programs,” said Wernersbach. “Ultimately, players that came out of her programs learned so much more than sports. Her athletes came out on the adult side of things, being able to believe in themselves and have the ability to advocate for themselves, what they believed in and being able to follow through on their commitments.”

“Coach was a tough cookie,” Debra Minzola Jimenez said in a ‘Boyertown Area Times’ interview upon Brumbach’s PA Hall of Fame induction in 2013. “She made me work harder. She knew exactly what buttons to push. She taught me perseverance, tenacity. She was a coach that made a difference in players’ lives on and off the field.”

Jimenez, who set school and state scoring records at Boyertown and played lacrosse at Temple University, was a member of the U.S. Women’s National Team for two years. She is one example of the many former Brumbach players who went on to play in college and coach.

Another is Wernersbach, who earned a scholarship to Old Dominion University, where she was a four-year letter winner.

“I could not even imagine how many people – her students included – she inspired to reach for goals in their own personal lives, both in and out of the sports realm,” said Wernersbach. “So many players have continued to give back to lacrosse and other sports through coaching and officiating. Marcia was a firm believer in the multi-sport athlete, understanding the benefits to being involved in multiple activities.

“I will be forever grateful for having her in my life. She influenced me greatly as an athlete, opening doors for me that might not have been there without her influence. I believe many former players were in the same situation. I was able to return home after college and have the opportunity to work with her both professionally in teaching as well as coaching, jump starting my career in both realms. In the process, she also gave me so many wonderful memories that I will always cherish.”