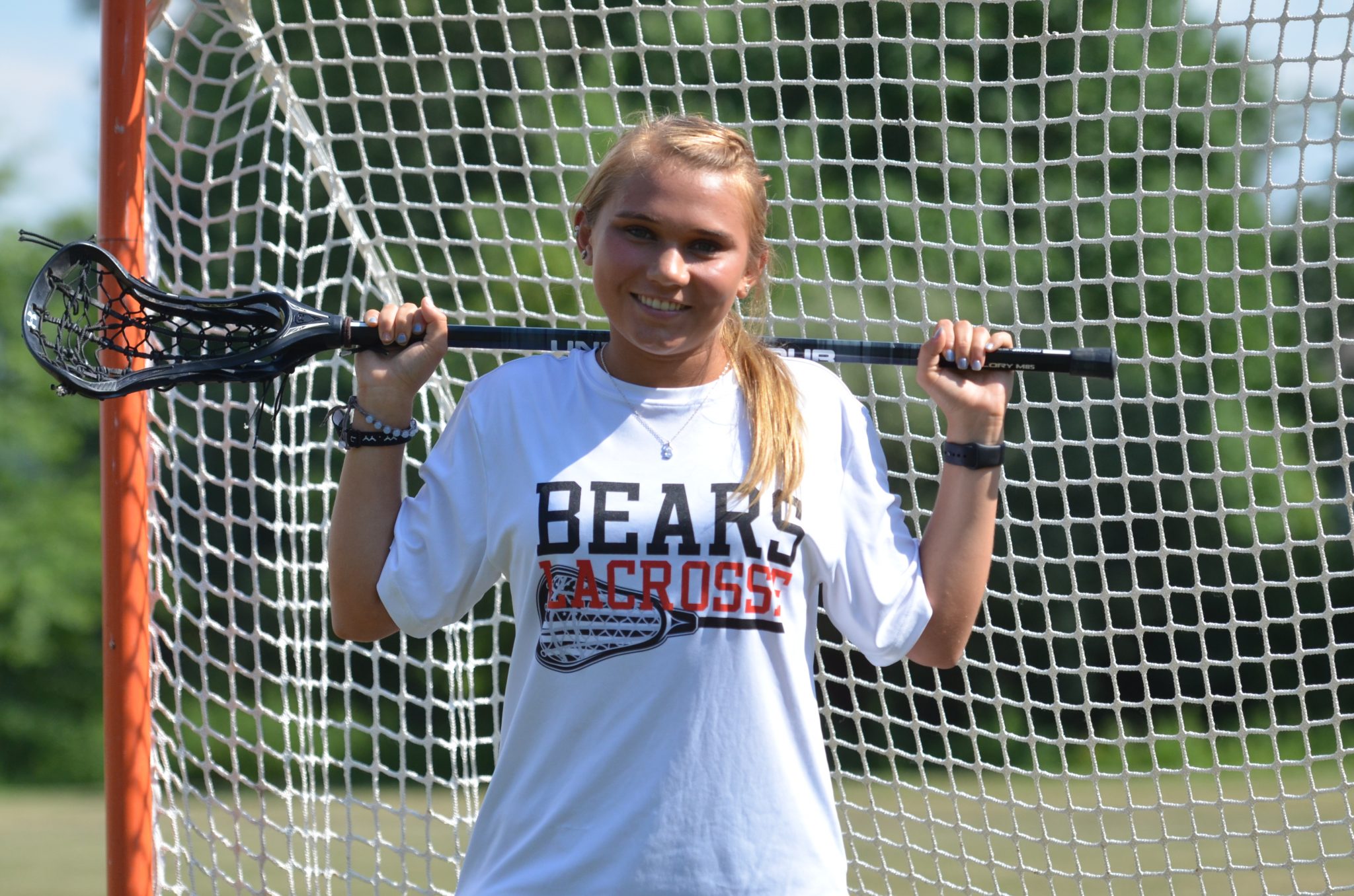 When Sydney Fox walked off the field after her first time as a varsity lacrosse player, she found herself on the wrong side of history.

Boyertown’s 152-game win streak in the Pioneer Athletic Conference was over. The Bears’ dominant run, which spanned nearly a decade, ended with a 7-6 overtime loss against Methacton in the 2015 regular season opener.

“It was horrifying, actually,” Fox recalled of her debut as a freshman. “I remember that game, my first varsity start. I was so nervous to be out there, didn’t want to make a mistake.

“For a lot of the upperclassmen, I know that loss stung a lot more. For me, it was kind of new — I never knew what it was like to be a part of that winning streak. But it was still hard to know that I was part of the team that ended that long streak.”

Over the next four years of her career, Fox and the Bears weren’t tasked with protecting the streak in an ever-changing PAC landscape. Nevertheless, they found themselves trying to recapture some of the glory of those before them.

Boyertown missed the PAC playoffs her first three seasons before finally breaking through her senior year. The Bears reached the championship game but eventually fell to four-time defending champion Owen J. Roberts in an unforgettable PAC final that was stretched to two days this spring. For her efforts on the field and the drive she showed in bringing her team back to league contention, Fox has been named the Mercury’s 2018 All-Area Girls Lacrosse Player of the Year.

She’s the first player from Boyertown to win the award since Haley Wentzel won it in 2014 amid a dominant run by the Bears. Prior to Wentzel, the award was captured by Boyertown standouts Kelly Furman (2011), Devyn Heidelbaugh (2012) and Rachel Engler (2013).

“Honestly, I’ve thought about this award since junior high,” said Fox, who is committed to play at Coastal Carolina next year. “Knowing Haley Wentzel had won it her senior year, I’d always dreamed about getting this. She was one of the best players I knew growing up.”

Having watched Fox mold over her years with the Bears, Boyertown head coach Pam Wernersbach saw the midfielder mold into one of the league’s best talents.

“As she got older and matured, she shouldered more responsibilities and pressure for the team,” said Wernersbach. “Gaining control of draws, scoring, hustling to groundballs, making connections down the field, higher levels of skill execution, etc. Everyone, players and coaches, knew they could depend on her consistently.”

The Bears finished 7-3 in the PAC’s Liberty Division, including a 10-9 win over league power Owen J. Roberts late in the year. Fox notched a hat trick and an assist in that win, a victory which wound up giving the Bears the momentum they’d need to finish the regular season strong and secure a spot in the PAC playoffs.

“That was one of our first goals, to get back to the PAC playoffs,” said Fox. “If we could do that, we knew we had a chance of getting to the championship game.”

The Bears opened up the PAC playoffs with a back-and-forth thriller against Pope John Paul II, eventually pulling out a 14-13 win. With that, Boyertown got its date(s) with destiny.

The Bears, once the power of the league, found themselves matched up against the PAC’s new dynasty — four-time defending champ Owen J. Roberts.
The game was halted by thunderstorms early on in the second half with Boyertown trailing 6-5 with 21:18 to go at Methacton High School. That meant the Bears had to load up the bus and head back to Boyertown, only to return the next night to decide the champion.

“Every second of that game, we stayed positive even when we went home losing by one,” said Fox. “There was no letting down for our team, even though it was probably the hardest game we played all season.

“During the lightning delays, we stayed hype and were ready to get back out there. Even the next day, it continued when we stepped back out onto the field.”

Fox and the Bears didn’t miss a beat on the next night.

Boyertown secured the opening draw, then worked the ball methodically around the pitch before Fox capped a four-minute possession with a score off a feed from Hayden Corcoran to even it up at 6-6 with 17:34 remaining.

“That was exciting,” said Fox. “I feel like if we did have more time, we could have gotten on a roll again, but it was a little limited.”

It proved to be the last Boyertown goal as OJR sophomore Hannah Delahaye scored twice in the final seven minutes to secure the 8-6 win and give OJR its fourth straight PAC title.

After earning a first-round bye, Boyertown met Owen J. Roberts again, a 10-4 loss ending the Bears’ campaign in the second round of the District One Class 3A playoffs.

“It definitely wasn’t the way we would have wanted to finish out our season,” said Fox. “Playing a team four times in a season is tough.

“But I wouldn’t trade this past season for anything. This year, we always thought it would be so different having lost 13 seniors from last year’s team, but we all kind of stepped up and replaced them. We didn’t have a choice. We needed to be the underdogs.” Boyertown’s Sydney Fox (1) celebrates with teammates after scoring a goal during the second half of the PAC Championship on Friday night. (Thomas Nash – Digital First Media)

A force in the league in her latter years, Fox can still recall her earliest days with the Bears, the days when she was a wide-eyed freshman just hoping to make an impact. That’s why part of her season had been mentoring up-and-coming freshman and fellow midfielder Lillian Mauger.

“She is a really good player. It was easy to connect with her on the draw,” said Fox. “We know what she’s capable of. I know what it feels like to be timid out there, but I tried to help her the way my teammates helped me.

“ I always tried to encourage her to never hold anything back.”

Just as Sydney Fox herself learned to do during her Boyertown career.