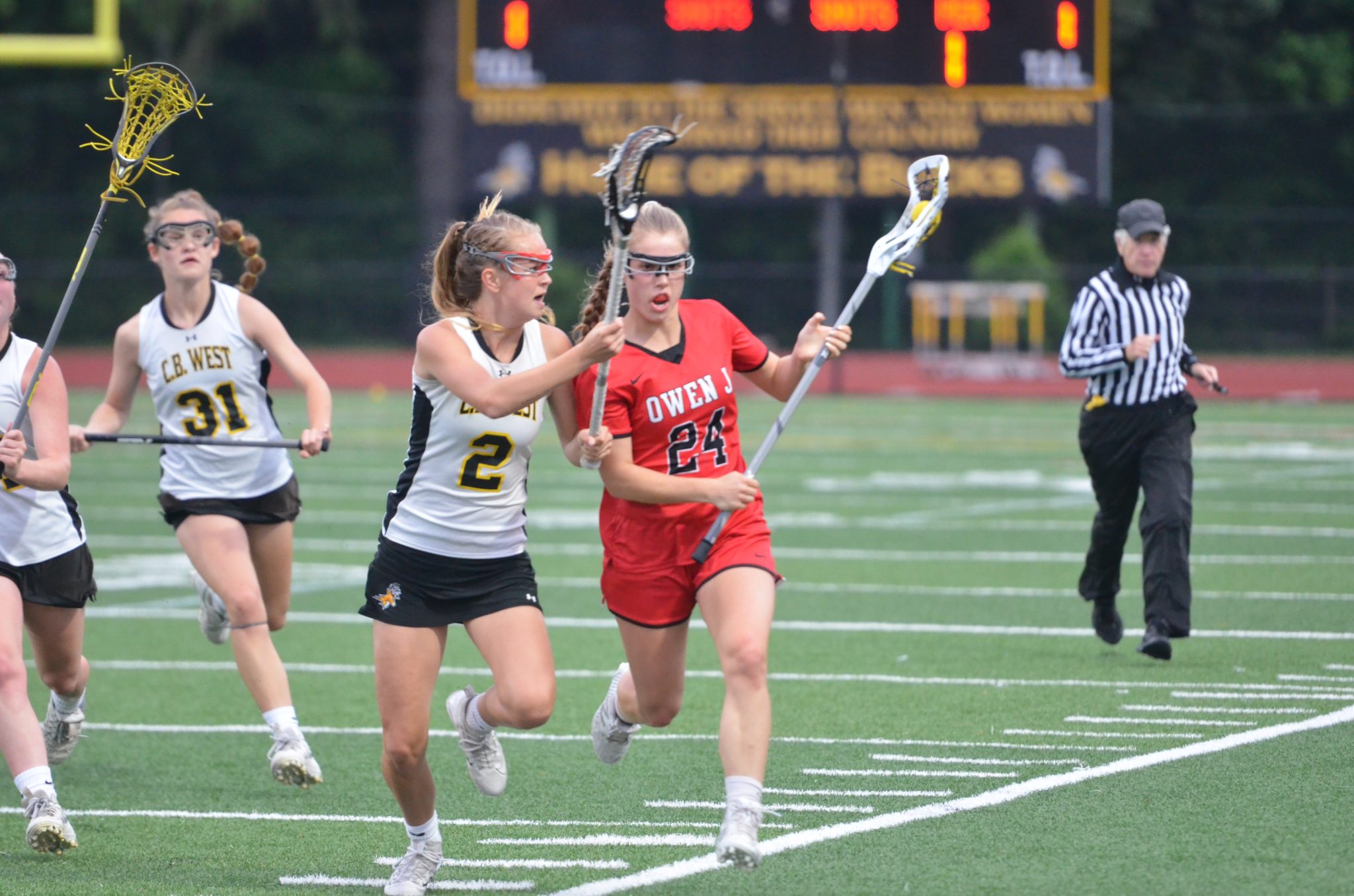 DOYLESTOWN >> For the first 49 minutes Tuesday night, Owen J. Roberts had an answer for everything Central Bucks West threw their way.

Then, in the final minute, the Wildcats were finally the ones calling the shots.

Junior midfielder Sophia Murray scored the game-winning goal on a feed from sophomore attack Maddi Koury with nine seconds left, giving Owen J. Roberts a 9-8 win over Central Bucks West in the District One Class AAA playback round to nail down a spot in the PIAA Class AAA playoffs for the third straight season.

“We called a timeout just before and said, ‘It’s time to stop answering them. Let’s make them answer us,’” said Owen J. Roberts co-coach Casey Kellogg. “We knew it was time.”

Murray’s timing herself couldn’t have been better for the No. 9-seeded Wildcats.

Central Bucks West secured the ball and set up shop on the offensive end with about four minutes remaining. The No. 4-seeded Bucks worked the ball around the zone methodically, milking the clock. Then, with just over a minute left, Murray picked off an errant pass and took it the length of the field before the ball worked its way over to Koury behind the cage.

Koury patiently waited, then hit Murray flashing out front who sent one just past the keeper’s right hip to seal it.

“I never ever catch those ones from Maddi. That was probably the first one all season that I caught,” Murray (three goals) recalled with a laugh.

“She told me that same exact thing right after she scored it,” added Koury. “I told her it couldn’t have come at a more perfect time.” C.B. West jumped out to a 2-0 lead within the first five minutes of the game on goals by Finley Ueland and Casey Reichwein. The Bucks dominated the possession in the early going, which started with the draw controls. For the first half, West used an 8-1 advantage on the draws, a trend that OJR would work to change in the second half.

Trailing 2-0, OJR was quick to bounce back. The Wildcats scored four unanswered goals over the next 13 minutes before Ueland notched her second followed by Emma Haring’s strike with six seconds left in the half to even it up at 4-4.

The second half proved to be everything as advertised with two teams playing for a spot at states. Both teams traded goals back and forth the entire second half, with OJR responding to every CB West score.

The teams combined for five goals during a four-minute stretch midway through the half, the last of which Eloise Gebert finished on a free position to even it up at 7-7 with 9:54 to go.

“We didn’t really get fazed by anything,” said Kellogg of her team’s poise in the second half. “Nothing about how we played really changed the whole time. We got down at times, but we possessed the ball and we weren’t frantic with it. We did a good job of keeping things in perspective.”

Three minutes after Gebert’s finish Dani Dundas scored a highlight-reel type goal, falling to the ground as she sent one toward the OJR keeper’s left shoulder to make it 8-7.

Yet less than two minutes later, Danika Swech drove the crease and finished her second goal of the night to even it right back up at 8-8. “That was probably one of the best games we played all season,” said C.B. West head coach Tara Schmucker. “We made a couple mistakes, one coming on our final possession, but that’s part of the game. These girls played a great game, we’ve just got to come out and play the same way (on Thursday).”

Swech and Gebert scored two goals apiece for OJR while Murray and Kelsey Kilgallon each scored once. For West, Ueland had a hat trick and an assist while Dundas scored twice. Chloe Miller-Russo and Haring each scored once.