Owen J. Roberts jumps all over Easton in PIAA-3A opening round 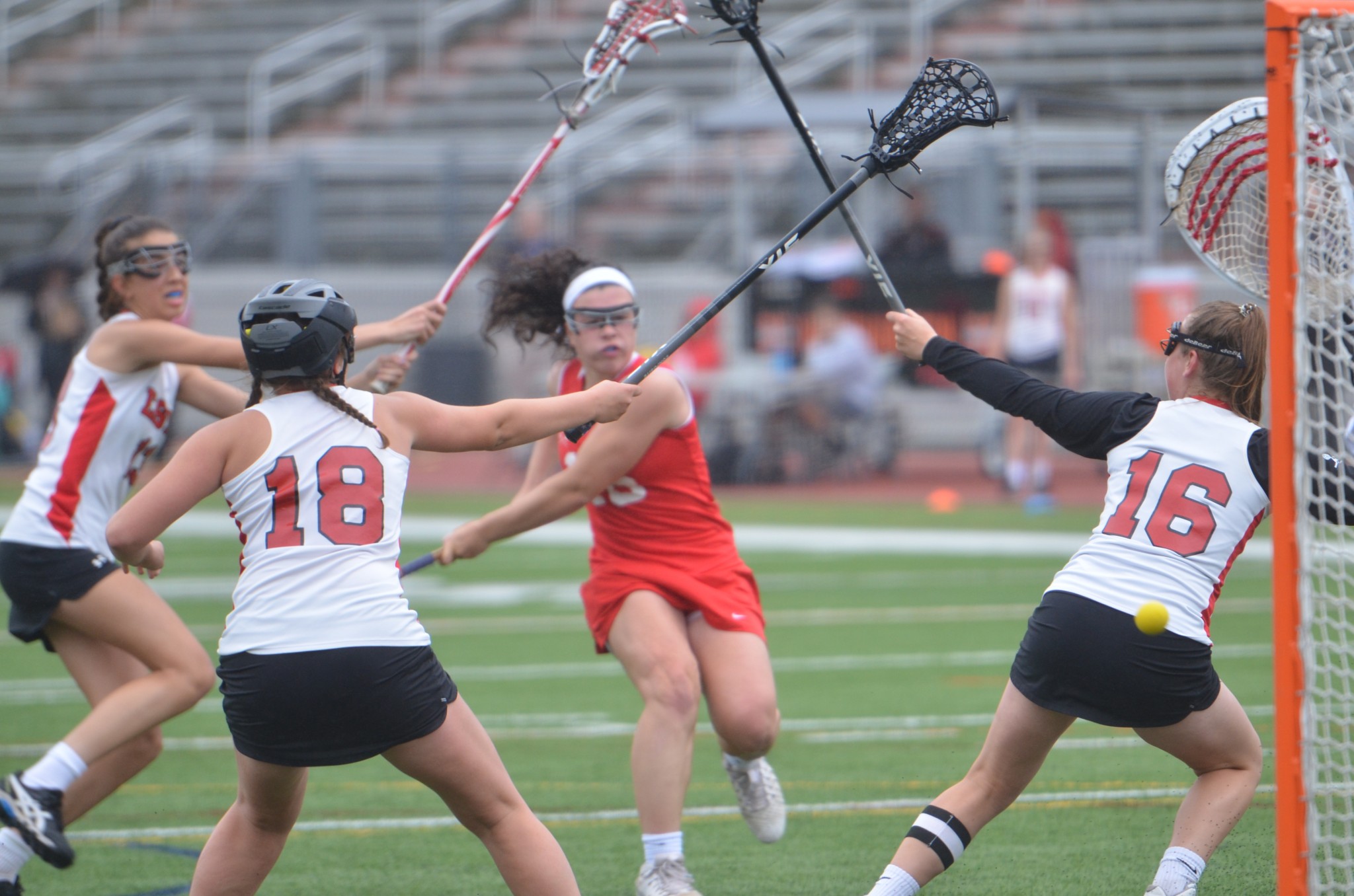 NORTHAMPTON >> Anna Dempsey has been around long enough to understand the trends that take place on the girls lacrosse field.

Yet even she couldn’t predict Tuesday’s game.

After getting behind just 30 seconds into the game, Owen J. Roberts rallied back, putting together several scoring runs en route to a 20-8 win over Easton in the opening round of the PIAA Class 3A playoffs at Northampton High School.

Although Easton tried to set the tone from the get-go, the Wildcats were the ones who controlled throughout.

Dempsey scored each of the Wildcats’ first two goals, which came just before OJR went on a 10-1 run over the next 20 minutes to give themselves plenty of breathing room the rest of the way.

“It was intense,” said Dempsey of being down early on. “We looked like it was our first game — we were breathing heavy, we were working hard. We all wanted to redeem ourselves after that first goal.” Owen J. Roberts’ Danika Swech tries to get toward goal during the first half. (Sam Stewart – Digital First Media)

OJR — the third-place finisher out of District One — advances to face District 12 champion Archbishop Carroll (an 11-8 winner over Strath Haven) in the quarterfinals Saturday at a time and location to be determined.

Senior attack Frankie Carroll scored six times for Owen J. Roberts while Dempsey followed with five goals. Danika Swech scored four times while Eloise Gebert had a hat trick to go along with a pair of assists. Rachel Sharpe added a goal and an assist while Kelsey Kilgallon added an assist in front of Mia Tornetta’s nine-save showing in net.

Owen J. dominated possession during the second half, eventually ending it on a six-goal run over the final 17 minutes before Easton’s Riley McDonald scored one as time expired.

Although he admits it wasn’t their most fundamentally sound effort, Owen J. Roberts head coach Joe Tornetta will certainly take the win and another chance to play in the state quarterfinal round.

“We buckled down and got enough done — we had people that stepped in and stepped up,” he said. “We played a little lethargic. We didn’t have much of a giddy-up in our step early on. They (Easton) came out and gave us all that we wanted to start the game. Fortunately, we kept to it and finally broke it open.

“I think when we bring it all, we’re pretty doggone good.” Leanna Deegan and Hannah Douner scored two goals apiece for Easton, the runner-up from District 11 making their first state playoff appearance in school history. Grace Langen, Riley McDonald and Ellie McIntyre each registered a goal while Emily Tuturice scored the game’s opening goal at 24:29 on a sweet feed behind the net from Deegan.

Both Dempsey and Tornetta were quick to point out last year’s state playoff run — when the Wildcats opened up with a rout of Danville then ran into perennial power Garnet Valley which ended their season in the second round.

“We’ve got to come out better Saturday then we did today,” said Tornetta, “or else it will be over for us.”

Admitting that her team was a bit overwhelmed by the moment last season, Dempsey and the Wildcats plan to use that experience this time around.

“This year, rather than being intimidated, we’re going to take this game on as a challenge,” said Dempsey. “We’re ready to take on whatever comes our way.”