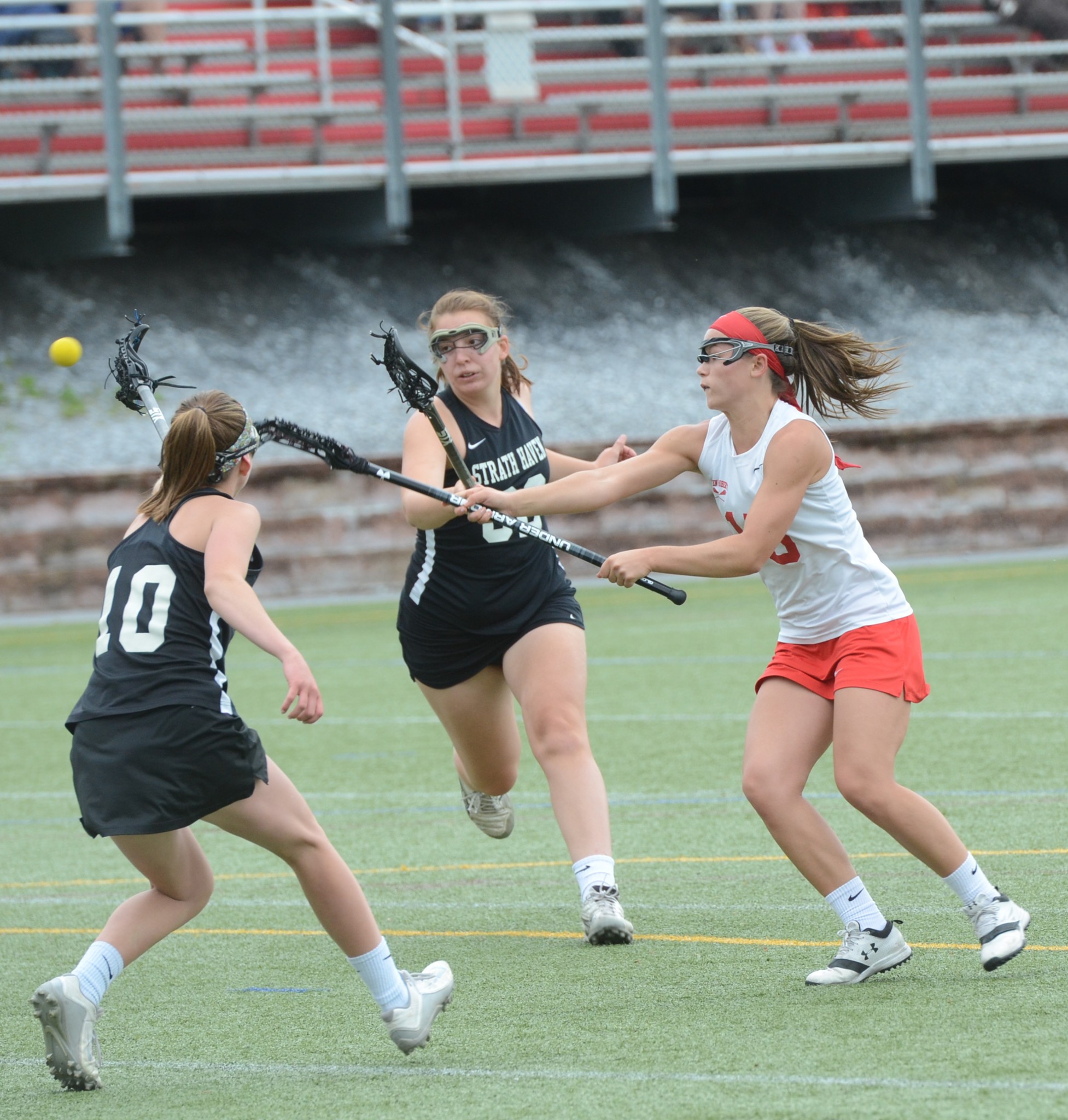 Yet, a week after capturing their third straight Pioneer Athletic Conference title, the Wildcats added another achievement onto a growing list.

It’s the Wildcats’ second state berth in as many seasons. This clincher, however, carries a little more weight.

“It’s nice to know that we still have it,” Dempsey, a senior Bloomsburg commit, said. “After last year I think a lot of people thought that we weren’t going to be as good this year. It’s nice to prove it.”

“We lost four really strong seniors from last year,” Gebert added, “but we have a whole team of strong people that were able to come in and take over.” Owen J. Roberts will face Conestoga, an 11-5 winner over Abington, in the district semifinals Tuesday at a time to be determined. Strath Haven, led by two goals apiece from Margot Hotham and Maddy Ruffini, falls into the district playback round. Seven teams qualify for the state tournament.

“It wasn’t our best lacrosse today,” Strath Haven head coach Pigeon Graham said. “Owen J. Roberts played a great game. We had a gameplan that we didn’t execute quite the way we wanted to. I think we need to do a better job of moving our feet and not checking defensively. We got into some trouble and that caused for a lot of eight-meters that put us behind a lot.”

The Wildcats cleaned up their miscues from their 14-10 victory over Harriton a round prior. Stronger passing and ball movement in the offensive half and better defensive positioning were the keys for a team that is on a continuous search for perfection.

“We emphasized in practices our weaknesses from last game,” Dempsey said. “Our big thing last time was crashing. We worked a lot harder on our crashing, that was our big problem using our sticks instead of our bodies. We also did a lot better on our double teams. We focused on our weaknesses and we got charge calls, so it worked for us.”

“When they were double-teaming us we did a lot better of moving the ball around,” Gebert said. “Last game we would just pass it back and forth between girls but today we were moving around and looking for open people.” Owen J. Roberts’ Anna Dempsey is fouled as she runs toward the net in the first half. (Sam Stewart – Digital First Media)

OJR never trailed Saturday. The Panthers had tied it at three behind a beautiful goal from Hotham just outside the crease with 12:50 left in the first half but OJR clamped down to close it out. Dempsey capped off a lengthy three-minute possession with a perfectly-placed shot over the shoulder of the Haven keeper to make it 4-3 with 9:02 left in the half before Danika Swech (two goals, one groundball) found the net on a free position try nearly three minutes later.

Frankie Carroll and Maddi Koury opened up the second half with back-to-back goals in a three minute stretch to pad the lead to 7-3. The goal-margin did not fall below three the rest of the way.

Tornetta made eight saves in net, her two critical stops late in the first half to preserve the two-goal lead, the first coming on a free position try from Hotham, the other coming from the stick of a Haven attacker right in front of the crease a minute later. Her interception midway through the second half on a pass through the crease capped off another strong day for the senior keeper.

“She’s (Tornetta) a huge wall back there,” Gebert said. “We trust her.”

“That interception. If she wasn’t the goalie she was, that would have been a goal because that was our defensive breakdown,” Dempsey said. “We weren’t paying attention and she picked us up.”

Conestoga spreads wealth in victory vs. Great Valley in district opener
Conestoga too much for Abington, punches ticket to PIAA Tournament