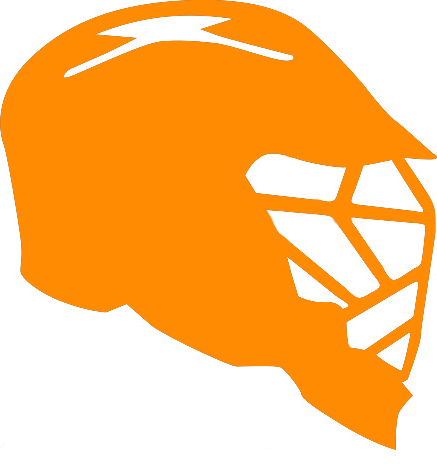 “At halftime, we talked about what needed to be done on defense, and to be patient on offense,” said Unionville’s first-year head coach Suzanne Sheehan. “Our mistakes in the first half came from when we were rushed.”

The win improves Unionville’s record to 10-1 – the Indians’ only loss this season has been to Garnet Valley.

Saturday’s game began as a scoring fest, with 11 goals in the first 10 minutes, as Harriton held a 6-5 lead.

“I was getting a little nervous,” said Sheehan. “Normally, we get an early lead, then we play more patiently. This is the first time [I can remember] us coming from behind to win.”

Harriton slowed down its pace of play late in the first half, and slowly built its lead, getting four first-half goals from junior attack Greta Stahl, three from sophomore attack Katelin Williams and two from junior midfielder Molly McDonough (the second coming with 22 seconds before halftime).

Unionville junior midfielder Erin Garvey, who tallied four goals and two assists Saturday (she also scored the winning goal in an 11-10 victory against Harriton in the second round of the PIAA District 1 playoffs last year), said, “We started the game a little slow; our defense was trying to adjust to Harriton’s attack. I think the key to our [second half] comeback was staying calm, knowing that we had another half to play, and that if Harriton slowed the pace, that would give our middies time to catch their breath [in Saturday’s warm humidity]. It also helped that we were winning the draw in the second half, because then we got more aggressive with our scoring.”

Garvey began Unionville’s comeback, scoring a goal with 16:27 left to make it 12-8. Five minutes later, Indian juniors Veronica Hineman and Hannah Close scored within 29 seconds of each other to cut Harriton’s lead to 12-10 with 11:06 left.

“We were working the ball around more in the second half, passing it around more, and [our] jitters came out,” said Sheehan. “And we were bumping the draw [control] around  with Jordan [Hower], Veronica [Hineman] and Erin [Garvey] – they were keeping the ball low – you don’t want to get the ball up against [the tall] Stahl.”

Hower, Hineman and Garvey each had a trio of draw controls.

Harriton head coach George Dick said, “We couldn’t win the draw control [in the second half] – so we couldn’t get the ball, and Unionville played patiently. Unionville is a good team, they hung in there, chipped away, and we ran out of gas.”

Hower scored with 9:49 left, and when Close scored from close in two minutes later (her third goal of the game), the contest was tied at 12-12. Unionville passed the ball around for the next 6 ½ minutes, and tried to work the ball inside in the final minute. Malone’s free shot with 18 seconds left put Unionville ahead for the first time.

“Everyone on the team kept encouraging me just before my shot, telling me I could do it,” said Malone. “I saw the [Harriton] defender coming in quickly, so I got rid of the shot as fast as I could. … Winning this game, and playing here at the Festival means so much – the Katie Samson Foundation is an amazing cause.”

Harriton tried one last shot on goal with seven seconds left, but Unionville junior goalie Madison Doucette made the stop to ice the game for the Indians.

“Doucette made a lot of great saves for us today,” said Sheehan.