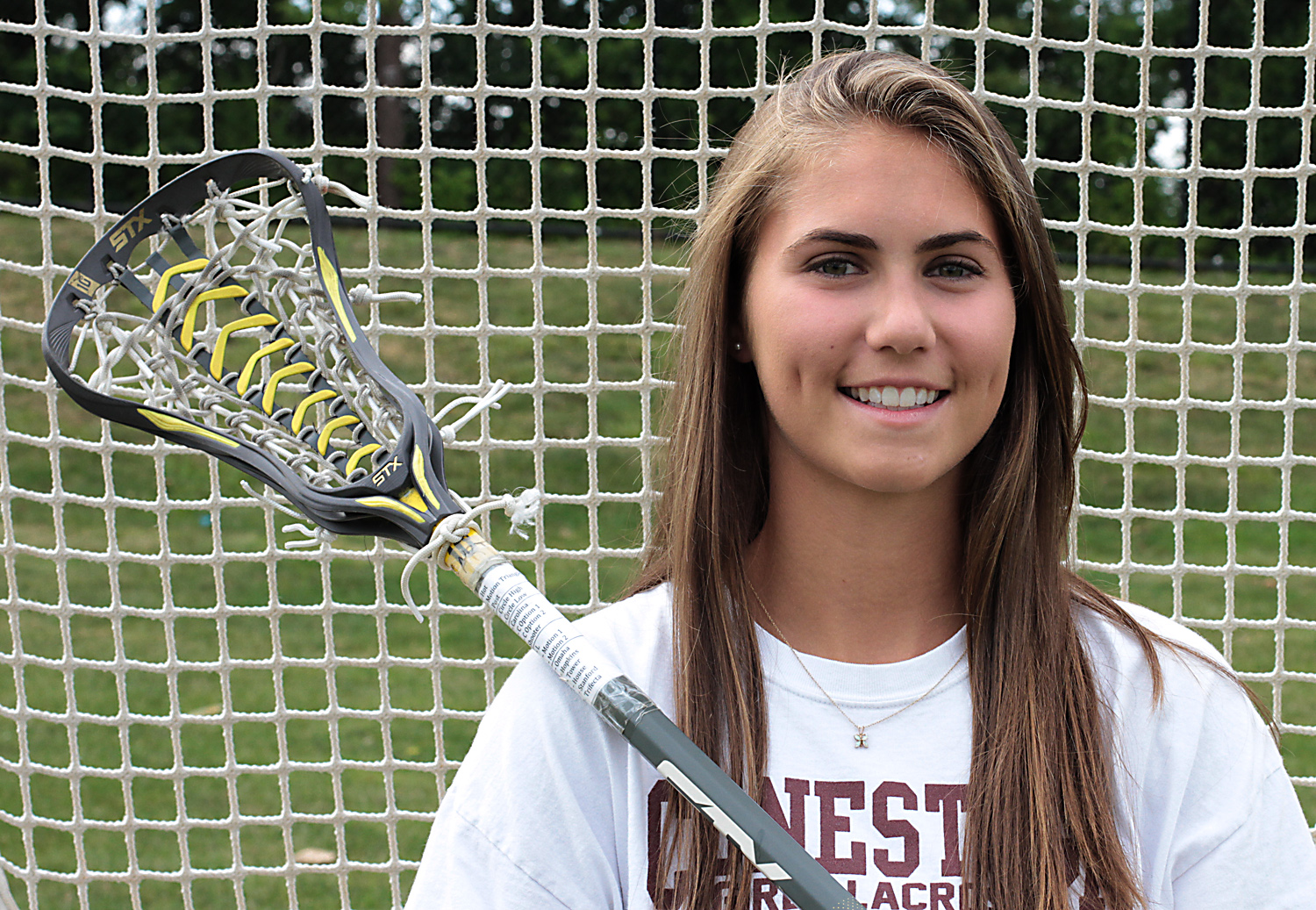 There may have been only one word to describe Monica Borzillo’s 2016 season.

Similar to the 25 games Conestoga played this year, Borzillo followed suit with highlight performances in each contest. Borzillo was aware of the plethora of talent the Pioneers had for her disposal. She had no choice but to stay on pace with her teammates.

“There were so many dominant forces on this team,” Borzillo said. “I felt like I was just keeping up with everyone else and focused on making sure that each game I did my part. Whether that was stepping up or helping another teammate who was on fire as best as I could.”

Borzillo lived up to that statement throughout the season with an astounding 79 goals and 109 assists in 25 games as she helped Conestoga win its first PIAA championship in school history. She was named the 2016 Daily Local News Girls Lacrosse All-Area Player of the Year.

“It means a lot to win player of the year,” Borzillo said. “I have worked so hard all year along with my teammates. The fact that I was able to have so much success this year with the help of my fellow teammates is amazing.”

Borzillo’s teammates played a huge role in helping her reach the 100-assist mark for the season, the first player in the area this decade to accomplish the feat. Her 109 assists came off the goals from Sondra Dickey (72), Liz Scott (53), Paige Loose (52) and Hannah Ashton (51).

Video game numbers as those made Borzillo’s goal of reaching the 100-assist mark in March attainable.

“I really wanted to reach 100 goals and 100 assists,” Borzillo said. “Once I reached those goals I focused more on bringing my game to the next level. I never expected to get over 100 assists in a season, that was truly my greatest accomplishment in lacrosse.”

Borzillo’s 188 points for the season is an area record since the PIAA instituted a lacrosse championship in 2009. Her 307 points in the last two seasons are the most in southeastern Pennsylvania.

In addition to Borzillo’s dominance, Conestoga followed suit. The Pionners made their case as arguably one of the best teams in PIAA history, finishing 24-1 in winning the Central League title with the PIAA championship.

Conestoga scored 389 goals while allowing just 166. The Pioneers lone setback was a shocking 13-10 loss to Radnor in the District 1 quarterfinals on May 21, which snapped an 18-0 start to the season.

Facing a do-or-die scenario in the district playoff bracket didn’t phase Borzillo nor Conestoga as the Pioneers won their next two games over Unionville and Central Bucks West by a combined score of 34-11 to seal the final PIAA berth out of District 1 with a fifth-place finish.

“That Radnor loss was a big turning point,” Borzillo said. “We realized we needed a team to win each game and that everyone really is important. The coaches, the bench and the field players all play a critical role in each game from that point on.”

Once Conestoga reached the state playoffs, it couldn’t be stopped en route to the state title game. Borzillo had 10 goals and 19 assists in the three games leading up to the PIAA championship against Radnor, including notching her 100th assist of the year in a 20-5 victory over Mount Lebanon in the state semifinals.

“We focused more on each individual step,” Borzillo said. “Of course the state championship was in the back of our minds, but winning the games in front of us and taking each step one at a time helped my team and I stay focused. I put in extra work and relied strongly on my teammates and coaches on improving my game. Listening to what they had to say and then working on what I could do differently.”

All of Borzillo’s hard work culminated in the PIAA championship as she lived up to her dominant reputation with four goals and eight assists in a 18-7 rout over Radnor.

Borzillo’s next chapter in her will be at Cincinnati in the fall, but her legacy at Conestoga will not be forgotten. She was a dominant force on a dominant state championship team.

“We’ll always be remembered as the team that won the first Conestoga girls lacrosse championship,” Borzillo said. “We will be remembered for our team chemistry and lived up to our reputation. Grit before glory.”