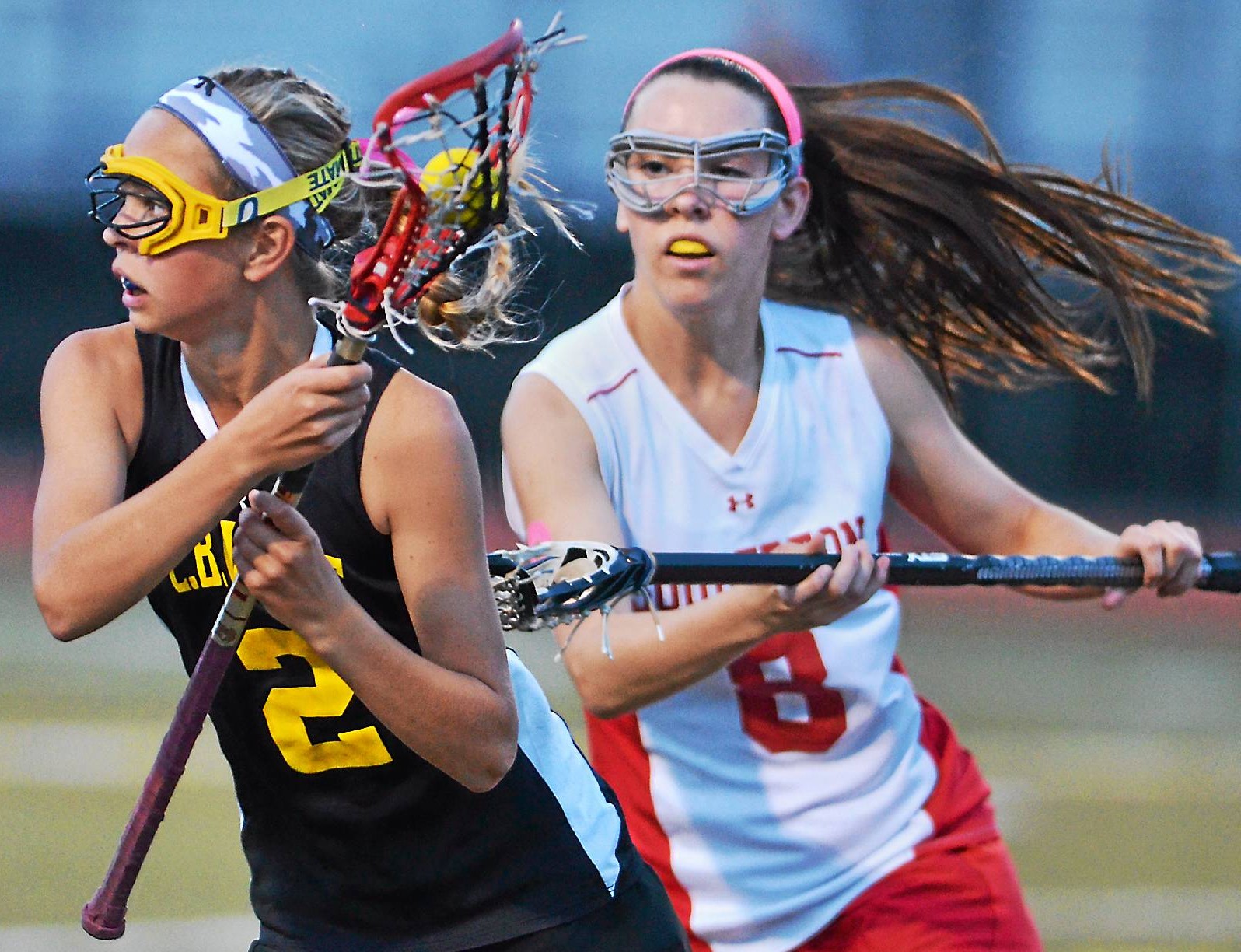 A season after sharing the Suburban One League National Conference’s title, both the Central Bucks West and Souderton girls lacrosse teams have hopes of once again being at the top of the conference’s standings in 2016. Although this time with a little less company.

Souderton has a new coach in Lindsay Walbrandt, who had a standout career with the Indians before playing in college at Lock Haven. Big Red graduated a talented senior group that helped the team advanced to the District 1 quarterfinals last season, but there will still be plenty of quality on the field in Franconia, including senior midfielder Krista Schneider and sophomore attacker Carlie Doughty.

“Our goals are to maintain the winning conference seasons of the past few years while developing our younger players to continue with many more successful years of the program,” Walbrandt said. “We hope to use our cohesive and aggressive defensive unit to control possession and translate that into goals on the attacking end of the field with a wide range of players who are capable of putting points on the board.”

Central Bucks West is coming off a year where it reached the second round of districts and returns five players that earned SOL National honors headed by junior first-team attacker Bryn Boylan.

North Penn under second-year coach Heather Mellow will look to join the Indians and Bucks in the title chase returning experience seniors Chloe Novak at midfield and Michelle Dyck in goal. Sophomore Grace Loughery — an all-conference fist-team pick as a freshman — and Pennridge try to continue their push towards the upper half of the SOL National.

In the Suburban One League American, Wissahickon had an unblemished mark in claiming the conference title in 2015, but Hatboro-Horsham — which made the district second round — Abington and Upper Dublin are all aiming to knock the Trojans out of the top spot.

Lansdale Catholic is looking for more in Year 2 under coach Alexis Setley. The Crusaders took third in the Philadelphia Catholic League and reached the league semifinals, where it was bounced by Archbishop Wood. Junior Jacqui Jester — a Rutgers commit — will continue to be LC’s top scoring threat, having already collecting over 100 goals in her career.

Methacton made the PAC-10 final in 2015 and with a pair of Division I commits in attack — Sara Hughes (St. Joseph’s) and Deb Peifer (Manhattan) the Warriors are primed for another run at the conference’s crown.

“Overall this season is exciting. I have a great group of girls who are passionate about the game and the competition,” Methacton coach Laurie Merkle said. “I think as we begin to gel as a team we should have a very competitive season. Looking to go further down the road in postseason with this group.”

“We also lost some key starters and are younger, but our biggest strength and philosophy is that we are not one-dimensional and everyone on our team contributes; this year is no different,” Schmucker said. “So we plan to be competitive and fight in every game.”

“The squad is a hardworking, service oriented group whose passion is to compete with tenacity and with poise,” Lawlor said. “We are really looking for a fun action packed season. This year leaders are emerging and are gearing up to assist our team in the pursuit to an excellent finish.”

“My expectations are that the girls have a successful season like last year!” Setley said. “I want to see them be just as good if not better this season.”

“We are looking at our core seniors to lead this team this year,” Mellow said. “With strong leaders and a well-balanced team we are looking to improve upon our record from last year.”

“This season we are excited to keep improving and be able to compete with the powerhouses around us,” Schnurr said. “This team is focused and dedicated and has been ready to go since last season.”

“We have a group ofyoung ladies who understand the game, are working hard and enjoy playing the game,” Reilly said. “I look forward to watching their progression having last

year’s experience behind them. If we play together as a team I believe we could have a successful season.”

“Our goals are to maintain the winning conference seasons of the past few years while developing our younger players to continue with many more successful years of the program,” Walbrandt said. “We hope to use our cohesive and aggressive defensive unit to control possession and translate that into goals on the attacking end of the field with a wide range of players who are capable of putting points on the board.”

“The girls have really been working hard to push each other at practices,” Yanocha said. “As long as we play together as a team and continue to strengthen a few of our weaknesses, our goal of making districts this year should be attainable.”

“We are working to be more competitive in the league,” Remmey said. “Our non league schedule is a mix of teams that we can hopefully compete with if we keep working hard.”