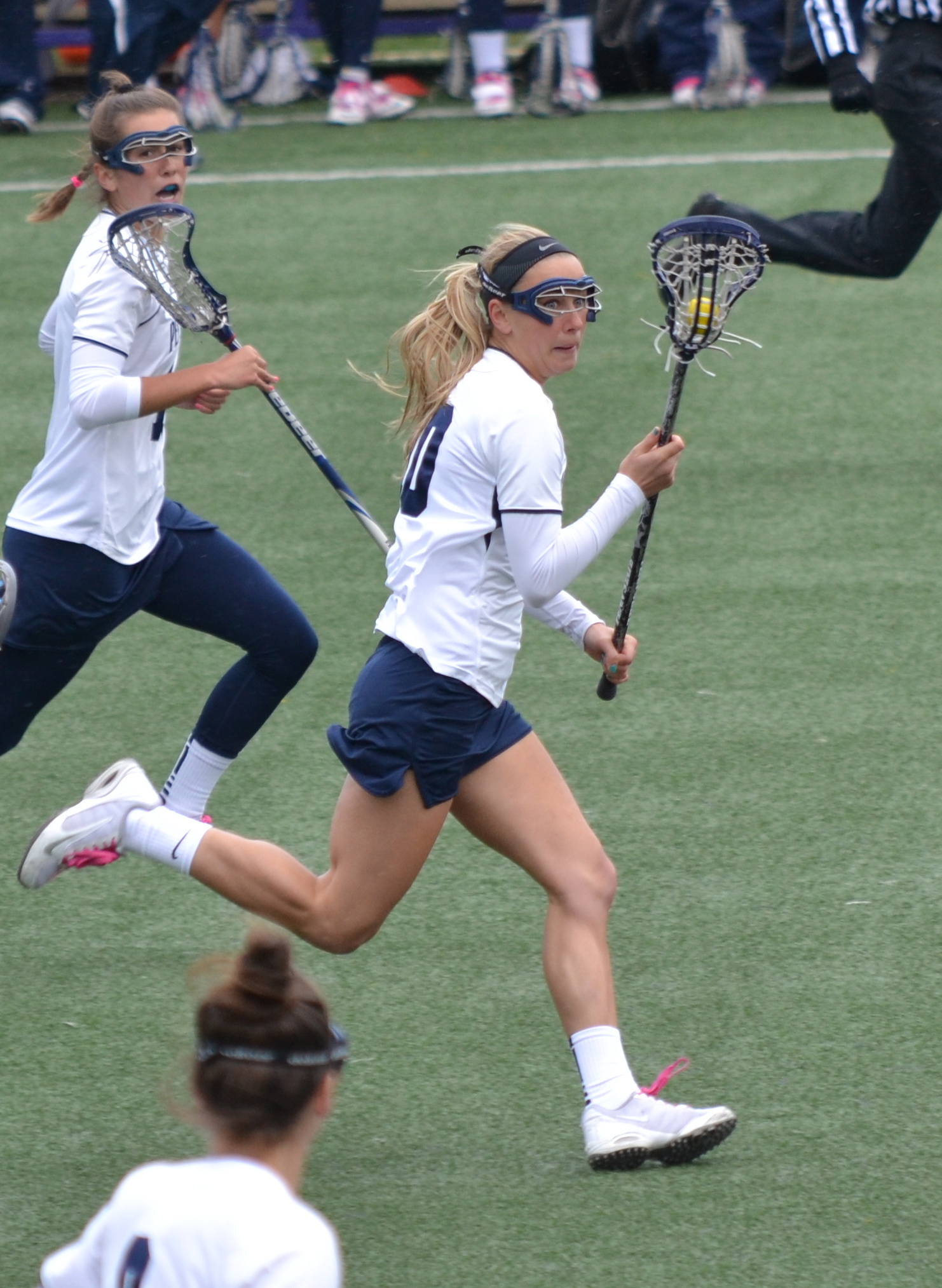 Garnet Valley’s girls lacrosse program has been the cream of the crop the last half decade. They’ve won the PIAA championship four of the last five seasons, including back-to-back titles the past two years. Its head coach, Jenny Purvis, has been innovative, cutting edge, and her coaching talents have been evident.
After helping Jenny rule Pennsylvania lacrosse last season as a Garnet Valley assistant, her little sister, Lauren, has earned the opportunity to write her own success story.
On Sept. 30th, West Chester Henderson announced Purvis will be its third girls lacrosse coach in the program’s 30-year history. She will replace Stephanie Kienle who resigned after seven years at the helm.
“Henderson is very disappointed to lose Stephanie Kienle as she was an outstanding girls lacrosse coach,” West Chester Henderson’s athletic director Ken McCormick said via e-mail. “But we feel very lucky that Lauren Purvis was available. Lauren’s resume is exemplary. She is a true positive role model for our female athletes and she understands the balance between academics and athletics within a high school setting. Henderson High School feels very fortunate to have someone like Lauren to continue the Warrior tradition, started by Kim Jackson, of excellence in our girls’ lacrosse program.”
Henderson finished 6-12 overall last season, and 4-7 in the Ches-Mont League National Division. Purvis follows Kienle, who took over for Kim Jackson.
Prior to her time at Garnet Valley, Purvis played Division I lacrosse and field hockey at Penn State University. In 2014, she was honored as the American Lacrosse Conference’s Defensive Player of the Year, as well as making First Team All-Conference.
“It was a great experience,” the 2014 PSU alumnus said. “I learned so much playing two different sports in college. When you play for two different teams, and two different coaches, you learn a lot and gain a bunch of different experiences.”
In high school, Purvis was first team All-Suburban One Continental all four years for Hatboro-Horsham. She also established a Hatters single-season scoring record with 91 goals and 38 assists.
The new Warriors coach has been around sports her entire life. Both of her parents competed at the Division I level and have coached Purvis at one point in her life.
“I have loved playing sports so much,” she said. “Both of my parents coached me and I felt that coaching was a great way for me to be on the opposite side of things. I think its an awesome opportunity to give back to the sport that I’ve loved my entire life.”
Coming from Garnet Valley’s prestigious program, Purvis learned from her older sister how to develop a positive, winning culture.
“Coaching with Jenny was another great experience,” Purvis said. “My sister has always been a mentor for me. She is my go to person when I need help and I’ve learned so much through her. Her team is dedicated all-year round and they’ve developed that competitive edge doing that. I think one of the most important things is playing as a team. Winning is obviously great but you really need to play for one another, and want to play for each other. Jenny’s team relishes every moment and they enjoy the little things. That’s probably the biggest thing I took from her and her program.”
Despite it being her first time as a head coach. Her older sister has no doubt she will be a success.
“I was so incredibly lucky to be able to have my sister as my assistant for one year. I wish I could have kept her but I know she will do a wonderful job at West Chester Henderson. Not only does she have an incredible personal lacrosse resume, but she really knows the game and puts a ton of time and effort into making her team great. She is a respected coach and an inspiring leader and I can’t wait to see her do great things at Henderson,” her big sister said.
With the strong competition in the area, Purvis will have her work cut out for her. Every girls lacrosse state champion has come from District 1, and last season the Ches-Mont League produced eight district playoff bids.
“That’s the great thing about this job. There are a lot of really good teams around here,” Purvis said. “You want to play the best if you want to be the best. You learn your strengths and weaknesses through playing good teams.”
The season won’t officially begin until March, however Purvis is already chomping at the bit to get started.
“I’m so excited,” she said. “I’m looking forward to working with the girls and seeing what they can bring individually and as a team. Hopefully we can get better every single day and we can compete with some of the best teams.”