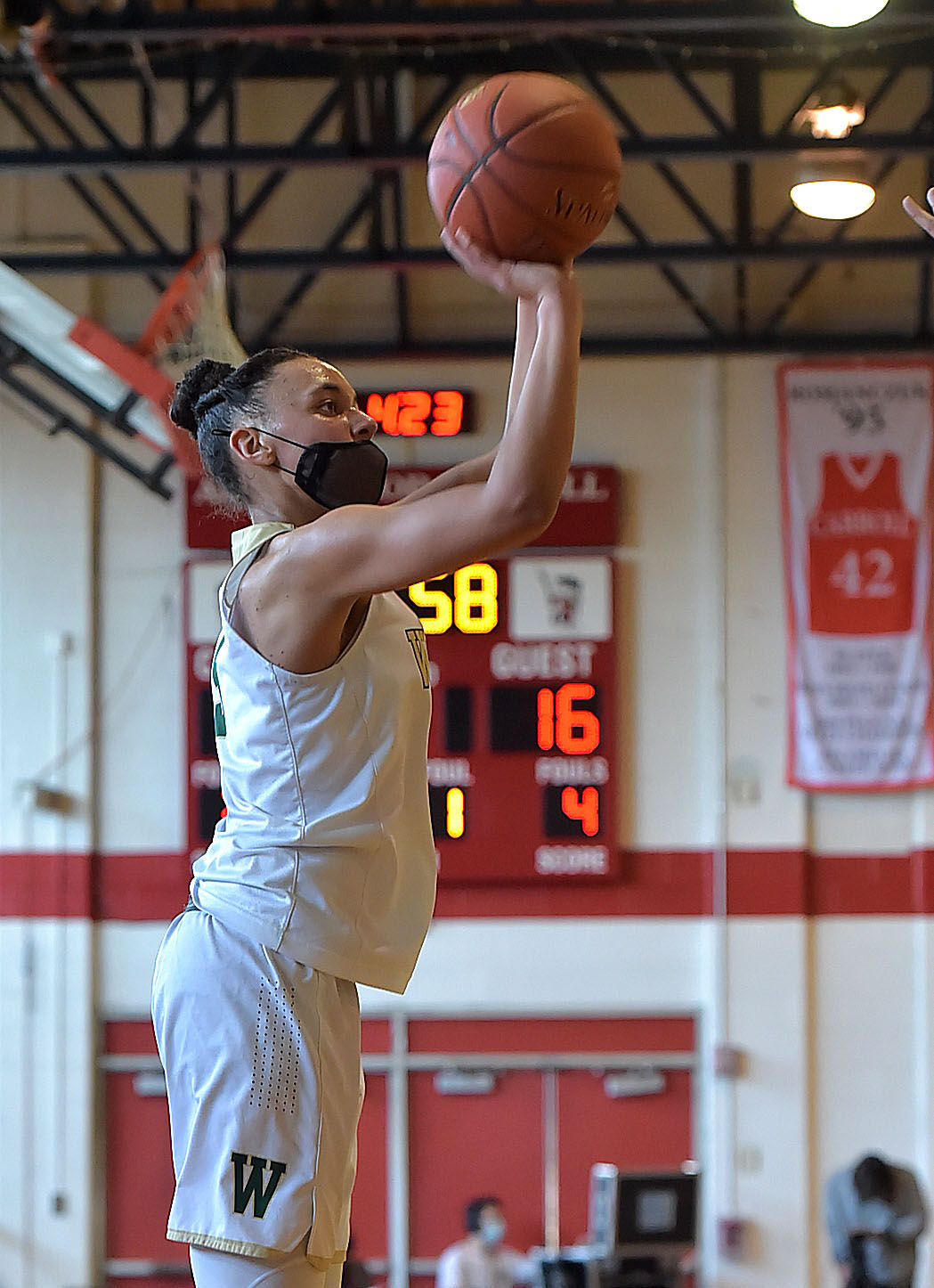 A season unlike any other tested players on and off the court in ways they could not have expected.

There were no games in December, no holiday tournaments or day-long showcase events, most teams were limited to league-only schedules, fan attendance was limited or not allowed at all and there was a constant specter of everything ending without warning. On the court, players had to wear masks and endured a lot of games compressed into a short schedule.

Despite all these challenges and others, the players, coaches and teams of the area showed their resilience and adaptability.

Team accomplishments and standout individual efforts rose above in 2021. Archbishop Wood returned to the top, capturing its first PCL title since 2016 and its first state title since 2017 with a win in the PIAA Class 4A title game.

Three teams saw their run of district titles continue, but for one, it was the also the end of the line. Gwynedd Mercy Academy, the regular season AACA champion, lifted the District 1 4A title for a fourth straight year before ending the season against Wood in the PIAA quarterfinals.

Jenkintown, which graduates a senior class that went 107-5 in four years, made its second PIAA Class A final in four years, falling to Bishop Guilfoyle. Before that, the Drakes won their sixth straight District 1 title and coach Jim Romano his 700th game.

St. Basil Academy won the AACA tournament for the fifth straight year and extended its District 1 3A run to the same number. Unfortunately with the school closing at the end of the academic year, the Panthers won’t be able to defend either title next winter.

Plymouth Whitemarsh won the SOL Liberty title and finished second in District 1 6A, a state playoff contender in any other season. Upper Moreland continued its build with a share of the SOL Freedom title, a home playoff game and District 1 5A semifinal bid.

As with most years, the area will bid farewell to a very deep and talented senior class that this year includes several record-setting athletes. Other teams saw a lot of promise from their underclassmen and set the table for what all hope is a more normal season in 2021-22.

Kaitlyn Orihel, Sr, Archbishop Wood >> The area Player of the Year for a second straight season, Orihel finished her Vikings career in championship style. A four time First Team All-PCL pick, Orihel leaves as the program’s all-time leading scorer with 1,462 career points. Wood won the PCL title for the first time since 2016 and its first title since 2017 as Orihel delivered 25 points in the PIAA title game.

Ryanne Allen, Jr, Archbishop Wood >> The 6-foot-1 junior was the top scorer for the PCL and PIAA champion Vikings at 16.5 ppg. A dead-eye shooter, Allen also showed an improving interior game as she earned First Team All-PCL honors. Her 22 points in the PCL final led all scorers and helped the Vikings lift the title for the first time in six years. Allen scored double-figures in every postseason game Wood played this winter.

Anna McTamney, Sr, Plymouth Whitemarsh >> A presence in the Colonials lineup the last four years, McTamney was again consistently good for the SOL Liberty champion and District 1 6A runner-up. McTamney averaged 13.1 ppg to lead the Colonials and her 1,127 career points are ninth in program history. A USciences recruit, McTamney also averaged 6.3 rebounds and 1.5 steals per game as a two-way standout and first team All-SOL Liberty selection.

Kaylie Griffin, Sr, Gwynedd Mercy Academy >> The AACA MVP was the engine driving the Monarchs to regular season league and District 1 4A titles. Griffin, heading to St. Joe’s, averaged 15.3 ppg that included 40 made 3-pointers. With 1,076 career points, she was just the third player to surpass 1,000 at GMA, won a district title all four years with the program and helped the Monarchs to the PIAA quarterfinals.