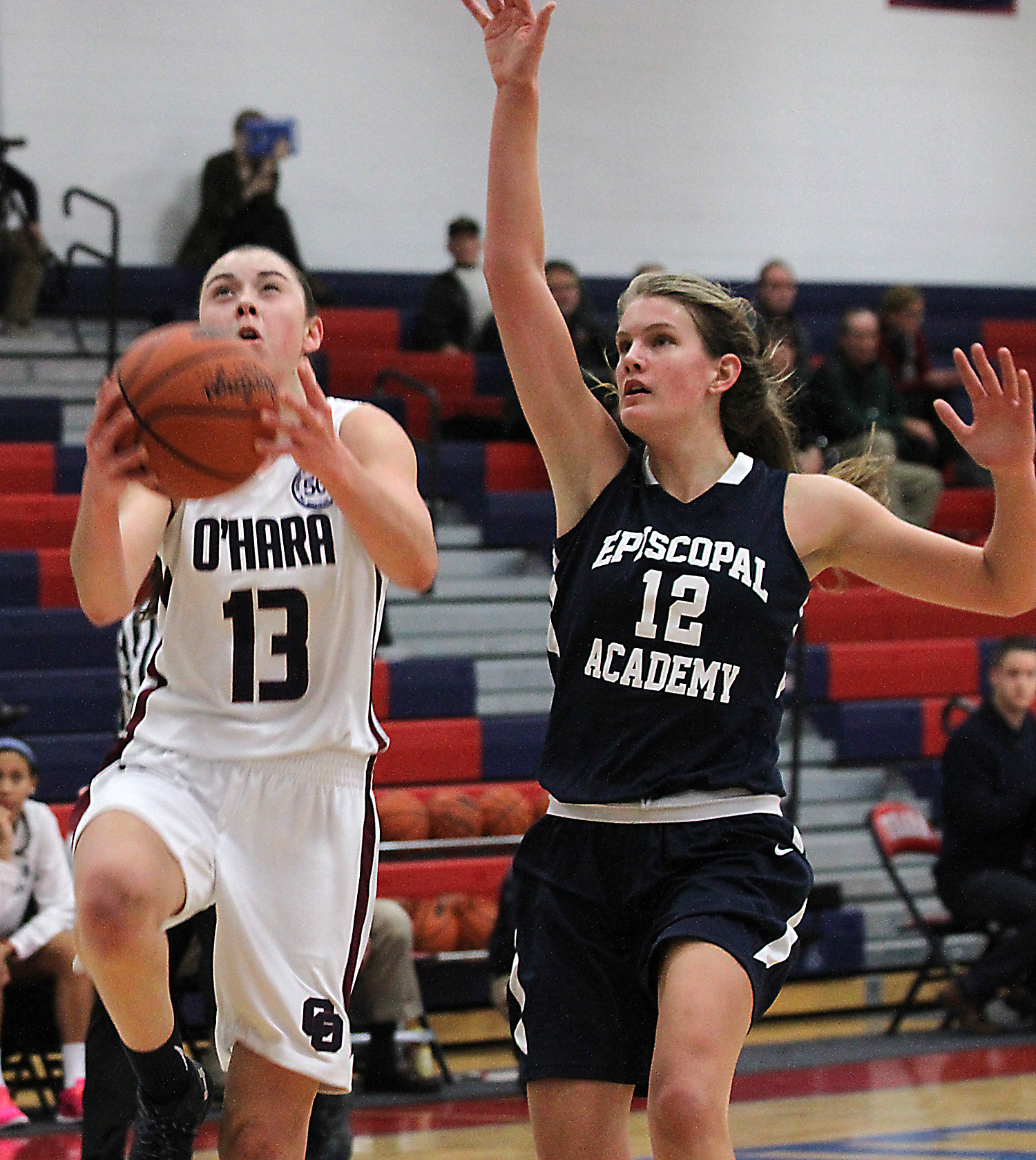 Though it’s hard to tell, the All-Delco has been playing catch-up ever since.

“I didn’t get cleared until September, and that was tough because I knew I had to get stronger for the high school season,” Sheehan said after the Lions’ 48-34 win over Episcopal Academy Monday afternoon at the Cardinal O’Hara Christmas Invitational. “Once I was cleared, I jumped into it and focused hard. It took a few weeks to get my shot back and put on strength. It was a ligament tear in my shoulder.”

“I think I’m finally starting to get back into it now,” she said.

Sheehan scored 10 points on 4-of-7 shooting, grabbed four rebounds and made four steals as the No. 1 team in

Gardler has strong ties to Saint Joseph’s, but her heart was set on ‘Nova Nation. Her mother Katie is a St. Joe’s Athletics, SJU Women’s Basketball and Big 5 Hall of Fame inductee. Her father Chris also played on Hawk Hill.

“Of course I have other family members that wanted me to go to St. Joe’s and see me play there,” she said. “I really felt comfortable at Villanova and I wanted do something that was different than my parents did, and I wanted to be close to home.”

Gardler, who intends to major in nursing, scored nine points on 4-of-8 shooting in Monday’s victory. She hit her first three field-goal attempts in a closely contested first quarter that ended in a 13-13 tie.

The Lions dominated the rest of the way. Gardler and Maura Hendrixson (eight points, five assists, two steals) drilled back-to-back 3-pointers to spark a 15-2 run in the second quarter. O’Hara enjoyed a 28-18 advantage at halftime.

“Our games have been really spread out so far, so it’s been hard to really get into a flow,” Gardler said. “Once the season the picks up, I think we’ll be good. I think we did pretty well today because we really worked together as a team.”

Episcopal got a boost from senior guard/forward Lily Kuntz, who was 6 of 8 from the floor with a game-high 16 points, but the Churchwomen (3-3) dropped their third straight decision against a formidable foe.

“It’s good to see her play well; she’s constantly working,” Episcopal coach Chuck Simmonds said of Kuntz, who will play at Middlebury (Vt.) next year. “She’s good at knocking down those shots. It’s a good option to have on the perimeter sometimes. She can play inside and has (the shot) to play outside.”